Time to Prepare with Virtual Reality Predictions for the Year 2018

The countdown will begin soon for 2018 and lot of preparations is yet to be done in the mobile app development world. Despite rumors that Virtual Reality falls short of surpassing Augmented Reality courtesy few unavoidable reasons that work behind its slower acceptance, the value of the Global VR market is likely to reach $26.89 billion by 2022. Top mobile app development companies, around the world, struggle to harness the applications such as Augmented and Virtual ones to be the pioneers of modern technology.

Also Read: Next big thing in mobile technology is AR and VR

If we have a detailed analysis of the modern picture in education, corporate, medical units and supermarkets, we can be surprised by the number of VR headsets employed there. So, how can we undermine the strength of Virtual Reality??

Such a statement brings us to yet another question and that is what will be the future of VR in mobile technology?? Responding to this question, a predictive analysis of the future trends for Virtual Reality is indispensable.

Let’s begin with the future trends:

Also Read: Virtual and Augmented Reality in Gaming Industry is a curse or a boon?

Time to draw the curtain

Timely future market trend analysis is always crucial to strategize prior to entering the phase so as to counter sudden challenges and continue sustaining the competition. Augmented and Virtual Reality has given a new direction for Top-rated mobile app development companies such as Fluper, who are always planning and plotting to create applications that are both innovative as well as technically updated and hence a complete of analysis of future market trends is important to brush up their in-house development skills in accordance to popular demand. So, if you wish your application to stay in the top list of the app store, consider availing the service of a dedicated mobile app developer hired to give an insight into ongoing and future market trends.

PAYMENT WALLETS FOR YOUR LIQUID MONEY 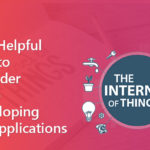 The Ultimate Guide To Game Development In Unity