Worldwide developers conference organized by Apple went for four days and the developers got an inside to the latest updates to be rolled out soon by the experts at Apple and their vision of making their way up in the connected world of the future. The expectations met the big announcements around 90% and the same will be seen soon on the iPhones, iPads, Apple TVs, MacOS, and watches.

Lets sum up the insides of the big announcements made during the four-day event.

Apple watch was lacking behind in competition before but now it seems have matched up rather set the bars high for other Smartwatch manufacturers. The new watch operating system has a walkie-talkie to talk to your nearby friends by sending voice messages, the watch can automatically track your workout and notify to stop if the heart rate exceeds rapidly and the watch has a WebKit ported too in order to access web pages using the Apple watch screen from anywhere.

With devices becoming common for every child grown up watching tabs and mobile phones has a lot going on social media and its the responsibility of technology providers to take care of the precautions and remedies to avoid side effects the social media and online portals can have on the teens. One of the shareholders at Apple want the devices to be incorporated with better parenting control tricks such as parents and children can review their daily activity control report and parents can activate the downtime where children can no longer access the apps connectivity although they can access basic functions like calling.

3. Siri has become wise by knowing the user

“Siri”, Apple’s voice assistant can do more than just talk back to the user. Siri can recommend you to make the smart decision and avoid user to make mistakes. The voice assistant can suggest you multiple places to eat when its lunch time and can suggest informing the concerned if the user is getting late for something. This she is able to do because of user behavioral study that goes on in the Siri’s software.

Machine learning to be used in the application needs to be taught to the developers or a framework needs to be handed over to the ios app developers to use it for further development or introduce plugins to existing apps.

5. An API for third-party healthcare apps

The third-party mobile app developers can easily access the health data of the user from the hospital’s data center to recommend better habits and solutions to stay fit. The data is secured at users device as well as healthcare servers with an encryption with allowing the apps to have a see through to the personal information of the user.

Before the conference took place a group of developers requested Apple to rethink the app store guidelines and during the conference, Apple announced a free trial to any app in the app store before it was limited to only subscription-based apps only along with a new section for apps to justify the security of the user data in their ios app development.

With the mobile app developers using Facebook to log in and misusing the user data has alerted other mobile app providers too and Apple has decided to restrict the cookies which track the user data and intrudes the privacy. The cookies associated with the sites which are not visited by the user in 30 days will be wiped out completely from the safari.

8. AirPods got an inch rewired

AirPods can effectively communicate with the iPhones to let the user listen to the voices outside by using the iPhone has a mic to the airports. This feature is an aid for the users hearing ability. Live listen can make life easier for people with hearing disability without having to buy a hearing accessory but the user should no the extent of the hearing disorder before making airports the only medium of hearing.

The new version iOS 12 is integrated with smart Siri which is a product of AI algorithms to monitor the day to day activities to the user and suggest or remind the activity related routines with the help of an exclusive app called Siri shortcuts.

The expectations of wwdc 2k18 were true to quite an extent with no cheap MacBook Air in the future. Apple has made remarkable changes in the iphone app development tools and consumer products.

Also read: Big announcements on day one of wwdc 2k18 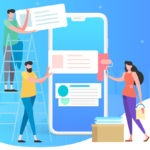 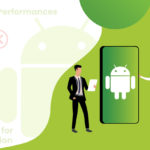 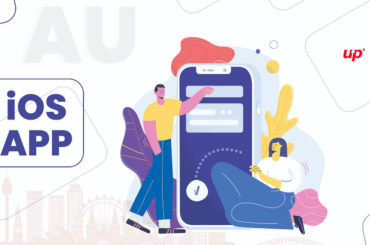 What are the main factors involved in the Newspaper App Development?