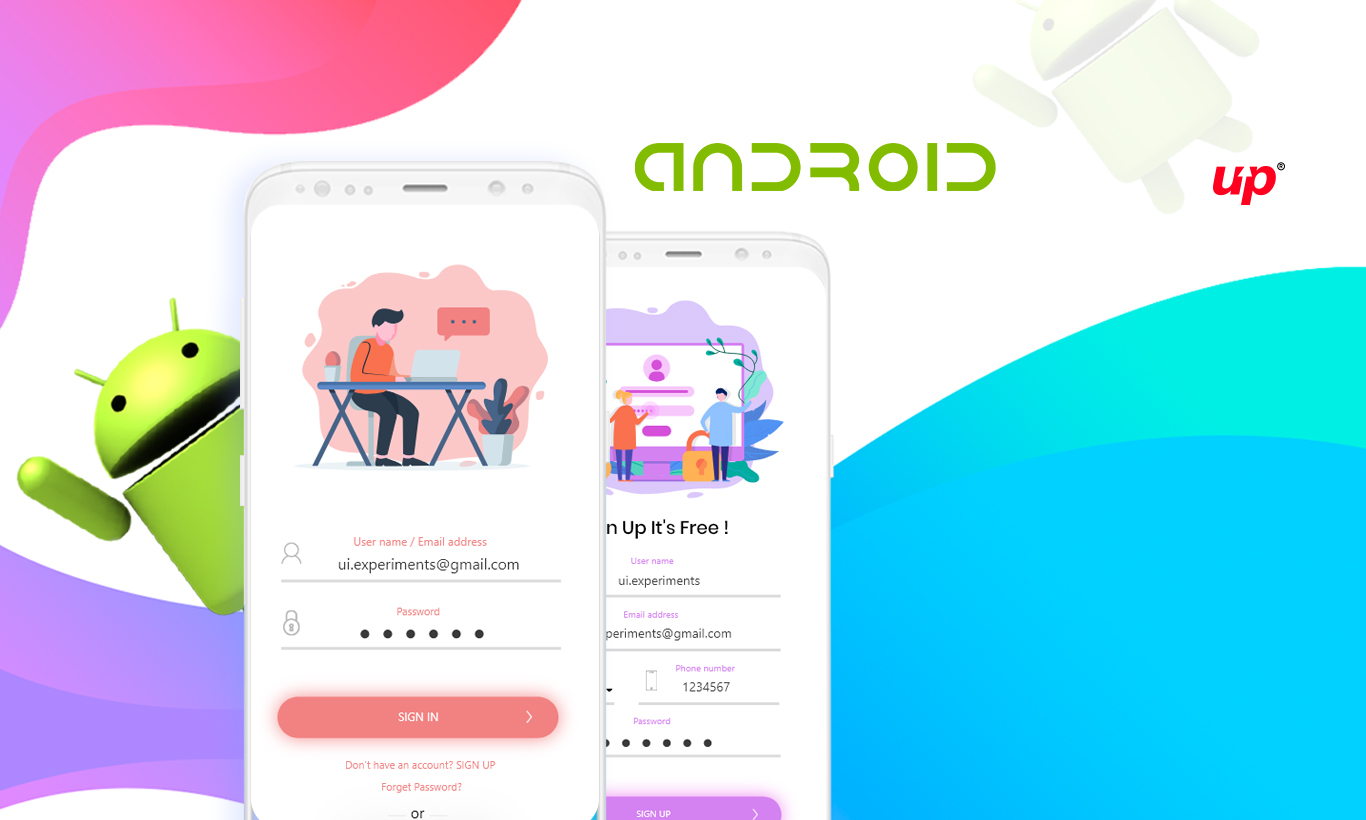 From time to time, people come with great ideas, but there are only a few people that come forward with the right idea and convert it into success. The mobile app sector is booming at a high speed and to stay ahead in this race it is crucial to think about a plan that makes you different from the crowd. Developing a business app and developing a successful business app that inspires others is a different scenario. In the booming mobile app industry, it is the right opportunity to transform a simple plan into a game-changing concept.
To motivate our users, we have summed up the list of top 10 successful Android apps that will fuel up your confidence and help you to remain motivational.

Want to get inspired? Let’s have a look at the success story of top Android apps. Read more ! 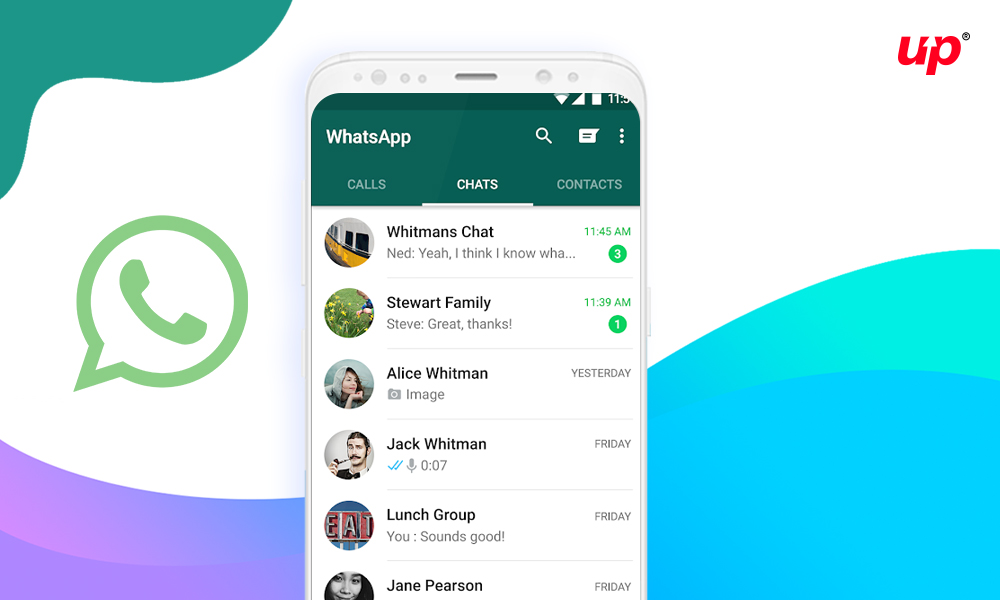 WhatsApp is without any doubt the most used messaging platform used by people worldwide. The idea of the app was founded by Brian Acton and Jan Koum while working on Yahoo. The ease of use and accessibility, and easy tracking are the features that make WhatsApp famous among others messaging apps. In 2014 this messaging app was sold to Facebook for $19 billion. The Android app of WhatsApp also undeniably achieved intense accomplishment in the shortest timeframe. Being the most flourishing message app on the globe, WhatsApp sets the right example for start-up enthusiasts.

Also Read: Cost to Build an App Like Whatsapp 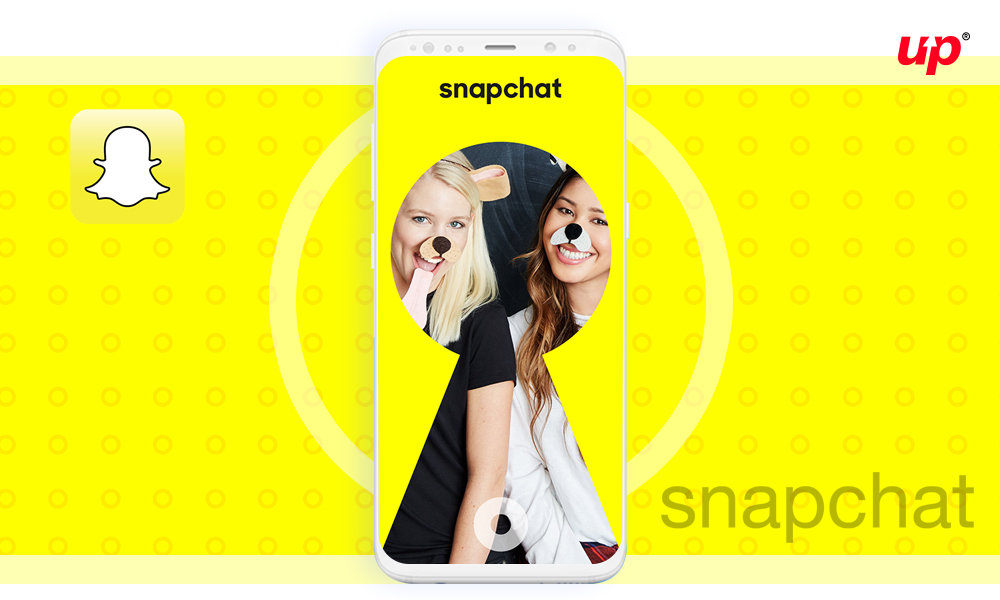 The Snapchat success story is a rewarding one. Snapchat is the app that offers users with different filters that makes it unique from other apps. It gained fame among millions of people because of the high point of security it provided to its users. Initially, the app was named Pictaboo by its founders Reggie Brown, Evan Spiegel and Bobby Murphy but later when these two founders received investments from diverse sources they changed the Pictaboo name to Snapchat Inc.

Nowadays, you will hardly find an individual of a certain age that hasn’t heard about the app. To enjoy the core features of the app users can connect with their contacts. Maybe these unique features transformed Snapchat into a well-known app. Even many people downloaded the app due to curiosity and others downloaded the app to take the goofy photos in funny moments. 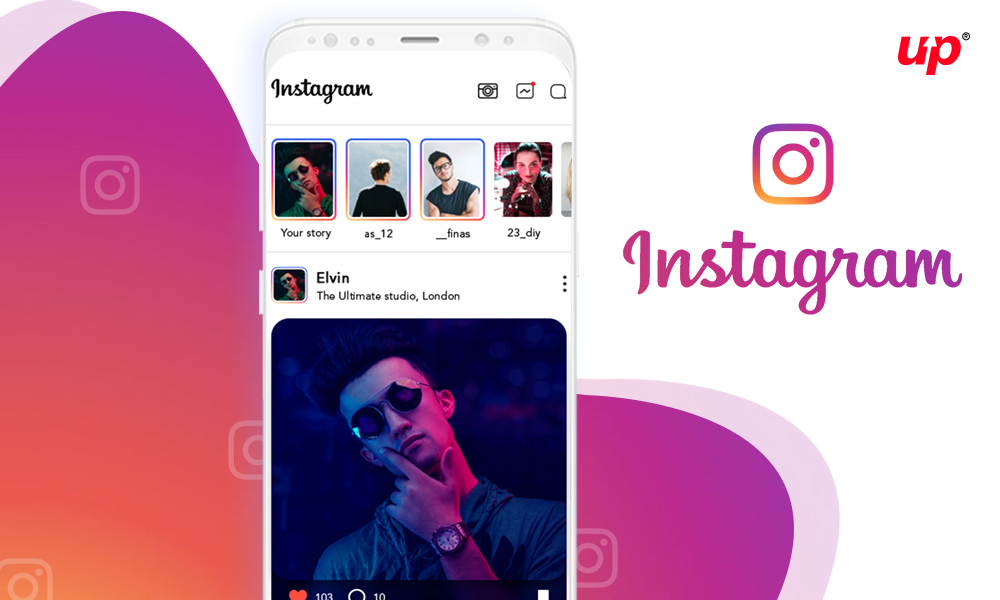 Over the past few years, Instagram has achieved spectacular success and explosive fame worldwide. The photo-sharing app is not only limited to photo sharing but also is the best way to promote your business services and products. Soon after its release, the app became one of the preferred mobile apps in the marketplace. Instagram is founded by Mike Krieger and Kevin Systrom. The app has its unique set of features that makes it different from other apps in the marketplace.

The app was launched in 2010, and today this app boasts more than 700 million registered users, and 250 million users post their stories every day in this app. Being one of the engaging applications more and more people are turning towards the fame of this app regularly. Not surprisingly, but due to the skilled efforts of Mike and Kevin- Instagram has become the best app of 2018. Uber’s explosive growth makes it one of the successful businesses in the current marketplace. The story of Uber started in 2008 in Paris when two friends Travis Kalanick and Garrett Camp were attending a conference. One night when they are waiting for a cab for several hours they decided on an app that will offer quick services to travelers. But after the conference, both friends parted their ways without any further decision. Later on, the most electrifying app was crafted by Garrett Camp.

At present, the cab booking app is the most unrivaled taxi service used all across. The modes of services are easy and allow users to book a ride with just a few clicks. The successful app at present has extended its services like Ubereats and Uberchopper. Flipkart’s success story is one of the stories that truly need to be part of this list. The Flipkart app is easy to use and used by people for shopping purposes. The story of Flipkart or success story of Sachin Bansal and Binny Bansal is not a hidden story but an inspirational story that keeps everyone inspired and encouraging at the same time. If you too want to create a success story of your own then what are you waiting for? Choose the right Android app development services company in UAE that provides you with authentic solutions to change your idea into reality. Flipkart like others has achieved this success after traveling a long road full of obstacles. The company initially started working as a book store and with its 20 successful shipments in the first year, the company that has crossed the first step towards success. Since the start of 2017, Flipkart has achieved several milestones. The platform has not only emerged as a successful eCommerce platform but also helped other startup businesses and sellers to gain recognition in the marketplace. TikTok also is known as Douyin was launched in 2016 by ByteDance. It is an Android and Android media app for sharing and creating short videos. The application enables users to make short video recordings of 3 to 15 seconds. The TikTok app positioned at number #1 Position among free application downloads on application stores. Well, you will be surprised to know that the idea of TikTok was not introduced by Byte Dance’s CEO whose background includes the establishment of a real estate search engine. In fact the idea of the app was introduced in 2014, by two Chinese friends, Alex Zhu and Luyu Yang who initially decided to Build an Educational Application but later they decided to create something as Same as Taking Selfie, Listening music, and adding Stickers that will attract the younger generation at the same time but in the Video Format.

At that time the Musical.ly started getting less download rate in the Android and Google store. So they added the Lip sync practice to their Application and got a good response. Now that was the time a successful Chinese company came into existence and ByteDance spent over it. So we can say that TikTok is a video sharing app with a twist. 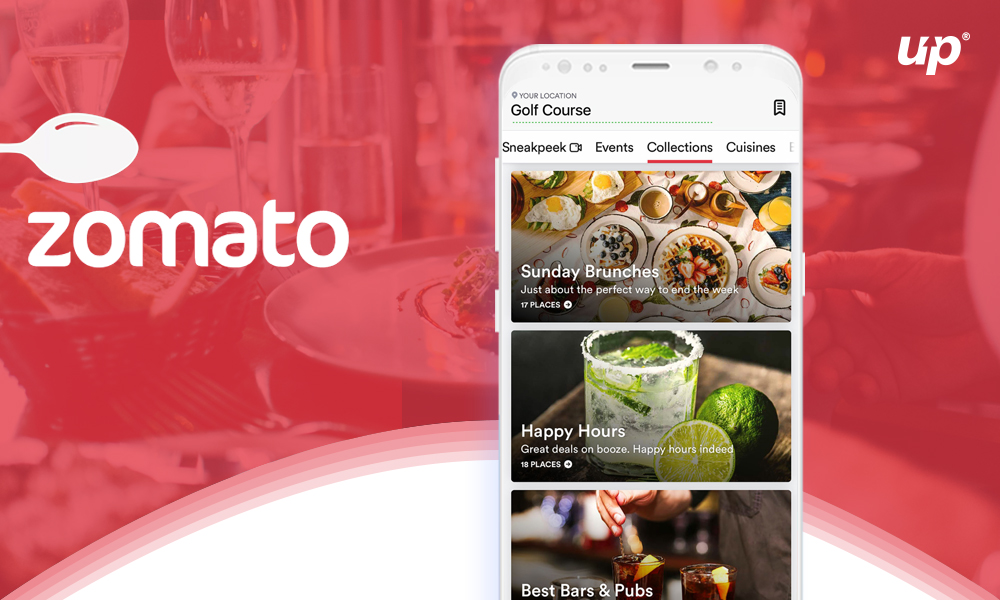 The success story of Zomato is not unknown to anyone. The app is simply an integration of restaurants and other food delivery solutions. The advancement in technology has paved a great way and lead to several innovations and it is important to mention that food app development is one among the list.
Zomato has been one of the most widely used food ordering apps that attracted a huge number of users with its innovative features. This app is a one-stop solution for your food cravings. Mr. Deepinder Goyal and Mr. Pankaj Chaddah are the co-founders of ”Zomato”. The app is used across 22 countries thus making it one of the largest mediums in the world. 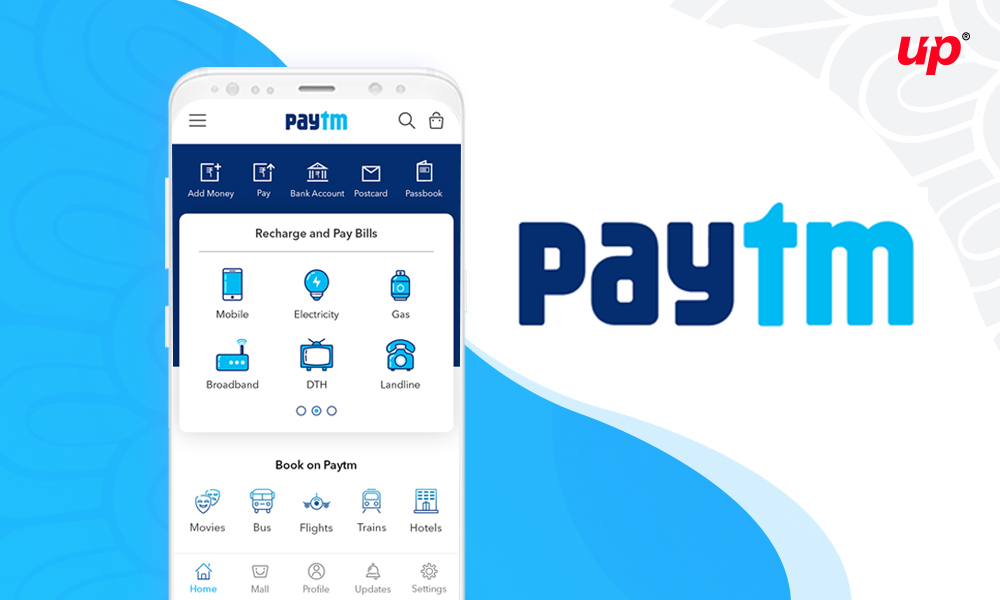 Being one of the demanding apps in this digital era, you will find every second person having this app on their mobile device. It has become a need of the hour in no time. Founded by Vijay Shekhar Sharma in 2010 the app is currently used by millions of people, Paytm is the best app that offers you with digital transactions. According to my opinion, if you are planning to create an app like Paytm then start with the few features as required by the users and later on add some unique features after your app starts gaining recognition. The process of a successful app is not a one day story it takes years and it is certainly a continuous process.
Without any uncertainty, mobile app development companies had become the major growth sector for all type of business. What you need is to mark your goals in the calendar and track days of performance with visible X for each day accomplished. It will also help you in taking the right steps crucial for attaining a particular goal and help you keep an eye on the whole thing. 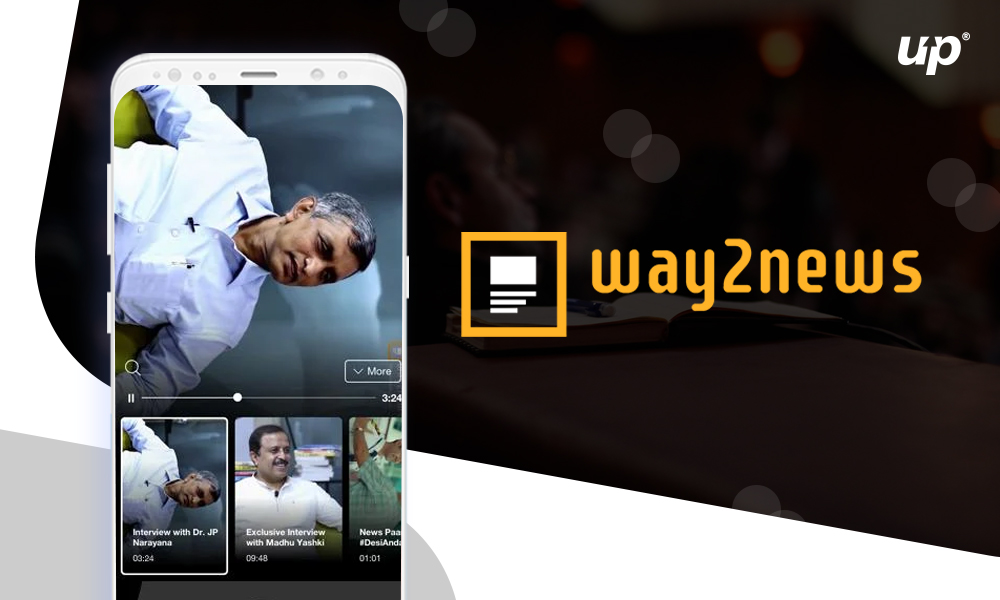 Ways2News is another success story that deserves to be part of our list. The idea of this app Ways2News was created by a squad of technology experts who want to do something different keeping nature in mind who are engaged in moving the market, thus bringing news and trends in the market.
Way2news app is developed by Fluper with advanced AI technology that understands what you choose reading the most and delivers you with tailored News flips. The news app has a rich Magazine style format and an exceptional flip experience. The handcrafted short news app keeps users updated with the latest News Updates and Breaking News Alerts on the go.
If you want to develop a news magazine app then you can connect with a news app development company and can achieve tremendous success in a very short period. 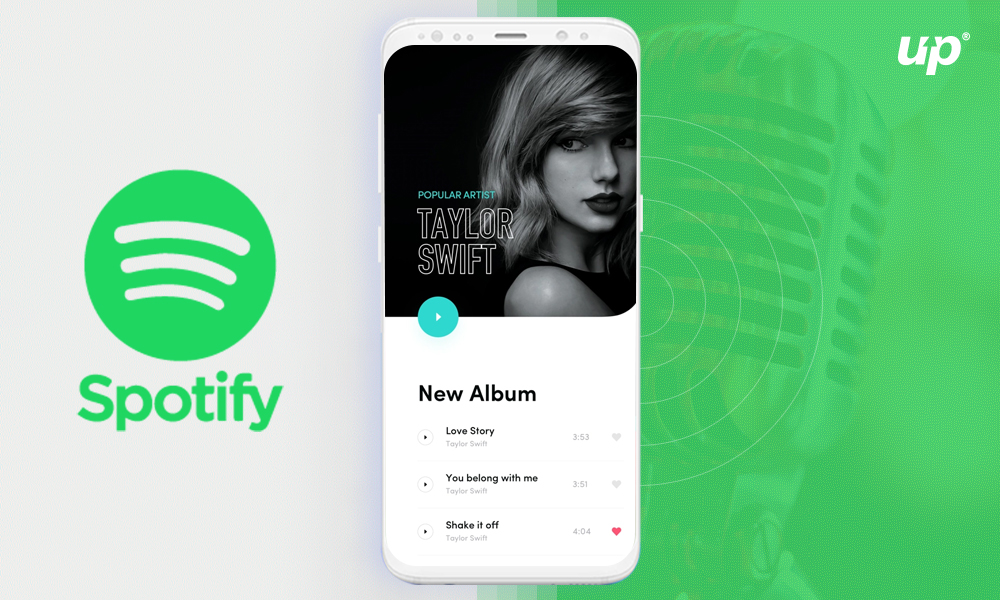 Spotify is a remarkable media service app with a great story. In just 6 years of the time, the company revenue rate is more than $10 billion. The app has more than 50 M users out of which 12.5 M of users pay for the service. The story of Spotify is quite motivating one. But how did the company get to this position? Spotify founders Daniel Ek and Martin Lorentzon met in Sweden in 2005. They discussed a lot of ideas back and forth and spent several hours in Daniel’s apartment in a suburb to Stockholm.
They discussed deep into Spotify’s story to discover the key elements that helped them nurture to incredible heights. The app is easy to use and thus provide hassle-free solutions to users in no time. It has managed to secure its position in the market and this app is no more a small figure in the world. Even you can consider it in the same club as Instagram and Snapchat who also boast huge appreciation.

In this write up we have shared the success journey of some of the successful Android apps who have set benchmarks in the marketplace with their tremendous success. Before you step ahead to create an app like Uber or Flipkart keep in mind that there are far too many copies of these apps in the market that offers the same services but somehow fail to catch on. Apps that win the market have competitive benefits with unique customer loyalty strategy propositions that make them significantly different from others in the pool of marketers.
So, why are you still waiting? Discuss your mobile application development plan with us today! 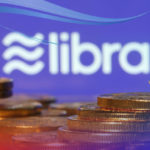 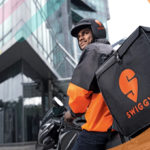