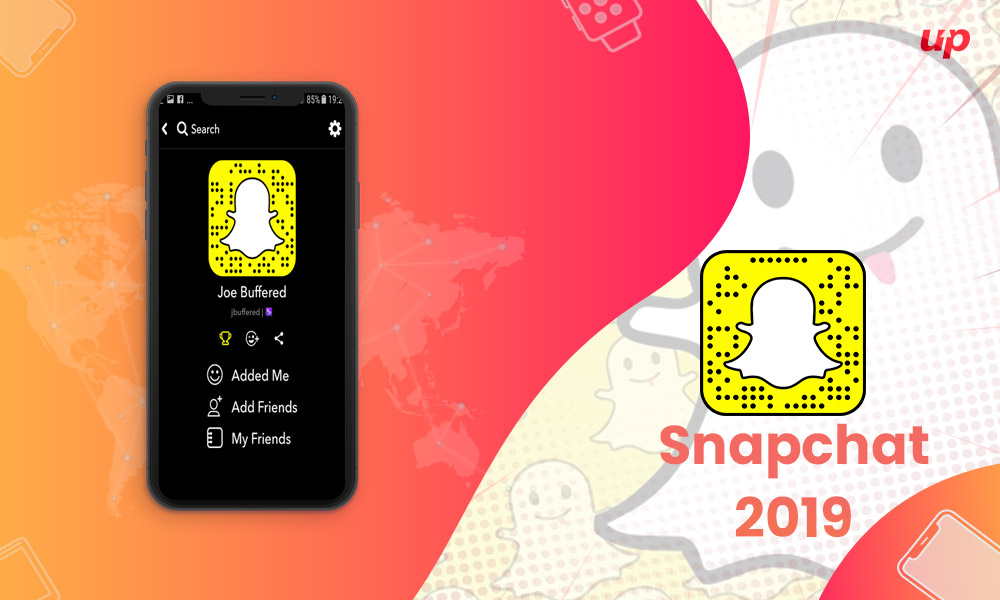 Snapchat Trends You Will See in 2019

Since its inception in 2011, Snapchat has become one of the most popular social messaging and photo sharing apps across the globe; making its CEO and co-founder Evan Spiegel as one of the richest social media entrepreneurs. In fact, with an estimated 37 million monthly active users in the United States, Snapchat easily ranks among the most popular social apps in the country. Looking to its wide popularity, mobile app development companies have been using methodologies to create an app like Snapchat. However, if we look at the Snapchat history, then it can be said that the evolution from a regular messenger into a private messaging space is exciting. As we have now entered to the year 2019, users are waiting for the list of new updates. If you are searching for the same, then this is the right place for you! I am going to discuss Snapchat updates that you will see in 2019.

The year 2018 has not been great so far for the popular messaging app, Snapchat. The company has made the decision to change the way ‘Snapchat Stories’ were shown to an algorithmic feed last month. In fact, the decision was met with huge backlash from users complaining they could not find their friends in the feed anymore.

Read More : How to Make your App No.1 in Your Domain?

In addition, CEO Evan Spiegel admitted to certain horrific steps in launching the redesigned app at the beginning of the year in a memo to employees that was sent at the end of September.  The users were actually not happy about the new look, with more than 1,250,000 people signing a petition to reverse the design. Spiegel noted the biggest problem with the redesign was that it made it harder to communicate, moving away from the company’s center product focus of being “the fastest way to communicate.”
According to the recent stats by Statista, the photo and video sharing app had 186 million daily active users worldwide, down from 188 million global daily active users in the previous quarter. 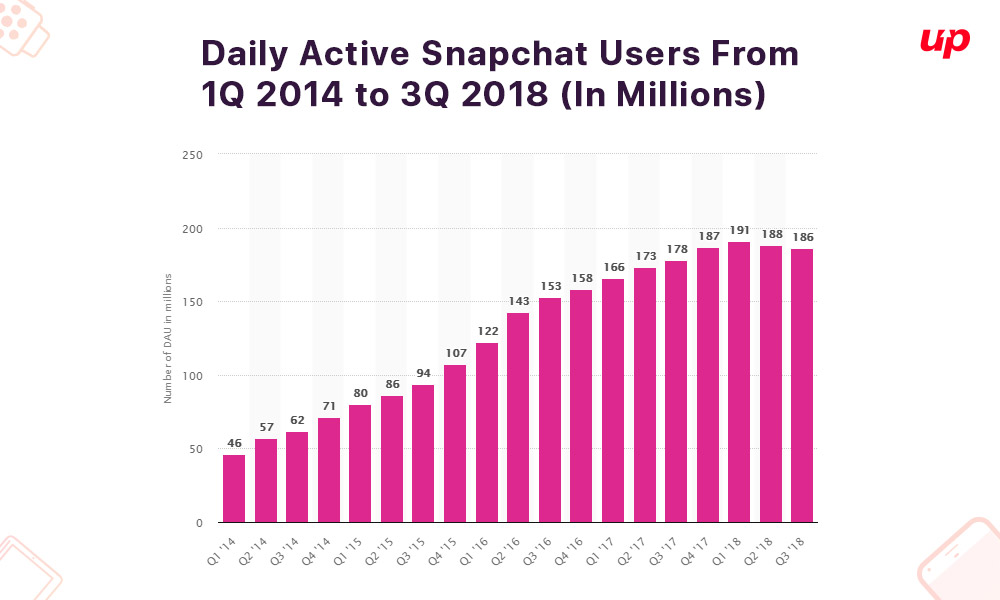 The graph clearly displays the number of decreased user in the year 2018. Snapchat itself has a big year ahead, with significant challenges coming in terms of building its business and maximizing its opportunities. With the app redesign issue, top app developers of Snapchat has decided to change the app redesign update with the previous one.
Teenagers say that they prefer visual communication to text. This is the exact reason for Snapchat’s far-reaching popularity globally. Selfies, videos and hilarious filters, there seems to be no slowing down the app, which continues to grow in size and download numbers. Now, Snap CEO Evan Spiegel has admitted that the company moved too fast in 2018, specifically referring to the controversial Snapchat redesign. As a “camera company,” Snap’s prime focus was on “innovative camera experiences,” and it’s delivered on that over the past 18 months by expanding augmented-reality capabilities, and creating various other new features stuffed into the Snapchat app. He also said in earnings calls that he still thinks Snap can turn a profit in the year 2019 but it will be a serious stretch goal. To reach a “stretch goal” by the fourth quarter of 2018, and to hit the overall goal of profitability by 2019, Spiegel said Snap will need to boost daily active users and user engagement, especially by growing in new markets like India, Indonesia, and Brazil. It is well known that there are so many photo sharing and instant-messaging android and iOS app available but the popularity of Snapchat will no slow down in the coming years.

Recently, the popular social messaging app has released a new listing of key trend predictions for the year ahead, based on rising in-app discussion and search activity throughout 2018. This will help businesses to connect with younger users. The report split into a range of categories, including ‘Gaming’, ‘Tech’ and ‘Music’.

In Gaming division, Snapchat predicts that ‘Minecraft’ will continue to increase in popularity.

Rising memes and slang terms will be included to help you stay up with the cool kids.

Snap has also included some notes, like this on predicted ‘Beauty and Fashion’ trends.
This is not the end! Spiegel set a perfect goal of reaching profitability for the full year of 2019. Here’s the top of Snap’s to-do list in order to make that happen. Have a look- 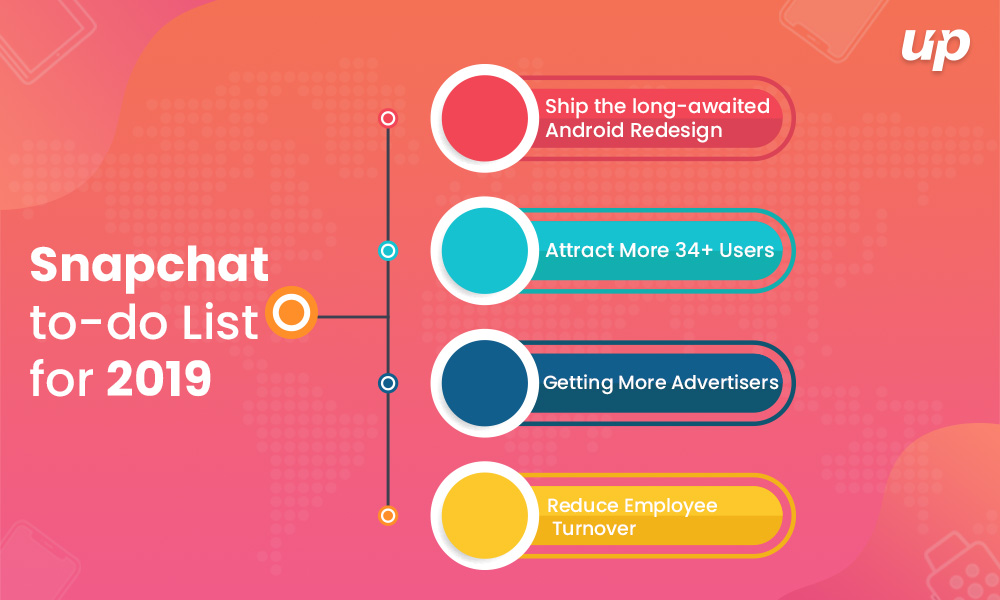 For every mobile app development company, it is necessary to make an app that could run smoothly on both popular platforms i.e. Android and iOS. One of the biggest problems is that most smartphone users in places like Southeast Asia rely on Android, not iOS. Snapchat’s Android app has been notorious for being faulty. Therefore, the app makers are working to make it well-suited for the Android users as well.

Attracting a higher number of older users is another priority, which has been outlined by the CEO. The biggest issues Snapchat faces in attracting older users is that some of its core unique features, such as transient videos, filters, and lenses are not intuitive to older users who are used to Facebook. This year will bring more features to them.

It is now easier for several advertisers to buy ads on Snapchat app, but it’s also made them cheaper to purchase. This has given huge benefit to the users, especially in the US. Getting more users outside the U.S. will help the company attract international advertisers, and adding older users might encourage advertisers to turn to Snapchat to reach demographics.

Snap’s culture of confidentiality, which means that employees are often kept in the dark about what other teams are working on and Spiegel’s decision to push forward with the redesign, have reportedly rubbed employees the wrong way. Therefore, Spiegel has started calling more all-staff meetings and visiting with more employees during the workday, in an attempt to improve communication.

Looking at the above points, it will be exciting to see how the company’s revenue will grow in the year 2019. Well, it’s encouraging to see Spiegel pushing a long-term focus within the company, and refocusing on the thing that drives user engagement and growth. Android and iOS app development companies have also taken various steps to improve app performance in order to grab user attraction. If you also want a top-rated app in 2019, then it’s the right time to share your idea with Fluper and get ready to rule the world of mobile app. 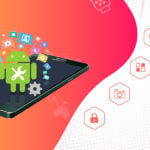 Rules You Must Follow for Successful Android App Development 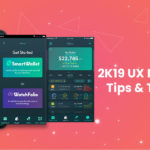