India is currently working on building and promoting a Swadeshi culture by promoting “Made in India” products. Very recently, the Prime Minister of India voiced his words on the need and efficacy for the country’s citizens to go Vocal about Local.

Recently launched mobile app, Tooter is currently used by more than 10,000 users. Tooter app has appealed its users for joining its latest initiative “Swadeshi Andolan 2.0.”. Tooter being a new microblogging platform claims to be an alternative of Twitter platform. This app aims to offer Indian residents with an app that can offer them a similar experience as that of Twitter.

This app boldly mentions words like Swadeshi, Andolan, and Made in India on its platform for convincing Indian residents that it is the perfect alternative to Twitter not just in terms of what it offers but also due to the fact that it claims to be Swadeshi unlike other similar platforms.

However this app has been detected with some serious security vulnerabilities as unlike the claims it offers it is sadly not a Swadeshi App. Tooter app is certainly not a “Made in India” app and it turns out to be an instance of Gab, a US social network for neo-Nazis and all other extremists.

Apps like Mitron, Kimbho and Bolo Messenger too were found to have some serious security issues as these were not Swadeshi apps contrary to the claims that were made by their founders.

Tooter App turns out to be a Videshi app as opposed to the claims that were boldly made by its founders ever since it was launched in the month of July this year. Currently, this Swadeshi app has a strong base of more than 10,000 users and owing to its success, it has recently launched a “Swadeshi Andolan 2.0.” 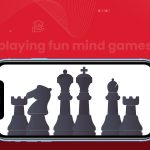