In the era of mobile technology, it is more feasible to get your queries answered across mobile applications than attempting to Google them. Mobile application development companies keep juggling with innovative ideas to design applications that can be the answer to almost any user inquiries. We are practically glued to our mobile handset round the clock and the younger generation is also spared from its magnetic influence. Toddlers, today, prefer to play with a smartphone or a tablet rather than spending time dressing up their dolls or hitting a ball with the bat. This addictive influence of mobile phones on younger generation can be molded into a productive habit. The mobile developers came to the rescue of such parents by designing mobile learning applications to develop a good habit among the next generation kids. So get them acquainted with such applications that will contribute towards enhancing their knowledge and skills yet will entertain them as well similar to the gaming apps. Both the iPhone app developers and their rivals, the Android mobile application developers have likewise designed numerous learning apps that actually benefit the students and also cut off the need to hire expensive private tutors.

The very nature of the idea on which the app has been conceptualized raises few questions. One such question is:

Are mobile learning apps the ultimate future of modern education?? There are more than few reasons that can be drawn in support of this above statement.

Do not worry Young parents!! If your ward spends more time on the smartphone, then make them addictive to learning applications. There will definitely be a striking difference in their grades since students enjoy viewing videos and subjects taught through graphics and games rather than memorizing lengthy texts.

Mobile application development companies can start incorporating such a unique concept to design more learning applications which are capable of rendering even higher education and aid in preparation for competitive examinations too. The sector is wide with huge scope for budding app developers such as Fluper to explore.

Fluper, one of the top-rated mobile app development companies, have inspired unique creativity in all the applications developed by its developer team irrespective of the sectors for which the apps are designed.

Wish to see more into its works, then interact with them at:

13 Common Reasons Why Your Application is Bound To Be Disowned?? 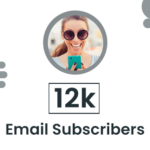 Will iBeacon technology exert a positive impact on tourism industry??