Xamarin is the Next Revolutionary Thing in Mobile App Development

Globally, the need for mobile devices as well as mobile apps has overtaken the need for desktop solutions. This is because mobile apps are one of the preferred options for the companies as well as users looking for something at their fingertips.  Nowadays, big as well as enterprises are rapidly embracing the mobile-only strategy, which has increased the need for mobile app development services. Currently, It’s impossible to ignore Xamarin when talking about mobile application development. Want to know why? It is the perfect place as I am going to explain that why Xamarin is the next revolutionary thing in mobile app development.
If you are an app developer or one who wants to develop an app, then it might be an iOS or Android App. But, if you want to attract more users then it is important to build an app that can run on multiple platforms. Building the same apps on different platforms for different purposes was not economically feasible and had operational difficulties. This has given rise to the cross-platform Top Rated Mobile App Development Company. Xamarin has speedily become one of the preferred choices for developers who specialize in building cross-platform apps.
First, it is important to know what Xamarin is and how it is different from others? So, here is the quick overview-

Well, let me tell you that it is just another mobile platform like Native or Hybrid, for developing apps using C# and .NET. A Microsoft-owned company, Xamarin utilizes a C# and .NET codebase to allow code sharing across platforms and testing across whatever platforms you choose to develop a mobile app for.

Also Read: 7 Reasons Why Hiring Full-Stack Developer for Your MVP is Key to Success

Since its origin, Xamarin has taken hybrid and cross-platform development to a completely new level and is capable of combining all the platforms (Android, iOS, Windows or Hybrid and Cross-platform) into a single mobile app using the same code.
However, what makes it different from others are the benefits and features it has. In fact, for top mobile app development companies and app developers, it has become a blessing. Here are the some of the amazing benefits of Xamarin tool, which you can’t ignore!

Xamarin uses C#, to develop apps for all mobile platforms. In fact, existing code written in C# can be ported to iOS and Android using Xamarin very easily.

Xamarin Form is a library that allows developers to reuse the code multiple times to create native user-interface for Android, iOS, as well as Windows devices.

Another feature of Xamarin is that it allows mobile app developers to create application’s User Interface using the Model/View/Controller pattern. This helps to determine that which parts of application will be using native user interface elements.

One of the best features Android and iOS app developers love about Xamarin is that it saves a lot of time. This is because Xamarin is integrated with SDKs of each different operating system and allows single coding.

With Xamarin, top app developers do not need to create different API for different mobile platforms. They can use the same API to build iOS, Android, and Windows applications.

Xamarin offers a feature of great native user interface & controls, which allow you to create a native app. With full access to native APIs you can generate native apps with device-specific feature.

Now, the Component Store is built into Xamarin Studio and Xamarin’s Visual Studio extensions. Here, developers can choose from a mass of free or paid components, including UI controls, cross-platform libraries, and third-party web services.

Why Go For Xamarin?

Considering the above benefits, you might be thinking that it is one of the best tools you have making the app development process easier. But, if you are still mystified then here are some of the top reasons to choose Xamarin for Mobile App Developers-

Currently, over one million app developers across the world are using Xamarin to create amazing apps.   So, if you have not tried Xamarin yet, you are missing out something big. You will be amazed to know that popular companies such as Bosch, Cognizant, Siemens, 3M and even Pinterest truly believe on Xamarin for mobile app development.
It comes as your all in one solution to mobile device apps. Build, Test, Develop, and Monitor native mobile apps across multiple platforms, using just one tool! Isn’t it amazing? In simpler terms, it would not be wrong to say that it is one of the revolutionary things for the app developers, which saves their time, effort as well as money.

The above information and a lot more clearly tell that Xamarin is the next big thing in the world of mobile apps. The rich features and the resulting benefits of Xamarin all point towards flawless cross-platform native applications. If you are also the one who wants to grab the opportunity of being successful, then hire the best team of technical developers at Fluper who have developed several Xamarin app development across Android, iOS and Windows platforms. 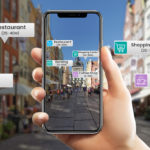 How is Augmented Reality Proving a Game Changer for Business?

How is technology proving a boon for the sports industry?