Thrilling Games Coming to Your Way in 2019!

If you’re a regular gamer, then you must know that 2018 was an awesome year. From Spider-Man to Shadow of the Tomb Raider, PUBG to Assassin’s Creed Odyssey, you have been hit with some of the best games present in the market. Now that the year is ending, what’s a gamer to do? Android and iOS app development companies are also trying to grab gamer attention with some amazing gaming app. Maybe some of you are still making your way through the best games of 2018, but it’s never too early to look ahead to the future and find out what you need to start saving up for. Today, I have compiled some of the thrilling games coming to your way in 2019.
It is a major fact that video games are bigger than ever. In the year 2017, the American game industry grew by an enormous 18% share. The growing demand among adults as well as kids is one of the prime factors behind this growth. Moreover, thanks to popular devices like the Nintendo Switch, PlayStation 4, Xbox One, and Android & iOS Smartphone on the planet, things aren’t going to slow down any time. By considering the wide popularity of games like Candy Crush Saga, Pokémon Go and PUBG, several mobile app development companies are also developing incredible mobile gaming apps for the game lovers. So, it is clear that the gaming industry is on the rise, and so the thrilling games as well. If you are hunting for some exciting games, then your search ends here! Want a sneak peek? Keep reading to learn about upcoming games 2019 has to offer.
For every gamer, it’s always exciting to know the release and launch of any adventurous games, that’s why I have found out the every updated information about the games as well. While the majority of them will not have firm release dates announced for quite a while, it still gives us something to look forward to. In addition, some of the games below do actually have release dates. If you thought 2018 was great, then hold onto your controllers

2019 is full of blockbuster games! Check out here-

The much-awaited remake of fan-favorite horror classic “Resident Evil 2” is nearly ready and it’s all set to arrive early in 2019, just like so many other great games currently in development. The developer of this exciting game, Capcom is finally remaking the original sequel from the ground up and will relinquish the original Resident Evil 2’s tank controls with the over-the-shoulder camera position introduced in Resident Evil 4. The remake takes you back to a survival horror classic, reacquainting us with Leon Scott Kennedy and Claire Redfield as they fight for their lives in the virus-infected Raccoon City. It’s going to be electrifying to head back to Raccoon City.

Without any doubt, one of the most exciting games scheduled for 2019 is BioWare’s hopeful return to form in Anthem. The game wowed the players when it debuted at E3 in 2017, and a year later, it’s still high on people’s wish lists. The title combines third-person shooting and action of RPG elements in a shared open world. In this game, up to four players can venture together within their customizable Javelin suits (like Iron Man). This game is developed for a group, but single-player will be supported as well. You will see that each player has the ability to fly through the air, Iron Man-style, whenever they want.

Another adventurous game coming to your way is the long-anticipated third entry in the “Kingdom Hearts” series, i.e. the last major entry, after “Kingdom Hearts 2,” launched all the way back in 2005 on the PlayStation 2. In “Kingdom Hearts,” several Disney characters and their worlds are mixed up with characters that would be right at home in a “Final Fantasy” game. This time, apart from Goofy and Donald Duck, people will see a third character here that’s “Sora,” which is the main character of “Kingdom Hearts 3”. You may likely know what to expect from a Kingdom Hearts game, but it’s really an RPG directed toward Disney enthusiasts. Many app developers also believe that gaming apps based on Disney characters are quite popular.

One of my personal favorites is Devil May Cry 5 I have added to the list is Devil May Cry 5. The series is known for its ultra-stylish characters, deep fighting system, and over-the-top settings. In this release, the game brings back Dante and Nero, it ignores the doofy reboot game from Ninja Theory, and it’s getting all the money and time that DMC4 wasn’t afforded. People have already waited about 10 years since the release of Devil May Cry 4. So, it will be quite interesting to enjoy the fun with your favorite characters. If it lives up to the anticipation that’s built up over the years, it’s sure to be one of the new year’s best.

Rage 2 looks like it’s going to hit in 2019 with a great big colorful pop. The game looks to be a fantastically feverish mashup of Doom and Mad Max. It brings back the lethal boomerang known as the wingstick, and amps up the firefights with plenty of dashing and an adrenaline-pumping, neon-soaked berserker mode. As Walker, the last living Ranger of the wasteland, people will engage in frenetic first-person shootouts and high-speed vehicular combat, wreaking chaos across diverse environments beyond the classic ‘barren desert’ setting.

We’re not quite to 2019 yet, though, so enjoy your 2018 games, for now, then get ready for awesome game time once the new year’s hits. Look at the above list of Thrilling Games in 2019 and let us know which of these games has you most excited in the comments. Also, if you are looking for best app developers for your next adventurous game idea, the Fluper is here for you! 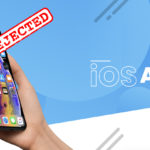 Key Considerations to Save Your iOS App from Rejection