“Innovation distinguishes between a leader and a follower”
– Steve Jobs

Innovation is not something which is restricted to the word current, but this is a concept which is centering ahead of times. Innovation includes deliberate combination of information, crystal-clear imagination and valor of initiation. Mobile is really the outcome of celebrated line, ‘innovation is the mother of necessity. Recovering from the elementary style of mobile to era of vogue in the domain of smart phone, it brings a sense of great accomplishment. People try to maintain laisoning with Mobile Technology; it has passively given inspiration to mobile application development companies to bring out some amazing apps.  After the debut of internet, mobile revolution came into the picture.  Now each and everything is possible, starting from sharing, enhancing photographs, videos, digitization of paper documents with finest colors and vivid resolutions, adjusting format of PDF or JPEG.

Mobile applications have played an important role in various sectors, starting from the commercial sector to agricultural sector as well. Various amazing apps have been initiated which would prove economically-viable not only for the users but also for the business venture as well. Considering at micro level i.e.  real estate , it has played an essential role . Since property is the dream not only for a higher end of the society but for a common man as well. This is a matter where people generally get perplexed while hunting up for a property, planning up of finance and further settings of a home. This is not single–handed task. So, mobile application ensures that these tasks are performed under the vision of experts. Some applications act as a leading independent broker. The main motive of these amazing apps is to save time and stress. Some of the applications are so much influential that they can find hidden cost while purchasing a real estate.

Mobile application has covered a wide dimension; it has also taken part into the tourism sector. Although, it’s cliché, but there is an app starting from the directories of local direction, itineraries, places and maps. It ensures that it’s always updated and  accessible. The main motto of these applications are “Showcase the best of the destinations, reduce overhead charges, magnetic impact on tourism”.

The magic of mobile application is not restricted to just tourism, real estate but also emphasised food at the door step. Here successful utilisation of mouth-watering images, amazing fonts, pleasant colours and texture has developed it for increasing its demand among all the mobile-users. It ensures cost and hassle-free platform for the users. As far as the business enhancement is concerned, it ensures repeated orders with increase in the brand loyalty.

Mobile application has also made a platform for healthcare issues, finance.  With more and more expansion of mob-application development, it has enabled e-commerce website in the mobile application stores. This is an integration of current product listing from the website right from the e-commerce app so that sell and purchase go hand-in –hand.

The impact of mobile application is not restricted to just commercial sector but also the primary sector of the society. These applications ensure easy accessibility so that it can easily be used by the nominal educated people. The main motive of initiating these apps is spreading awareness related to recent promotion of tools and fertilizers. These applications act as a platform where farmers get relevant information from experts. But this is not the end, there are various mobile applications which are based on each and every aspect, starting from the fashion items of an infant to the monetization of the banking sector of the society as well. These are topics which are addressed at the micro level, but now we need to expand our vision to see its macro level influence at our economy. 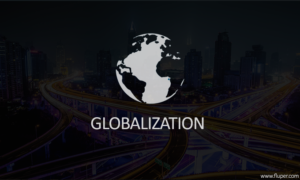 Technology is growing at its fastest velocity with the motive of complete outclassing of traditionally enriched verticals. It has successfully shifted the paradigm of business operation and human behaviour as well.

To rescue from the issue of linguistic-barrier, the concept of globalization will prove to be fruitful. Localisation is the trickle-down effect of globalisation. With the help of the localization, the leftover complicacy of dealing with the service code in order to translate content will reduce upto certain extent.  Initially this would actively accelerate the pace of localization, rather than doing the same process one language at a time. The online QA process is one of the steps towards globalization of mobile application development. Another step is the creation of mobile service templates which can efficiently able to handle right to left language such as Arabic language.

In layman’s language, implementation of e-commerce is futile until and unless implemented on mobile application

Concern:- It has been observed that there has been shifting of platform from Android to iOS platform. All platforms have its own advantages. Like iOS is considered for the best software provider and Android is known for its affordability to common people. But there is an issue concerning more than one team handling respective platforms. To alleviate this problem, foundation of hybrid and native mobile application came into the picture.

Hybrid mobile apps are like any other apps that are easily found in app stores. It can easily be utilised to play games, interaction with friends with the help of social media, take photos etc. This application is basically built with the web technologies like HTML, Java Script, and CSS. The basic difference lies between a normal website and hybrid mobile app is that the hybrid apps are operated inside the native application that utilizes a mobile platform’s Web-view in Android and UIWebView in iOS. Webview is basically organised on full screen It has enable to access device based capabilities such as accelerometer, camera, contact, and more. Some of the examples are Basecamp, Yelp, Instagram etc.

Native applications mean using the native language of the platform such as java on Android, objective-c on iOS. Native apps are accumulated into machine code, which although gives the best performance in the device. It is quite easy; it ensures fast and fluid animations and the latest APIs.

The application development is and can be maintained easily. Both native and hybrid are able to fulfil different needs and preferences, there is always one advantage over the other, so both are beneficial. In this parameter ,concerns have overtaken by the opportunities. 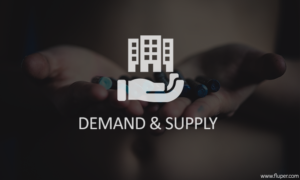 Supply and demand is considered to be the elementary part of Economics. With the upcoming scenario, the concept of m-commerce has been intensified, it is expected that demand will outstrip the supply as far as mobile application development is concerned. There are various reasons, since each and every organisation can’t afford to have their own expertise, tools, vendors, and architecture. So they have to rely on the other organisations to develop it for them. So on the part of mobile application development, there is a scenario of excess demand.

As far as IT departments are concerned, intensive pressure is piling up day by day. Due to deficiency of supply and excessive demand, the price for building app has been sky-rocketed. In that concern, the innovation in the field of cross-platform has proved to be very beneficial since it has alleviated the issue of more than one team, handling their respective platform. With this hybrid platform, the application can be handled by a single team.

This outlook is expected to lead optimization of time and money as well. 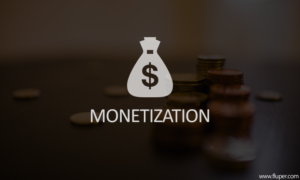 Monetization is something which has gotten harder. It entirely depends on how saturated the market is, with potential customers unwilling to pay. This has become a concern because people always focus on the unpaid version of the application.  This has become a source of discouragement, since revenue is not sufficiently generated. Although some of the remedies have already been found with the help of partnerships, where partner with a company having a similar customer base, integrated to get a referral fee. Another one is to create two versions of apps, a cheap version and paid version. The strategy is to give the customer a taste for a trial period and then pay for the app.

But still there are more and more opportunities for a solid content strategy, multiple payment options monetizing through in-app purchase i.e.  subscription. With the help of these opportunities, it is expected that it can increase the revenue generation effectively and efficiently.

Although there are concerns as far as monetization is concerned, but there are massive opportunities to develop it for future revenue generation.

Post 2015 brought a welcoming change for the Mobile Application Development Company Process. To access the internet, people have switched their devices from PCs to either mobile/tablet. No technology has increased more rapidly than mobile devices. The concerns have been overtaken by the opportunities. Starting with the concept of globalisation, initially there were some sort of linguistic-barriers, which is solved by the GPI, online QA. In order to alleviate the problem of more than one team handling their respective platforms, there evolves the concept of Platform Independent Software. 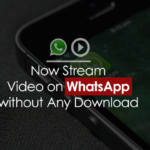 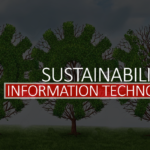 Enterprise App Development: A Bound To Grow Your Business