Continuing worldwide chip shortage requires to be strictly observed and supply chain visibility isn’t that good like it used to be, told by Nokia CEO and President, Pekka Lundmark. He has taken the leading responsibility of Nokia, said ‘Squawk Box Europe’ market of the chip is going ‘tight’ these days.

The CEO also stated that the chip is not only telecoms, but it’s also an automotive and users daily gadgets that count as emerging IoT (Internet of Things) devices. In fact, the entire industry of the semiconductor business genuinely indulges in finding alternatives to enhance capability. These chips are usually applied to power phones, cars, defense systems, high-end computers’ performances, AI software, and other multiple tasks.

The lack of chip is directly impacting hard to cost-conscious automotive businesses particularly, as it applies chips in all things ranging from brake sensors, power steering to parking cameras, and in other entertainment systems. Even all smarter vehicles specifically cars adopt, the more chips they use.

On the other hand, numerous vehicle producers likely Ford, Honda, and GM have been deliberate to the level of production. However, Nokia has not been affected that much, they are still managing this shortage issue, Lundmark said. Though they are managing this situation, they admitted that this is a serious situation that needs to get constant attention to solve quickly. He also added to his words, the long-term visibility medium on this chip supply system is not good at all as it is used to be in previous days. 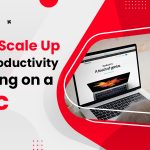