” The time is always right to do what is right.”

Early in the winter of 2017, the October was blooming with the pinkish sun. This morning of the 23rd day of the month was not the usual one as it started a little earlier.  Rather spending a lot of time in bed, I woke up before the first ray of sun kisses the mother earth.

The butterflies in my stomach were reminding me of the inception day of Fluper. Yes, these feelings reminded me of the nervousness as it happened exactly a year back, this time along with it a heavy dose of confidence to make it large. Going again and again over in memories, this is UpTech, Fluper’s exclusive tech division.

“Great things in business are never done by one person. They’re done by a team of people.” – Steve Jobs

These two brilliant brains of Fluper worked to shape up the idea of an exclusive division for research and app development. UpTech was always there since the inception of Fluper as an integral part; however, the things are getting bigger and better with the tremendous efforts of every single brick of Fluper.

Fish has grown up to the size of the pond!

Quoting from Fluper’s CEO; “The journey of a thousand miles begins with one step. I took the first step, now Fluid Performers have to add their contributions.

We don’t know what was there in those odd 100 letters, but it made the difference and see the result, UpTech has grown up to that heights that it needs to change the pond. These 9 months have been a journey of experience, success to flourish and build a phenomenal success path.

Once it was just a bunch of tech enthusiastic working day and night to make it large. And, why not; they have one of the best brains to boost them up. Wisdom, compassion, and courage are enough to explain his level of expertise and personality; Mr. Ruchin Singhal – Vice President Technology Fluper. He made sure that those efforts multiple in numbers; and it happened. 7 to 70 is a great achievement, and he doesn’t even take credit for this. Such a true leader he is. “Enough said, let’s work”, from his own signature style.

The UpTech team has been expanding in the all four directions; more members, more experience, more projects, and more milestones to achieve. And, this created a need to increase the working space for the entire UpTech division. It just happened in an evening, when these three pillars of Fluper were on a dinner.

“Now we have a team of 70+ tech guys; I think this is the time to make it bigger. We need more people to join. See, we have a couple of interesting projects coming our way and more overseas clientele. This needs to expand our research and development section. What do you think Ruchin?” And, once again he lost in his thoughts.

“Technology is anything that wasn’t around when you were born!”

There is always a better and enhanced version of everything you see around; we started with Fluper, it’s time for Fluper 2.0!
Mr. Vinay Kumar, Web Tech Lead, Fluper

During these 9 months, the journey has been a rollercoaster ride for team leaders. From that tiny step to this level of success, UpTech’s Android app development team emerged as the largest development team. Whereas iOS team has VP Technology as their leader, needless to say, that they are the strongest development team in the UpTech division. His visionary already foreseen the next move, just wait and watch!!!

That evening was the game changer when Fluper dreamt a bigger place for work, which has all the state-of-art amenities and facilities for employees and Fluper team. A perfect environment of MNC in order to compete with the top development companies, this became a move to take things higher. Mind you, it is not just the place is growing bigger; the brand name Fluper is bigger now from that first tiny step.

“Every new beginning comes from some other beginning’s end.”

Winners use words that say, “Must” and “Will”; and that’s what one should learn from the company’s CEO, Mr. Anshul Sharma. He is a go-getter personality and leads from the front; an aggressive leader, who always make sure that things get done perfectly. His words came into reality with Fluper 2.0. This expansion could see doubling the caliber, quality, and profitability of the company.

Time to break the news

The official announcement came in the month of May this year when company’s COO Ms. Richa Sharma disclosed this news. “Last year, we did very good in the app development section, especially the Android Apps, where the growth was very good. We increased the team strength, now time to increase our office place. I’m glad to share this news with you, Fluper is going to move into a bigger office space by the month of June. Congratulations to the entire team Fluper and management for this decision.”

Team Fluper were excited with this news, and then speculations started. You know what was the common discussion topics; the new office. Everyone is excited, and the talks became;

“how would be the new office?

What’s the exact date to shift there?

When we are moving out? What would be special about this new place and whatnot?”

Cafeteria, tea-breaks, Whatsapp, Chat; everywhere, “how would be the new office?”

Time flies and rapidly getting close to the “D-Day”. The announcement for the UpTech team to shift to the new place and team members realized the time to move now. Suddenly, the excitement turned into an amalgam of excitement and sadness.

“It’s time to say goodbye, but I think goodbyes are sad and I’d much rather say hello. Hello to a new experience.”

UpTech members’ unspoken words on the last day; spent days at a place, learned new things, talks over morning tea, sharing lunch, munching lays with a cup of tea, playing Foosball and what not. Team leads motivation talks; sometimes bashing, sometimes clapping has it’s on the mark on the sand of emotions. Who can forget the birthday celebrations, New Year’s celebration, festival celebrations, Fun-Friday and success parties; the memory lane is endless.

When she said this, she actually poured her heart out; though she is the strongest pillar in making of Fluper a closely knitted team, it was the moment. Some of the team members from UpTech also shared their emotions on the last day.

“It is hard to say goodbye to a place who has been less of a workplace and more of a home. We will miss you. We are sad that the joyride of working here and memories with this place has to come to an end. Mix emotions are popping up; time to say goodbye.”

When asked by one of the team members; what are the memorable moments you want to carry with you before leaving this place, his words were as.

” We have an emotional relationship with this place, it feels like a motherly relation. Under this floor, we shared success, festivals, emotions and what not. We are moving out, will miss it a lot, especially the Foosball games during tea-break.”

The story of life is quicker than the blink of an eye!

With heavy hearts, filled with memories, own share of success; this is the time to say Goodbye to move ahead in the success ladder. An end of a new beginning, see you soon!” 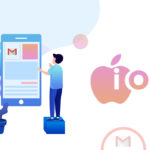 iACCEPT: The use of AI in iOS App Development is Essential After Gmail Offered