What do frameworks help us in?

Things to consider before settling on a Python Framework

Django’s robust yet simple mechanism makes it a fan favorite among users.

Flask is another one of the Python frameworks available under the BSD license inspired by  the Sinatra Ruby framework.Flask uses the Werkzeug WSGI toolkit and Jinja2 template. It is a microframework which implies that it can be used for building simpler and smaller apps or web applications developed by Android App Development Company and IOS App Development Company. The SQLAlchemy package that connects the apps to the SQL database with the help of the database URL.

Web2Py is an open-source  full-stack web development framework from the Python Frameworks list. It is one among the free-to-use and scalable Python frameworks. With the help  of the built-in IDE support, developers can deploy the website with one click and also have the flexibility to edit and debug the apps whenever required. Web2py can also help build hybrid apps which can be maintained without external support.With the algorithms such as MD5 or HMAC + SHA-512 hash, Web2Py provides amazing security to stored sensitive credentials.

Features of the Web2Py:

Pyramid is another one of the python frameworks that is becoming increasingly popular among developers across the world. It is a versatile fullstack framework that can help developers build both small scale and large scale apps.

Hug is a Python 3 API development framework. It gives the developers the option to reuse codes. Hug is a one framework from the python framework list which via offering various interfaces simplifies API development. This makes Hug one of the fastest frameworks in Python 3. The Hug framework is built on top of another JSON framework, Falcon.

Bottle is a lightweight WSGI (Web Server Gateway Interface) small scale Python framework. It was initially used for developing web APIs by  Android App Development Company and IOS App Development Company. Bottle runs codes in the form of a single source document. Bottle is a microframework python framework. It has the capability of streamlining the association of many web frameworks along with prototyping. Features like the inclusion of  utilities, directing, templating, fundamental extraction. Bottle has a single module feature and is easy to learn, making it quite popular amongst web developers. Python versions 2 and 3 also support the Bottle platform. It is solely dependent on the Python Standard Library. 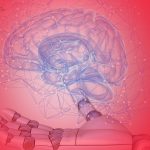