The Next Big thing in Mobile Technology: AR and VR

Every mobile app developers in the industry are likely to get loaded with use and implementation of AR and VR based applications and source sometime in the near future. Augmented Reality (AR) and Virtual Reality (VR) both have same grounds but are different at the viewers end. VR makes you go around the places non-existing physically but appears real whereas AR enhances the vision of 2D into 3D.

Let’s have an understanding of VR and AR impact on different fields:

One can get the best course and teachers in the market to learn something but the effective learning can be best experienced o the job where you learn the very day and implement it right away. The most essential tradeoff is to be made between mistakes and understanding. Increasing understanding and minimizing the mistakes is the best way to learn. The above phenomenon is best demonstrated by an experiment performed by Google on two different set of group of people . one learning through AR and the other through YouTube videos.
The result of the experiment depicted lesser mistakes made by the group of people who learned through AR. Hence, the trade off was reached to some extent.

Education gets more relatable and tech-savvy

The developing countries are somehow experiencing the gap between the skills studied and employable skills due to fast growing technology changes around the world .
Virtual Reality and Augmented reality is one solution to these problems. The use of AR brings in cognitive tracks for simulations.

Educational skills, which were just limited to imagination, can be now turned into implementation virtually. The already existing platforms are education apps for students.

Manufacturing is one of the largest sectors for any market .The automation has somehow made things easier for the engineers especially the front end works with ease courtesy mobile application.

Monitoring through augmented reality implementation will make it possible to detect, correct, analyze in a better way.

All in one, the Augmented Reality and Virtual Reality are the result of machine learning making work easier at the front-end and back-end. It plays a huge role altering the very face of mobile application development environment. The coming decade will create a spatial of AR and VR for humans adaptations.

Top-rated mobile app development companies such as Fluper have identified the potentiality hidden in these technologies waiting to get fruitful exploitation for general benefit of the masses.

Care to learn more on their work, get in touch with the team at: 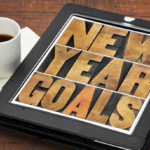 Channeling the Custom Mobile App Development Benefits for your Business