Google has an extensive history of eminent algorithm updates, search index refreshes, and changes. Recently, it has once again updated its search ranking algorithm. It is done for the third time in only one week. As per the recent updates, now numerous tools are displaying a lot of variations in the Google rankings.

WebmasterWorld’s Brett Tabke, who called this update as “Update Maverick,” mentioned it was named in tribute of Top Gun trailer’s release since this update occurs indistinctly secretive and detailed. Nonetheless, all the main algorithm tools are accounting update has happened.

Bret mentioned that he isn’t an enormous fan of naming an update, and would have chosen something approximately the 50th anniversary of the moon landing; however “Google had their opportunity to name it, and they didn’t get back to me after numerous attempts.” The update is now rolling out as per the update from Google. Google wrote, “The June 2019 Core Update is now live and rolling out to our various data centers over the coming days.”

Here are some real-time screenshots of tools Google’s algorithms are an intricate system utilized to recover data with its search index and immediately offer the best feasible outcomes for a query. The search engine makes use of an amalgamation of algorithms and several ranking signals to provide webpages ranked by significance on its SERPs, i.e., search engine results pages.

Initially, Google simply used to make a handful of revision or Google algorithms updates. Currently, it makes thousands of alterations every year. Majority of these updates are quite slight that they go unobserved.

There are a lot of things that local businesses learn from these sorts of updates. The updates tell them that they require to alter the way they go for Internet search.  Now, being on the first page in the search engine results pages no longer account for much.

Certainly, being in the top five would not be enough. They have to be much more specific and informative with the content they publish on their Google My Business page, their websites, and other online vehicles. It is important to adapt to key phrases and long-tail keywords. 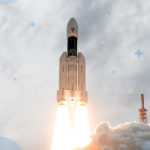 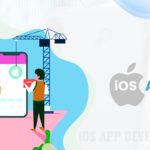