Germany Considering a Ban on Huawei over Security Concerns

Chinese telecom giant, Huawei is facing fears that its 5G technology will enable risk of espionage through the super-fast 5G mobile networks. In the recent past, many countries have pushed against the involvement of the Chinese technology company in their 5G networks over safety concerns. Australia and New Zealand have banned Huawei from supplying 5G equipment in their countries citing security issues. According to recent reports, German government considering banning Huawei from providing 5G equipment in the country saying these concerns are of “high relevance”.

It has been clearly identified that such move would bring Germany in formation with other Western countries including the U.S. and the U.K. All these countries concerning that China’s government could exploit Huawei’s technology to spy on them, stealing corporate or government or military secrets. Considering this, Huawei said in a declaration, “we also welcome the approach of verification and standardization of technological solutions publicly communicated by the German Federal Government.”

The Chinese company, one of the world’s biggest producers of telecoms equipment, has faced resistance from foreign governments in recent years.  Earlier in the UK, British Telecom has removed Huawei equipment from parts of its mobile network, and Oxford University has said it will no longer pursue funding opportunities from the company.

However, the company denies all the allegations against it and has plans to “dominate the market” for the next generation of wireless communications, called 5G. No doubt, the networks symbolize the next big gesture of mobile infrastructure. But its hopes are susceptible by governments around the world, which are restricting the company’s prospects and even banning it from operating in a few areas.

Founder of Huawei and President Ren Zhengfei recently has broken his silence over allegations against the company. He stated “Never received any request from any government to provide improper information”. His comments came weeks after when his daughter Meng Wanzhou, and Huawei’s chief financial officer was under arrest in Canada on US charges of breaking American sanctions against Iran. She was released on a 10 million Canadian dollars ($7.5 million) bail on December 11.

Huawei’s business has so far proved resilient growth, with more than $100 billion in revenues in 2018. As for now, the company is focusing on its 5G technology plans. As governments seek to ensure that 5G is secure and trusted globally, Huawei may find its prospects restricted by its links to the Chinese government. The Chinese firm has made a $US7.5m donation to the 5G Innovation Centre at the University of Surrey, and more than $1m to the Cambridge University Computer Laboratory. 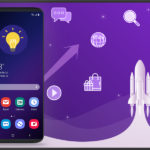 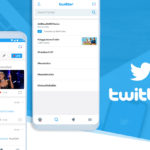