The digital era is now slowly being overtaken by mobile technology. Mobile phones are slowly taking over the use of laptops and desktops. Many people have become reliant on their phones to do any task, work on their jobs, and do online searches. Some have entirely ditched their computers for their mobile devices. With the influx of mobile gadgets around the world, mobile app development has also seen a steady rise. So the Future of mobile app developemnt is so bright.

The statistics of mobile applications’ downloads has grown to a massive scale. In 2018, there are already 194 billion downloads worldwide. By the year 2019, it has grown to 204 billion downloads, increasing 6% from the previous year. Experts expect that by 2022, there will be 258 billion downloads from around the planet. The running year today has seen much development in mobile devices and apps that can create significant impacts on how people will interact with apps in the future.

With the projected number of apps that can be found in the market in the coming years, it will be hard to stand out if you plan to develop your app. To make sure that whatever app you will create will stay relevant and capture your target market, you need to always be in the loop for the latest and upcoming trends in the mobile app development industry.

What Awaits Mobile App Development in The Coming Years?

Artificial Intelligence or AI continues to gain popularity and become widely associated in different sectors of technology. Once only part of more advanced technology, it can now be seen and felt by most people and have already created an impact in their daily lives.

For mobile technology, AI has already carved a niche industry. Many sectors rely on mobile technology to communicate, present, and interact with their audience, have allowed AI to be part of their processes. AI now plays a significant role in many applications. Industries in the banking and financial institutions now utilize AI to create seamless transactions on their mobile apps like money transfer, bills payment, online banking, and more. The transport sector has also made AI a part of their mobile app development as AI-powered ride-hailing applications are now widely used in different parts of the world.

Machine Learning, a subfield of AI technology, is also used in many applications that most people used today. Netflix is a sample of this, as it uses an algorithm based on user behaviors. In this way, Netflix can offer more personalized content to its user that enhance user experience. More than robots and flying cars that it has commonly associated with; it can be expected that AI will create a lot more impact in the field of mobile app development in the coming years.

If a hand-held gadget is not your thing yet, you need to be wired continuously on your contacts, emails, and other internet-based updates, then maybe a wearable gadget can be the one for you. Wearable technology is the type of device that can be worn by a customer.

One of the most popular in this niche is the Apple Watch by Apple. Microsoft has also released its version called Microsoft Hololens. These two are considered industry leaders in this type of technology. Both have played significant roles in this trend that upscaled and improved basic wearables to its smart versions.

Wearables have been improving the relationship of humans with machines. It has taken convenience to the next level yet still can communicate with mobile applications. This relationship between these two technological advances will undoubtedly influence the mobile app development trends in the coming years.

Internet of Things or IoT

One of the essential futures of mobile app development is IoT or Internet of Things. IoT has grown significantly in recent years and is expected to grow more in the coming days. By the end of 2020, the number of connected devices will likely reach up to 26 million by 2020. This number includes hundreds of smart objects like medical devices, domestic appliances, mobile gadgets, LED light bulbs, toys, and more.

Smartphones and tablets will play significant roles in IoT as it will act as the remote-control system. It will have the ability to analyze and display your information. IoT will be operated and controlled through a mobile app. As IoT is gaining traction and momentum these days, it can be expected that the development of mobile apps that cater to this emerging technology will also grow in the future.

In recent years, the industry for mobile application development has seen Augmented Reality (AR) and Virtual Reality (VR) growth. From movies to television shows to promotional advertisements and activities, VR and AR have become deeply immersed in the gaming and entertainment industries.

As mobile app development continues to progress, traditional and regular applications have also evolved through AR and VP technology. Whether for fun and entertainment like the game Pokemon Go which has created a buzz around the globe or more practical tasks like Google Translate that have an AR feature, AR and VR have revolutionized the way people interact with mobile applications. Company giants like Google and Apple have even launched their AR tool kits called AR KIT and AR Core respectively, which helps app developers develop high-quality mobile applications.

It is expected by many that these two technological advances will continue to dominate many industries. In the e-commerce sector, many companies are now leaning on AR to allow their target customers to test out clothes, gears, makeup products, and more with only the use of their phones and even without the actual merchandise.

Moving to the cloud has become one of the latest innovations that people are into these days. Many industries are switching to these technological advances like lowered operational cost, scalable infrastructure, expandable storage, increased productivity, and more.

For mobile apps that leverage cloud technology, it can free up some space in the internal memory as it fetches the data from the cloud. This will be beneficial for business owners, developers, and users.

The days when all that matters in developing your app are the design, color, themes, and fonts are slowly seeing the end of the day. While they still play an essential role in the critical areas of your development, what is necessary these days is having a sound user experience (UX) design that your mobile app can offer to your users.

Also Read: 5 Facts and frictions related to the dark web

Big names in mobile applications like Instagram, Pinterest, and more have imbued intuitive designs and interactive interface in the app, making it favorable. In the coming years, to make sure that your mobile app will be relevant to its target market and have people using it, you need to make sure that you achieve optimum user satisfaction. It should be responsive, loads quickly, and have occasional interruption that can negatively impact the user experience.

The demand for mobile app development will not stop soon and does not show any signs of slowing down. To make sure that you can get the most out of your developed apps, always remember to know the latest trends. It will help your developed mobile app become more future-proof and stand the test of time.

Maricar Morga worked as a marketing professional for almost a decade. She became part of the biggest real estate company/mall operator in the Philippines and handled concerts, events and community service-related activities. One of her activities became a nominee in the ICSC Asia-Pacific Shopping Center Awards 2018. Leaving her corporate job for good to pursue her dreams, she has now ventured in the path of content writing and currently writes for Softvire New Zealand. A Harry Potter fan, she loves to watch animated series and movies during her spare time. 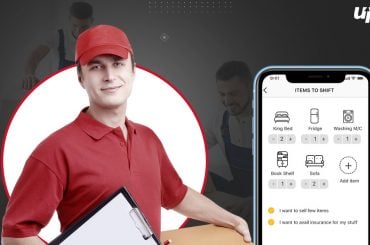