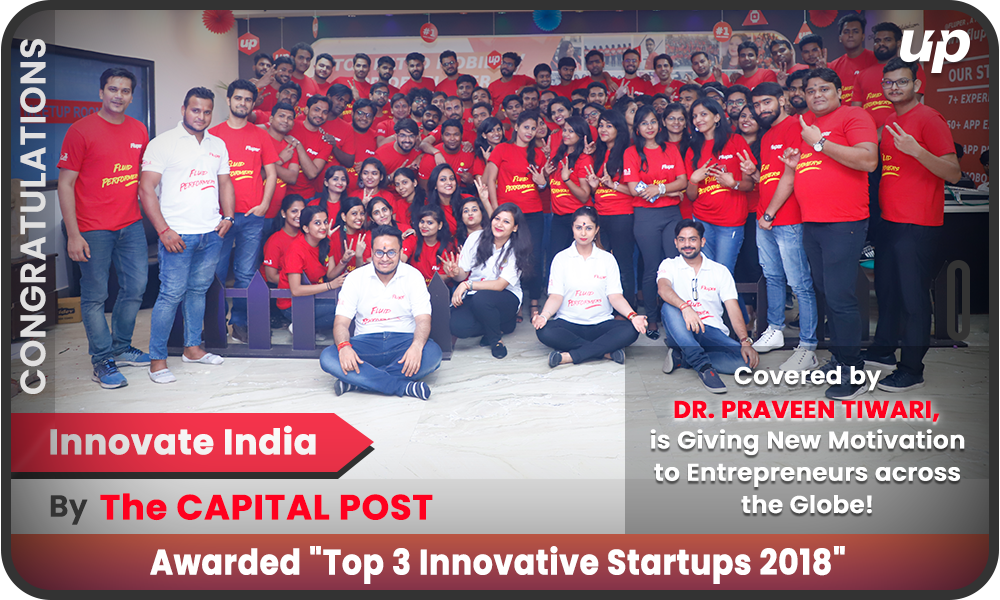 People say you should have a clear goal to achieve something in your life. However, if we scrutinize the journey of Fluper, we will find that “A clear goal is a secondary thing, you should keep walking ahead.”

With the mounting dependence in the innovative technologies, entrepreneurs are trying to become accustomed to them for the betterment of their business reach and revenue. However, not every organization can attain a reputed position in the market. Fluper is one of the fortunate startups that have accomplished a well-known position in the market. Yes, it is recently awarded as top 3 innovative startups 2018 by “Innovate India”. The journey was not easy because of the cut-throat competition in the market. It took huge efforts of the whole team and more specifically the CEO of the company, Mr. Anshul Sharma. He always knew that the essence of a startup lies in the power of an idea and how it is going to assist the users across the world. That doesn’t mean that everything was sorted for him but he decided to take the bull by its horn.

Challenges We Have Faced

Mr. Anshul Sharma got placed in IBM as a “Cloud Computing Engineer”. However, after working there for some time, he found that the job is not his cup of tea. Gradually, he decided to start my own business. Then, he introduced Fluper, which has been started with only 2 people in 2011 without knowing that one day; we will be honored as one of the fastest growing organizations in the Mobile App Development sector. The office from we used to work was not spacious enough. Primarily, we used to offer CRM and ERP Software Solutions. Even after putting our 100%, the profits we earned were negligible. But, ‘defeat’ word was never in our dictionary.

Later, with a new zeal, we came back to the market and with a motive to offer website designing services. However, Mr. Anshul Sharma knew that with so much demand for mobile apps, only website designing business was not enough. Again, we had faced various challenges. Finally, he determined to start Fluper App Development Company in a small office and hired mobile app developers, business analysts, content writers, SEO experts, and more. From a team of 2 people, we became a family of 50. We got many projects and within a short span of time. This is why Fluper has become a well-known organization in the app development sector.

The year 2018 has brought several achievements for Fluper. The key one is that we shifted to our new office on June 15th, 2018. From the team of 50, Fluper has turned into a family of 250+ experts and served multiple clients across the globe. The enterprise has even awarded as one the top-rated and reliable app development company by reputed firms, such as AppFutura and Goodfirms.

Not only this, Fluper has attained an exclusive position in the market at present. There are numerous factors behind this, including a team of veteran, as well as ardent app developers, market researchers, business analysts, project managers, project coordinators, etc. By fighting against all the odds, the association is certified by NASSCOM and IBM. While building an app costs an arm and a leg, Fluper allows you to get everything done at an affordable price without sacrificing on the quality.

Statistics Making Us Standout from the Crowd

All these statistics clearly indicate that Fluper is giving several other entrepreneurs wings to fly. Chatbots, Product Designing, Strategic Consulting, Mobile App Development, Product Management, Quality Assurance, and Web Development are a few of the main services delivered by the corporation. What actually making it an organization that you can rely upon is their ability to complete your project; no matter how complicated it is, within the deadlines. While Praveen Tiwari interviewed Mr. Anshul Sharma, he was really amazed by the services offered by Fluper. Yes, we provide 9 Month absolutely free app marketing to all its clients. Their aim to, serve the clients in such a manner that they can bring happiness to them.

From Evolution to Revolution!

Fluper has a team that works with a passion and zeal for delivering out-of-the-box. Achieving such a big and recognized place in the market was never easy for us; however, the urge of doing something has given us such pride of being the best. Ranked as one of the top 3 startups by Innovate India, Fluper has become a symbol of hard work. There are many battles that we have to fight to say in this aggressive competition, but we are all set to face every challenge. Fluper is achieving newer heights in the app development sector. 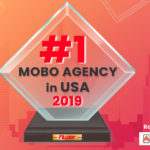 Fluper Featured as #1 Mobo Agency in USA by AppFutura! 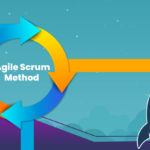