Cognizant is Sued by a US Company!!!

Crawford & Company, the US-based self-governing insurance claims-handling services providers, has recently sued cognizant for a suspected breach of contract. Cognizant had been commanded by Crawford, in order to execute PeopleSoft Financials utility as a segment of an ERP project, which is known as Atlas that was decisive to Crawford’s operations. The project has the components for client-facing services and internal operations. The lawsuit, which is filed in a United States district court, Crawford declares it suffered considerable damages due to the means the project was executed. This is what the company mentioned in the lawsuit,

“Even though Crawford notified Cognizant of serious problems with coding, performance, testing, and other problems, Cognizant failed to remedy them. Instead Cognizant continued to fail to properly staff the project and to miss important deadlines, all causing significant injury to Crawford including problems so significant they threatened Crawford’s own customer relationships. This lawsuit seeks recovery for Cognizant’s breach of its contracts with Crawford,”

At the time Cognizant has a word with TOI, it stated, “Cognizant looks forward to fully defending itself and telling its side of the story in the proper forum.” Crawford offers a host of services, which includes insurance catastrophe services, services for big and difficult claims, adjusting services, and third party administration services.

It said that Project Atlas contained the deployment of a novel financial or accounting package, in order to meet technology and business requirements of the finance functions of Crawford associated with cash management, set assets accounting, billing, accounts receivable and financial accounting. The fresh economic accounting package was anticipated to be contemporary, modular, scalable, and web-based enterprise software.

In the month of December, last year, at the time Crawford told Cognizant about the issues, Cognizant is supposed to have reciprocated that all the difficulties were explicable under the MSA i.e. Master Services Agreement and consequence from actions, which were “beyond Cognizant’s reasonable control.” A message to Crawford on the subject did not draw out an answer till the time of going to press.

Most of the IT agencies face heat with their clients for suspected botched deployments. Wipro involved a $75 million agreement with its quite old clients National Grid for free of all claims connected to an ERP deployment project subsequent proceedings the latter filed in the year of 2017.

Wipro stated that a settlement had been caused with no admission of legal responsibility or illegal behavior of any type by the parties. 2 year before, US brewer MillerCoors take legal action against HCL and sued for $100 million. The reasons behind are not meeting the timelines, faulty implementation, and insufficient staffing in a project. The organization HCL filed a counterclaim stating that the aptitude of the job was not informed efficiently. 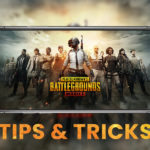