On June 2, 2022, the Google-developed framework; Angular 14, the most recent TypeScript-based free and open-source web app framework, was released. It offers several new features and enhancements to make usage more frequent and fluid. Typed-out forms gave way to standalone components, and the Angular component received the needed changes. Additionally, it draws energy from the new primitives.

This release also includes other additions and bug fixes that community members themselves have provided, such as stronger router typing and more tree-shakable error messages. Angular’s improved default developer experience is something we are thrilled to highlight, thanks to its Strictly Typed Reactive Forms and the community. The upgrades and features that Angular 14 has to offer Angular developers will be discussed in this section. So, let’s dig deeper in it.

Angular 14, the advanced successor of Angular 13, is now live in the market. This next notable Google release is the web application framework built on Type-Script. With the introduction of stand-alone components, Angular 14 promises to speed up the development of Angular apps by eliminating the heavy requirement for Angular modules.

The most meticulously prepared revision by Angular is said to be version 14. CLI auto-completion, typed reactive forms, stand-alone components, directives and pipes, and improved template diagnostics are some of the new features in the Angular 14 version.

Read Also:  Planet App by Shopify- How to Use & its working?

To enable bootstrapping, Angular 14 depends on the following factors.

All the Angular applications rely on its components. There is always at least one component in an Angular application, known as the root component, which links a component hierarchy to the page document object model (DOM). Each component has an accompanying HTML template that provides a view to be presented in the target environment, along with a class that describes the application data and logic. Every Angular component consists of the following elements:

A template in Angular is a section of HTML. Use unique syntax within a template to build on many successful Angular projects.

Each Angular 14 template you use in your application is a piece of HTML that goes on the page the browser shows. Similar to standard HTML but with far more capability, an Angular HTML template generates a view, or user interface, in the browser.

By synchronizing data between the class and the template, the template syntax instructions demonstrate how to control the UX/UI.

NgModules are contradictory to and complementary to JavaScript modules. To develop functional units efficient, an NgModule can associate its components with relevant code.

Dependencies are the tools or resources a class requires to function in Angular 14. Upon instantiation, a class receives dependencies from the Angular 14 DI framework. Use Angular DI to make your apps more adaptable and modular.

The new Angular 14 Update brings some noteworthy features and components that its predecessor has missed. The blow-listed Angular 14 features are something to be excited to use in the Angular applications.

The Github problem, which involved executing strict typing for the Angular Reactive Forms package, has been resolved with the Angular v14 release. The precisely typed forms will improve a contemporary-driven strategy for Angular to work invisibly with the current forms.

Form Control is also available for use; it calls a specific value and accepts input of any kind. The fact that Angular 14 offers a seamless upgrade experience from earlier versions to version 14 is one of the most encouraging features of what’s new in v14.

Although the Angular 14 modules are optional, the objective is to depart from the current configuration by constructing pipelines, directives, and components. Here, the goal of the TypeScript-based Angular framework is to change the current state by producing artifacts like components, routes, and directives.

Angular has published an RFC (Request for Comments) to make Ng modules optional on stand-alone components. While the Angular 14 upgrade will not make these modules obsolete, it will make them temporary to maintain compatibility with the current Angular libraries and apps.

The auto complete function in Angular 14 is fantastic! There are too many typos in your code, which leads to command-line mistakes. Version 14 of Ng completion now has real-time type-ahead auto completion to resolve this issue. From CDK (Component Dev Kit) menu primitives to CLI auto-completion, CDK and tooling enhancements provide the building blocks for a more robust development environment. Real-time auto-completion in the terminal is made possible by Angular 14’s delivery of the most recent CLI capabilities. You should initially run the Ng completion command. The Ng command must now be entered, followed by the Tab key to investigate all available choices.

The Angular CDK is a set of building blocks for creating dependable, fast online apps. The most recent update alters the environment for contemporary web development.

By offering data binding capability and eliminating the need to create a data management layer from scratch; it makes organizing and presenting big data sets easier. Additionally, the CDK offers developer tools for typical jobs like translation, internationalization, and style encapsulation. By interacting with the primary components offered by this framework, developers may design their own elements.

In the past, page names provided clear, concise information about the page you were now seeing. Angular 14 has introduced a new feature to make sure that the app’s page and title are clearly communicated.

The new attribute in the Angular router was included in every step of the Angular 13 title addition process. The imports required to add a title to your page are not present in Angular 14, nevertheless.

Read Also: React vs Vue: Which Js Framework to Choose in 2022?

Although many coding practices have significant subtleties or limitations, they are theoretically valid in the eyes of the compiler or runtime. These patterns might not produce the results a developer wants, leading to problems. Many of these patterns are recognized by the “improved diagnostics” of the Angular compiler, which warns programmers of possible issues and enforces industry-standard best practices.

How to Update Angular 14?

The new v14 is worth the upgrade, and if you want to get the update, click on the following link. You can go to https://update.angular.io/

Angular 14 offers several upgrades, enhancements, and features that make it easier to develop Angular applications. The developer community will undoubtedly benefit from these developments. With Angular 14, the introduction of standalone components has made it simpler to create Angular apps. With the added surprise from Google, it’s inevitable to use Angular 14 in the upcoming development process. 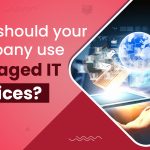 Why should your company use managed IT services? 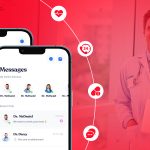 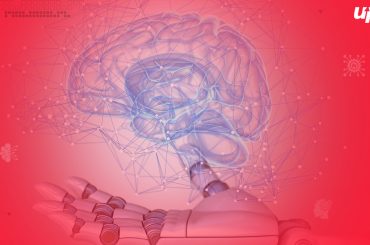