Building up a startup is a task in itself, but making a multi-million dollar one is just another hurdle that seems impossible to get past.

2013 is marked as the inception of Fluper which initially was merely just an idea that was later turned out as a small company having only a handful of people working in it. We were scared at first because the competition out there was impeccable and exhausting.

The motive behind creating Fluper was to provide businesses with app development services which they can implement in order to expand their territory in the market. But, it wasn’t that easy as it first seemed to be.

All these years, we’ve been through a lot and to be honest, we had no idea that our company would become of the best ones out there.

Fluper: The Journey from an Idea to an Unimaginable Reality

Providing our clients with the best services has always been our motto which also is the reason that we are now ranked amongst the best app development companies in the world. Being a Google and Apple certified app Development Company, Fluper has now become a first priority for most of the businesses, startups, and industries as well.

From Android and iOS app development to AR/VR development and everything in between, our developers are proficient in providing the best services possible.

What started out as a startup idea and has only 10-15 employees, now as more than 300 employees and that number is only growing and that at a constant rate.

After all the struggles we’ve been through, it calls for an ultimate celebration, which leads to the creation of Aarambh. The idea behind it was to bring out the happiness within us and to appreciate the ones who have given everything they have got to the company.
Leading up to the main celebration, we had so many events which every employee has to take part in for 10 days straight. All the teams have to compete against each other in order to win a mega prize which is given on the day of main event. Struggle has made us what we are today, and Aarambh is a way of us celebrating our achievements. Uniting our brave hearts and pillars behind our success was our priority that time.

It all started in 2017 when we celebrated our annual day for the very first time. The venue was Pearl grand where everything went down in the “grandest” way possible. Even though we were small in numbers, the celebration was probably the best a small company could ever have. The 2nd installment had to be something special, so we decided to entail the theme of Superheroes which our employees truly are. Aarambh Dwitiya was quite special for us, because within a year, we secured us a new place to work at. Other than that, our family grew up from 20 employees to more than 200.

The 2nd installment of Aarambh brought in the concept of having fun activities for 10 straight days leading up to the main event. The motive behind creating these games was to promote teamwork and whichever team wins those games would get a grand prize on the final day, i.e. Aarambh.

From the day of the event we knew that we had started something new that only going to help us in the long run. So far 2019 has proven to be the best year for us, not only we grew up in numbers but we introduced a full-fledged marketing base. At first we were only limited to app development, but now we are capable of providing business across the globe with top-notch marketing services.

Just like Aarambh Dwitiya, we organized games ahead of the main event. But in order to make our celebration tear down the roof, something special had to be done. So, we came up with the idea of showcasing dance performances by various teams, which to be honest, were the main highlight of the event.

We chose Stardom Convention as the venue for the event, because we are all stars and deserved the best. Since we were celebrating our anniversary, what time could better than recognizing our hard workers? Awards, certificates and medals were given that day to those who have given everything to this family. Aarambh Tritiya was probably the grandest celebration we ever had when compared to the two previous ones.

Steadily but gradually we have always made sure that we celebrate our annual day in the most incomparable manner. Breaking down barriers and moving forth is what we have always believed in.

Fluper is forever in debt to its hard working employees without them it would be impossible to establish such an empire.

We Are All About Spreading Positivity Home isn’t the only place where families are made; Fluper is quite a big family in itself. We are a home to 300 plus members who are dedicated towards providing two major things. The first one would be – satisfying their clients to greater extents and second one is spreading positivity as much as they can.

At Aarambh Tritiya, we introduced or we should say launched a handful of things that an app development could ever think of.

There are so many app development companies available, but do you know any one amongst them who has its own app? Well, from now onwards, Fluper is not amongst them, because we had launched our own app at Aarambh 2019.

Other than that, we also launched a marketing base, where you can approach us to make a name of your brand in this competitive market.

For what we have achieved in just a short period of time, asks for a celebration that nobody has ever experienced. For us, Aarambh is a huge public party first instead of an anniversary. Aarambh is a full package of music, dance, finger food, and drinks.

If you are curious to know what actually happened at the event; then make sure to check out our social media channels and most important of them all, YouTube where you can find the teaser of Aarambh Tritiya and full-fledged videos of other two installments as well. Infographics: 10 of the Most Famous Apps in Australia 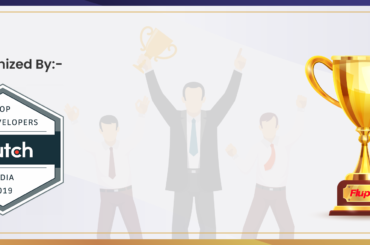 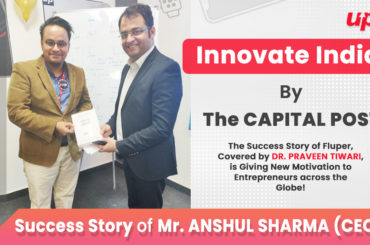