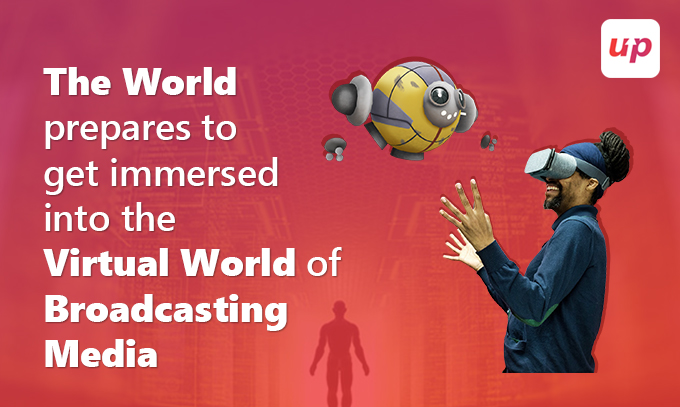 Virtual Reality has just portrayed an alternate mode of visualizing the world around us. It has displayed endless potentiality which can never be defied be it in the field of imparting healthcare or training young surgeons and nurses, educating young minds, mobile app development services, real estate and practically all the possible sectors that you can think of. But, how far can this new technology revolutionize the media especially the broadcast one that is carrying forward the age-old tradition of conducting its affairs till date?

Mixed reality is a term wherein the real and virtual worlds merge to produce an amalgamated make-believe world displaying objects from either world surviving in harmonious co-existence, responsive to the users in real-time. Virtual, Augmented and Mixed Realities are few latest terminologies which are often heard either in separation or in combination but their implications are completely unavoidable as the whole world gradually step towards a future where virtual and the real world will emerge indistinct from one another. Something that we often get to witness in futuristic sci-fi Hollywood flicks. Their importance has long been recognized by the top mobile application development companies and now the dignitaries have turned their attention to implementing these new features into the untouched sector and that is the broadcast media covering audio, visual and print sections.

It’s time to understand how Virtual Reality can successfully exert an everlasting impact on broadcast media??

The change began with our relation to TV contents which is no longer restricted to location, time and a hefty television set since witnessing the live contents on mobile screen has emerged as the new norm.

Irrespective of the above examples, one thing that is undeniable and it is immersive technologies are definitely not best at storytelling, something which the television, on the other hand, is really good at. Few are of the opinion that VR components are unlikely to be detrimental to televisions. But then opinions do clash, but more than few agree on this fact that whosoever fail to embrace the new trends are eventually going to fizz out.

Now we come to the final section of the content

The undying influence of virtual reality and its strong foothold in the modern world is gradually encompassing each and every sector within its realm. Mobile technology cleared the passage for entry of other inventions to slowly make way into our lives and top-rated mobile app development companies such as Fluper awaits the right opportunities to crop up such that it can be effectively incorporated to enhance the user experience. And it is highly likely our future generation will only see the television set, newspaper, and radio lying displayed on the shelves of some museum.  But then, the benefits obtained from Virtual and Augmented Reality can never be averted since they are here to stay and if you have plans to bath in its glory with your idea, there is always an option to avail the service of some dedicated mobile app developers hired to do the job for you.

Developers like Fluper can be contacted to gain optimum benefit for the mobile app development process at: 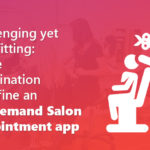 Challenging yet Benefitting: A Rare Combination to Define an on-demand Salon Appointment App