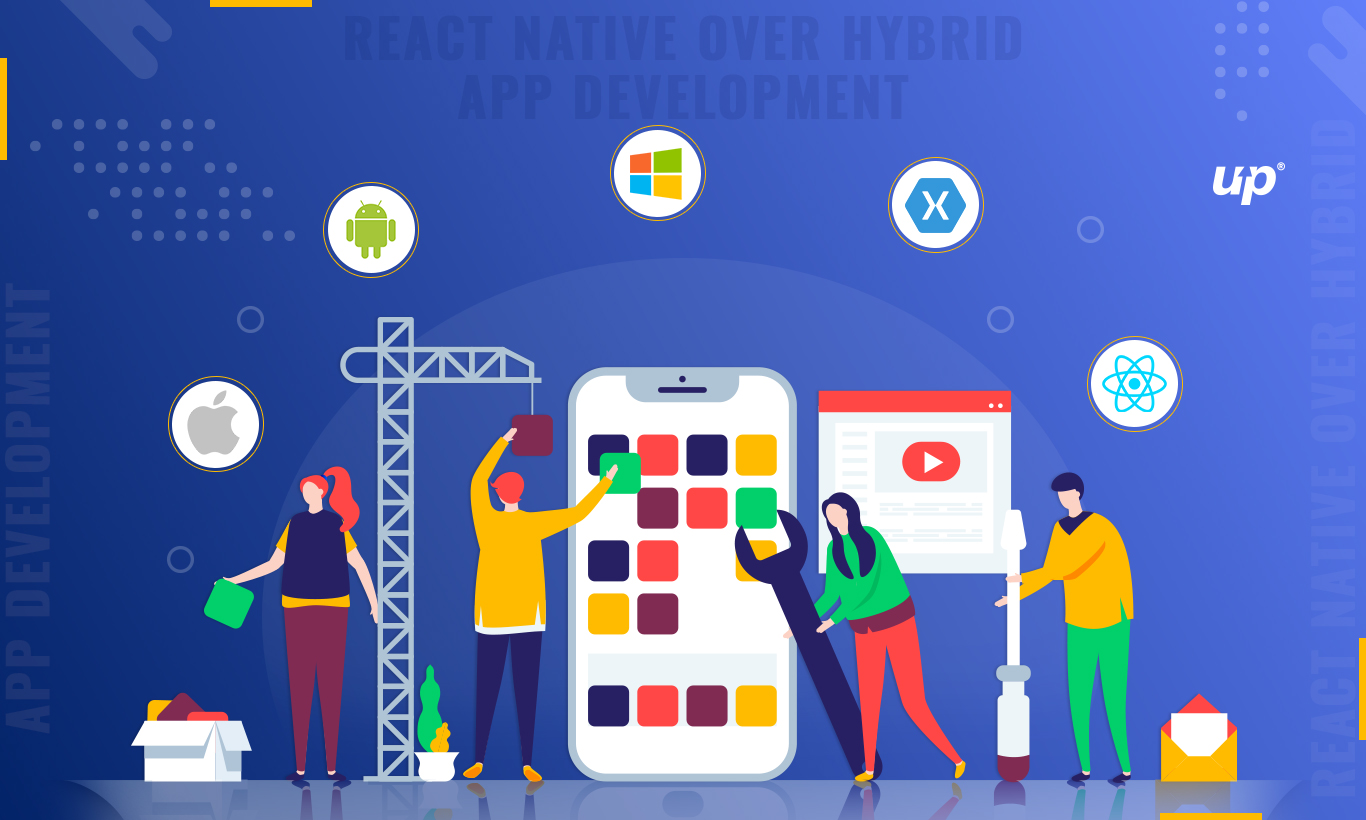 Why Do Startups Need to Choose React Native over Hybrid App Development?

When it comes down to making best-quality, creative, and influential apps then react native is the way to go. Whether it’s for Android or iOS app development, react native has made things possible to create mobile apps that can skyrocket the performance of native apps.

Now for those who don’t know what exactly is React Native? Then we are glad to tell you that this is the right place you are looking at.

What is React Native? 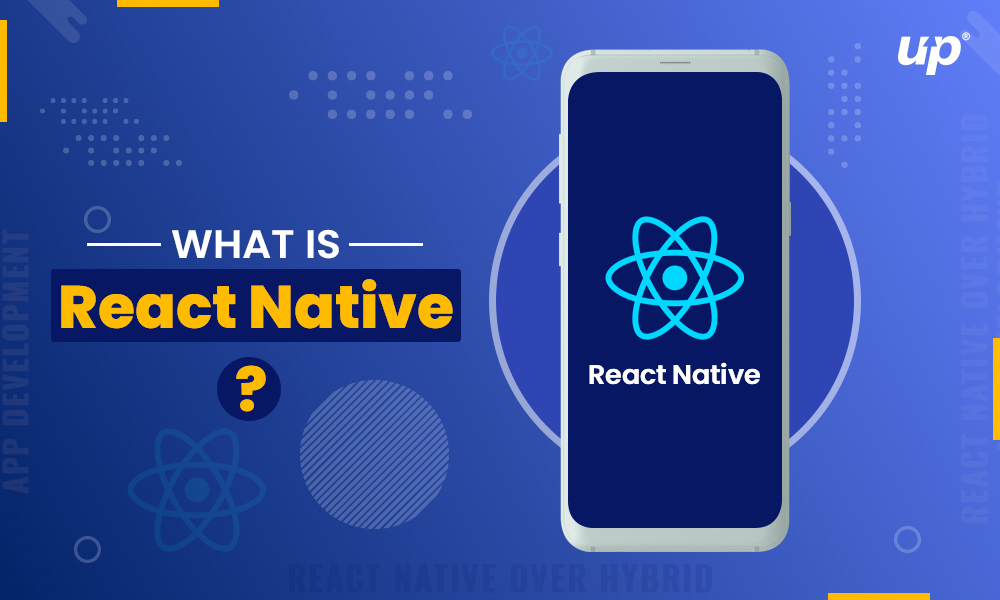 React Native is an open-source framework which is best known for transmitting the concepts of web development into mobile app development. This is hands down the trendiest app development framework among the developers as it allows them to make versatile apps with the help of current JavaScript information.

Along with that, it offers cross-platform compatibility over iOS, Android, and the web. It allows the developers to make cross-platform apps without making any compromises in quality.

One of the best parts of React Native is its ability for faster and easier app development and topping things off with interactive user experience. This framework is preferable for those who are starting their carriers as app developers since there is no need for learning new rules and obligations.

Now that we are talking about hybrid app development, you should know that there are other approaches as well, which you need to look at before we move any further.

Ways to Develop an App

There are 3 ways through which you can make an app, let’s enlist them together:

Mobile Web Development (One App to run across mobile and web)

Now that the need for smartphones is on the rise, it would be the right time for start-ups to choose the hybrid app development. Now that you are done with deciding the app development approach, it’s time for you to choose an appropriate development framework or library. However, it isn’t that easy of a job. The point is choosing one might get tough for you. Now the question, what you must choose?

Well, that’s where you can rely on. Being an app development company, we’d be happy to help you out.

What You Should Do Being A Start-Up?

Honestly, getting things started for a start-up is quite a job, and when there is an app involved, it gets more complicated, so what you should do? Well, first you need to know that there are so many factors you need to look at like project ideas, services, and last but not the least, framework.

Since every single one us is using mobile apps, you need to come up with unique ideas and approaches to target your audience. The idea and your initial app have to stand out in every major aspect. Here are some things that you need to consider while making an app for your start-up.

The app and the idea behind should be impressive

Should integrate with all OS (Android/iOS)

The Relationship between Start-ups and React Native

Now, it’s time for us to get back to the question for which you guys came here for. Why start-ups should go with React Native? The relationship the two of them is quite likable as they both complement each other. There are so many reasons why React Native is suitable for start-ups, but the bottom-line is all these reasons help them reach their goals. Now, it would be right for us to mention some of the reasons why you should React Native for App Development.

This right here is probably the most crucial reasons for choosing React Native as it is known for faster app development, which exactly a business or a start-up looks for in the first place.

With the help of React Native, you can get an MVP project in literally in no time. Like we just said, it reduces the overall development cost and time. The MVP needs to build while keeping investors and user’s interests in mind for the best outcomes. With all the facts stated above, it is quite clear that React Native is best in providing faster and effective solutions with the help of modern technologies. 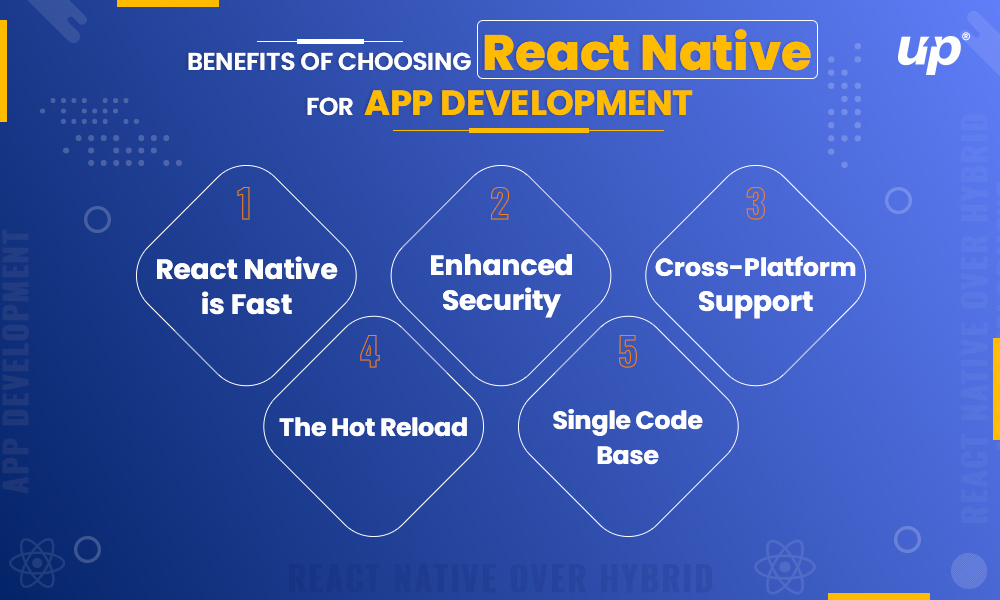 When compared to other frameworks, React Native is clearly fast and provides faster services to the users and developers. However, the fast development depends upon several factors, such as the number of stacks you are using, the type of app you are building and many others as well.

JavaScript is used as the framework’s core development language, which means there are fewer chances of you ending up with flaws or any sorts of breaches. Hacking into the apps that are made with React Native is nearly impossible and which makes this framework quite reliable in terms of security.

React Native is the only known framework that can build native apps for cross platforms like, Android and iOS. Along with that, the framework allows the developer to make an app and make it run on different platforms.

There is no need for you to rerun the whole project again and again if it happens to change a bit of source code on React Native framework. With hot reload feature, you can easily check the changes live.

Have you ever seen or heard the slogan of React Native? Well, it goes something like this “Write once, use it everywhere.” Now that you’ve seen it, you may have got the idea that an app built with React Native can work exceptionally well on both the Android and iOS platforms.

Since the time of its inception, React Native has always been a top-rated app development framework among the developers. There are endless reasons behind its popularity and as per our experience, we’ve discussed them. Now, the question, you being a start-up, would ever choose, React Native for App Development or not?

Are you looking forward to making an app with React Native? Well, if that’s the case, you can always rely on Fluper. Being a mobile app development company, our team would be really happy to help you and that too at affordable rates. Other than that, you can also hire React Native app developers from our company. 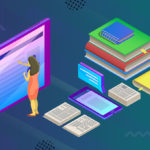 How Mobile Apps Are Important In Education Sector?

What strategies should be kept in mind before setting the React Native to push notifications? 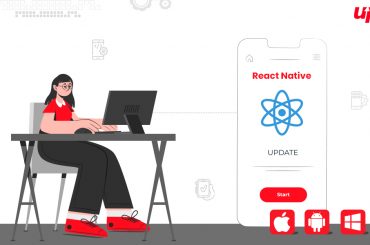