Why Amazon Prime is not a good thing for companies?

No doubt in saying that the services of Amazon Prime are good for customers but these are becoming worse for companies. This is because the cost of subscription deals has eaten up half of $119 annual subscription. Amazon’s fulfillment cost is continuously rising and all the credit of this price hikes that are done by major shippers. On the other hand, Amazon’s Prime Service is quite a good thing for major industry leaders. Amazon’s Prime has lured more merchants and that has helped the company to expand its product offerings as well as encouraging the existing ones to buy more products. According to Jeff Bezos, Amazon Prime currently has 100 million members globally. The main problem for the company is that shipping costs are rising continuously & making its free shipping becoming more costly. Although Amazon’s fulfillment costs are increasing than its revenue, said by Dan Morgan.

Free Shipping Is Costly For Amazon to Offer

Amazon Prime’s perks are worth for you but not for everyone. Morgan also said that Amazon charges $119/year from customers for Prime subscription but half of the amount is consumed by the cost of offering free shipping to customers. In a report, it is revealed that Amazon spent $25.2 billion on fulfillment costs in 2017. In fact, it is also revealed that Amazon accounted for 4% of US retail sales and 44% of US e-commerce sales in 2017. The amount was 43% high as compared to the previous year and all this amounted to 14% of the company’s total revenue. In 2018, that amount rose to $35 billion and it is predicted by Benchmark analyst Daniel Kurnos that it will probably jump to $43.3 billion in 2019.

Not only Amazon but also all three of the major domestic shippers i.e., the US Postal Service, FedEx, and United Parcel Service also hiked their prices. Yet Amazon modified its own charges only for merchant customers who use its fulfillment services. It is still unclear if its higher charges will able to cover its increased costs or not. Needless to mention, Prime’s free shipping offering is becoming a better deal for customers but creating a worse situation for Amazon. Morgan also stated that the increased fulfillment costs not only affected operating margin, but it also destroying revenues from Prime members. On the other hand, Wall Street analysts are betting that the company posted $3.7 billion in operating income in the fourth quarter while Kurnos is forecasting $3.2 billion. Amazon is offering outstanding services to its customers but it will prove adverse for the company if the situation does not get changed in future. 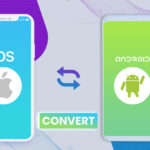