Why Agile methodology is growing significant for mobile app development?

In this impulsive competition, when most of the organisations whether it is mobile app development companies or from other domain are dedicating efforts while upgrading the products and services existed with the help of cost reductions, time saving and enhancing over quality as far as existing customers are concerned. In order to get the intensified knowledge of Agile in mobile application development, one must be elucidated with process of mobile app development. Irrespective of any product that is more likely to be installed on the mobile device, in order to create an effective application, it really looks for some implementation of designs, at least one programming language, text content, ideas as well as many hours of dedication to create a mobile app development followed by building, and testing. It looks for the synchronization of jobs as well as tools in order to perform the enlisted jobs above.

Although mobile app development teams is quite distinctive from the classic web-based software with the innumerable physical limitations relying on the following:

With these limitation further intensified with the impulsive competition, developers must be ready as well as steady in order to deal with all inconsistencies of app development as well as deployment. Hence to give constant support to the development of software applications, traditional remedies can be somewhat useful but they cannot be accommodated for the mobile apps. Here agile methodologies come into the picture with the ultimate reason of its driven factor by intrinsic need for changes and enabling them with quick response to the technological changes. Apart from being functional, effective as well as user experience which were considered to be onerous for mobile app developers, here is added with agile methodologies in this encumbrance.

Agile application development method which is although considered to be an approach towards product development. In this process the entire process is divided into a proper series of development cycles where agile for mobile app development let the entire orderly arrangement divided into multiple sub-tasks. Each is differentiated into mini-projects concerning over the development team. 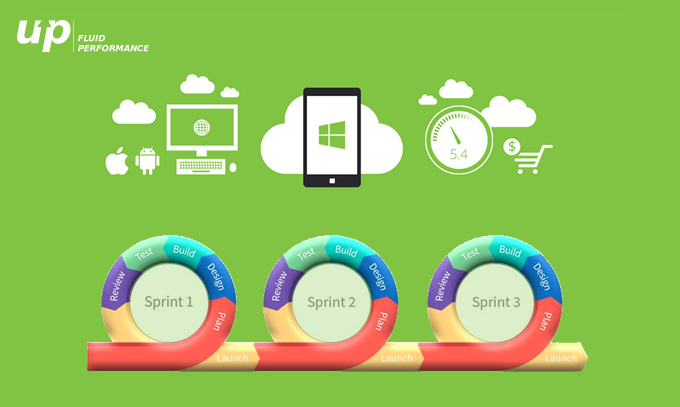 Something which is quite essential for the project is the proper division of assignments and the apportioning of specialists not only with the dedicated team but followed by risks emerge with the development where the probability of errors are considerably minimised.

Apart from the proper distribution, the utilisation of agile methodologies rely on the regular communication within as well as between the groups. It establishes constant interaction between the customer and contractor as well as project development environment which ends up the design to get the maximum flexibility. As a result, in some case if the customer or a team leader raises a new demand, in essence it does not bear any impact on the app marketing as well as look for unnecessary time wastage.

Considering the waterfall methodology which involves with the requirements pre-defined on the basis of testing as well as development which is although regarded as the last step of the SDLC. Since in development testing and documentation, which are although regarded as fundamental hence agile methodologies of mobile app development is not effective but efficiently goal-driven apps with the ultimate motive of delivering error-free information whenever required.

Scrum is employed as the most commonly used agile framework as far as mobile app development is concerned where scrum utilises “flexible” strategy. Since customer prioritises more on the transparency on the current progress of the project, it renders the ultimate motive of not hampering the efforts as it enables the customers that can even change the project execution plan even in the middle of the project which is not possible while complied with traditional or sequential approach. 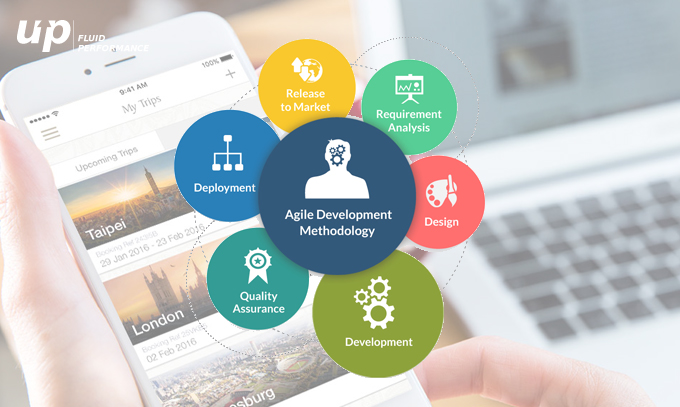 Since agile possesses the necessary ingredient of iteration which is although considered to be inherent as far as mobile app development is concerned where any random mobile app become successful with comprehensive experimentation as well as adaptation complies with the process of refining as well as receiving what users prefer. Since apps are always placed in the hands of consumers who themselves post comments as well as ratings on the app stores as well as on the app, it looks for immense emphasise.

It enhances reliability which leads to the continuous use of apps

Via multiple cycles of testing and quality assurance, agile development enables app developers to build not only qualitative but reliable app by conducting repeated cycle of testing with particular sprint.  This has been kept into the consideration that the mobile apps are considered to be the least tolerant as far as errors and crashes of the mobile apps are concerned. As the app crashes for the first few times, users just get it uninstalled and move on with alternative apps.

It enhances responsive to the technological changes

With the help of agile sprints as well as frequent releases which enable the organisation not only to be responsive to the changes in the technology but new enhancements can seamlessly be rolled out in the form of updates without much pain even on a regular basis where the only constrained is getting the app updated too often.

Although it must be kept into the mind that mobile apps are quite distinctive from any of the applications since they need to be comply with the small footprint and looks for regular download as well as updates. Hence apart from these, it requires seamless interaction with the back-end servers when required. This can be accomplished with several adjustments which are supported with the sprints, improves quality assurance followed by multiple test cycles which are the necessary components for any mobile app development to ensure long run survival.

In case of any feedback or suggestion to give, please feel free to contact Fluper. It is a top notch mobile app development company which creates the most path-breaking app by following agile methodologies.

Tips Which Will Ensure the Unmatchable UI/UX of your Apps!