The new President in White House signed a new executive order on 27th Jan restricting the inflow of immigrants from 7 Islamic countries namely, Iraq, Iran, Syria, Somalia, Sudan, Libya, and Yemen. From shameful to needs to be done, it has faced almost all kinds of reactions. There is a 120-day long ban on 6 of them, while Syria has faced a life time entry ban. And this, as expected, has started a wide spread protests in United States as well as around the world. Right with the signing of the order, thousands of nationals of these citizens were held at airports and were send back to their country immediately. The nationals of the banned countries who are living in US are also affected by this order, even though they have green card. “The president fundamentally disagrees with the notion of discriminating against individuals because of their faith or religion,” the former President Obama’s spokesperson said on Monday.

Who is at the receiving end?

All visa categories for the said countries are affected severely by this order. Green Card holders who are outside of US while the order is in place needs to appear in font of administrative officials. And the ones who were in US itself, needs to meet the consular office. However, the US citizen are completely safe with this regard, both those were born in America or those who has a citizenship of US afterwards. The order also attacks those who have dual citizenship with one of the above listed countries. However, in case of dual citizenship where one is of US itself is exempted from the order, even the other is from the banned countries.

According to United Nations High Commissioner for Refugees, more than 4.8 million people have left the country since 2011. Whereas, Syrian Observatory for Human Rights have claimed the death of 312,001 people since the start of the conflict. Europe is already taking its share of refugees in their continent, and with the ban coming into force, the European leaders are in shock. British foreign Secretary Boris Johnson described the ban as “divisive and wrong,”. French foreign minister also condemned the ban stating that welcoming refugees is a duty of solidarity. Australia, however is one of the few countries that has supported the Trump’s call. It is obvious because the island country has been tough on refugees in the past.

The IT industry will be badly tortured by this order of the new administration; the list of CEO’s is growing who stand against this action. With Google’s Sundar Pichai leading the way Microsoft’s Satya Nadella, Tesla’s Elon Musk and many more joining the list. They argue that their employees working here have legal permit as well as talent to serve the company. Airbnb CEO Brian Chesky has offered housing who is affected by the ban. “Trump’s actions are hurting Netflix employees around the world, and are so un-American it pains us all,” Netflix CEO and founder Reed Hastings said. The Silicon Valley is deeply concern with this because the immigration policy as it was contributing the maximum for the growth of the industry with skilled labour force entering the game. And this step has certainly created tensions between the Tech Giants and the White House.

Is the order a Muslim Ban? Technically No, Morally Yes. Trump, during his campaign has advocated the ban on Muslim entry in the United States in order to “prevent” the terriost attack on the US soil. However, Trump has argued that his order is not against Muslims, as there are 40 more Islamic countries that can still travel to US. Yet his opponents claim this to be a rational ban targeting a particular religious group. New York City Mayor Rudy Giuliani said “Trump had asked for a “Muslim ban,” but one that was done legally”. But as indicated above Trump is not alone, the European extreme right stands in support of him as Nigel Farage saying that he (Donald Trump) was elected to be tough. How is this tussle will unfold is only a wait and watch story. 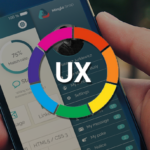 Why UX Matters to Develop a Successful Mobile App 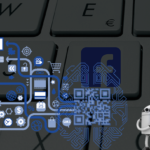 Chat bots and Artificial Intelligence: Where are We Heading