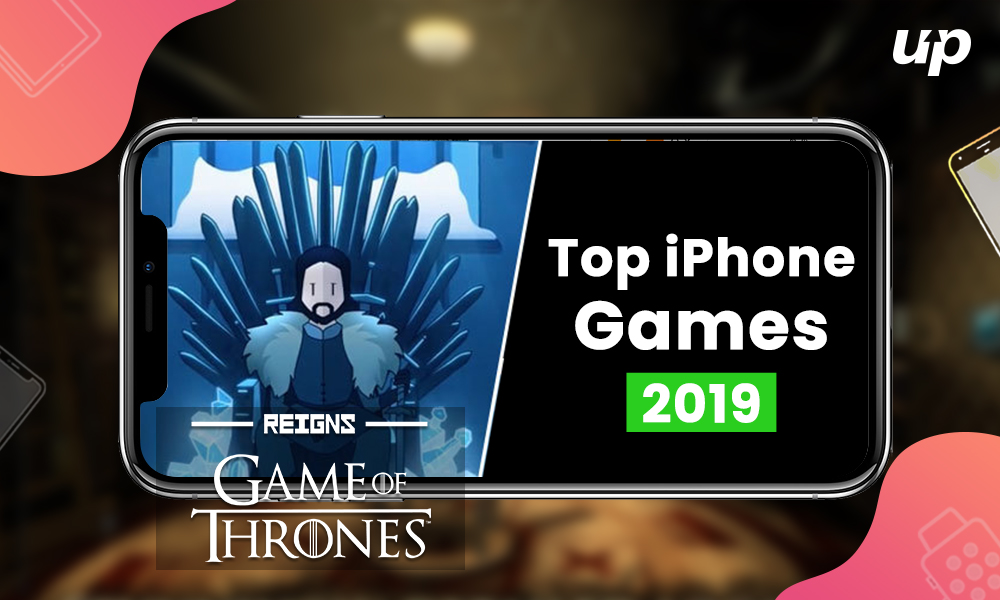 Top iPhone Games You Should Choose in 2019

Are you are game lover? If yes, then something excited coming to your way this year! No doubt, we all got a stellar year of games in 2018, and 2019 looks to keep up that momentum without skipping a beat. The mobile gaming apps have evolved constantly in the past few years with the constant efforts of mobile app developers on both the platforms i.e. Android and iOS. Games like PubG and Pokemon Go have taken gaming industry to a next level. But, what to expect in the future? Here, in this blog, I have mentioned some top iPhone games that you can’t miss in 2019.

Why iPhone Games are Popular?

The iPhones have been around for a decade now, but still, Apple’s iOS remains productive ground for a wide variety of great mobile games across every genre. It is well-known that earlier you could enjoy decent games only on high-end gaming platforms. However, with constant innovations in technology, mobile devices, especially the iOS devices now encapsulates sport impressive hardware that is capable of running some truly stunning games.

Great for VR Apps
Looking at the above benefits, it’s no surprise that mobile app developerscontinue to produce top-notch games for Apple’s mobile devices. One reason that the best app developers prefer working with iOS is that customers in the App Store seem more eager to pay for a great game. Several facts show that iOS users spend considerably more money than Android users on apps. The higher spending has allowed Apple to pay out in excess of $25 billion to iOS developers since 2008. Nowadays, the edge-to-edge display of the iPhone XS and XS Max and iPhone XR introduced by Apple are absolutely stunning and make it a great device for gaming.
According to the recent updates from Statista, iPhone games have made a huge impact on the people in the United States. This is why; iPhone app development has become a successfully full-fledged sector in this region. 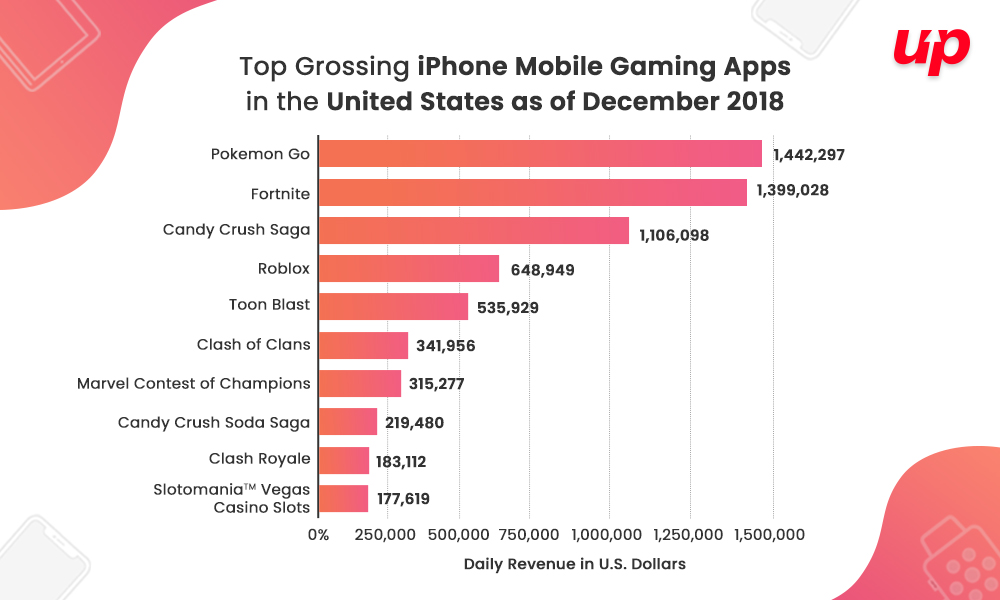 During this survey, it was projected that first-ranked Pokemon was generating about 1.44 million U.S. dollars in daily revenue.

With the App Store constantly filling up with new games by the effort of iOS app development companies, it can sometimes feel like finding a good one amidst the scrum is an impossible task. But, not now! Whether you have just gotten a new iPhone 8 and you want to load it up with games or you’re a long-time iOS owner who wants to try something new, then there are amazing iPhone games just a download away from you! 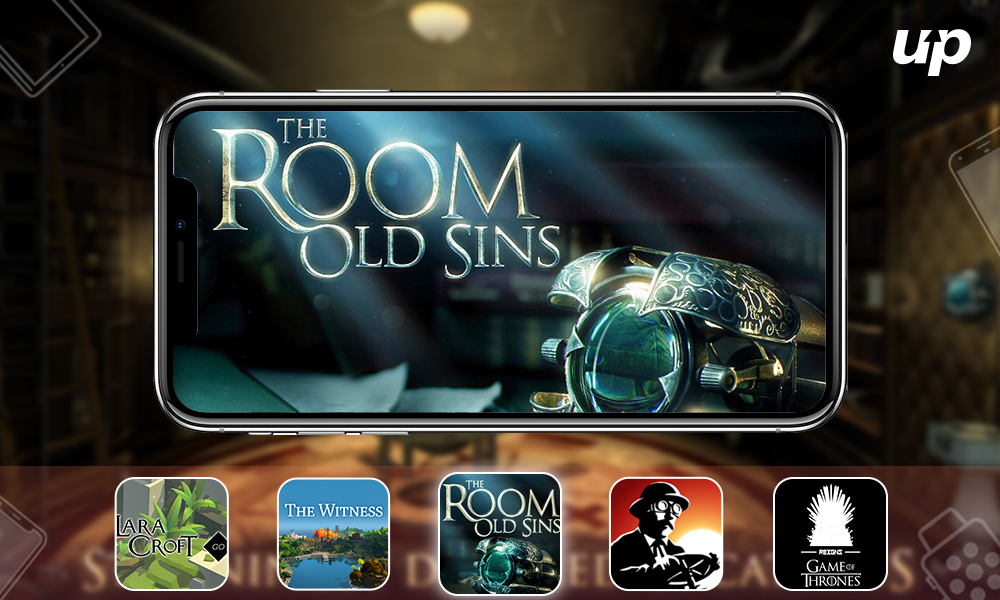 If you want a better touch screen experience, then this game is perfect for you. The games fully involve manipulating objects; for example- you are pulling switches, twisting levers, turning keys and it just feels right. This is dark, unsettling, mix of an adventure game and a puzzler, and the perfect response to anyone who believes that mobile games are for kids.

The Witness is a solid choice for any gamer if you are looking for a beautifully designed open world game. It’s like you wake up on a mysterious island with no idea about the place or even who you are. Your one and only option is to discover the island around you and uncover clues to the real reason you find yourself trapped. This brain-melting game is all about puzzles to find and solve with an amazing experience!
Core Features

What do you find when you mix Tinder with the King of the illusory kingdom? That’s when Reigns comes in! After two successful versions of their ‘Tinder but for running a Monarchy’ franchise Reigns, developers Nerial took a spin at a licensed edition, with the brand new name of Reigns: Game of Thrones. The game is more enjoyable if you are a fan of popular series Game of Thrones. “Reigns” lets you pick one of nine leaders from the original series to rule the Iron Throne for as long as you can.
Core Features

Like every game of Square Enix Montreal, this game is also special. It is a turn-based puzzle video game in the Tomb Raider series. The game received generally favorable reviews since its launch. One of the best things about the series is Lara Croft’ outing. Here, you are still fighting with monsters, pushing boulders and finding switches, but everything moves a single space at a time at the same time as you do.
Core Features

Another fantastic game for the game freaks is here in the form of 80 Days. It gives you a new world to circumnavigate in the supposed allotted time. Well, it’s not a completely new world, it’s more like a steam punk reimagining of the Victorian era. You’re playing the valet to Phileas Fogg, Passepartout, and it’s up to you to make sure that your world trip goes as smoothly as possible. You choose the directions, the destinations, and the mode of travel.
Core Features

These are my top gaming picks for iOS users. If you are still looking for some more option or anything you want to know about mobile gaming apps, then do share in the comments section below. Moreover, if you have an idea for an amazing gaming app, then you can hire top iOS andAndroid developers from Fluper. The app experts at Fluper tend to remain adaptive in terms of latest technologies for iOS game development and iPad Game applications. 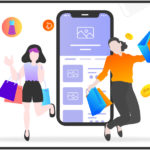 Ways to Promote Your Business with a Shopping App