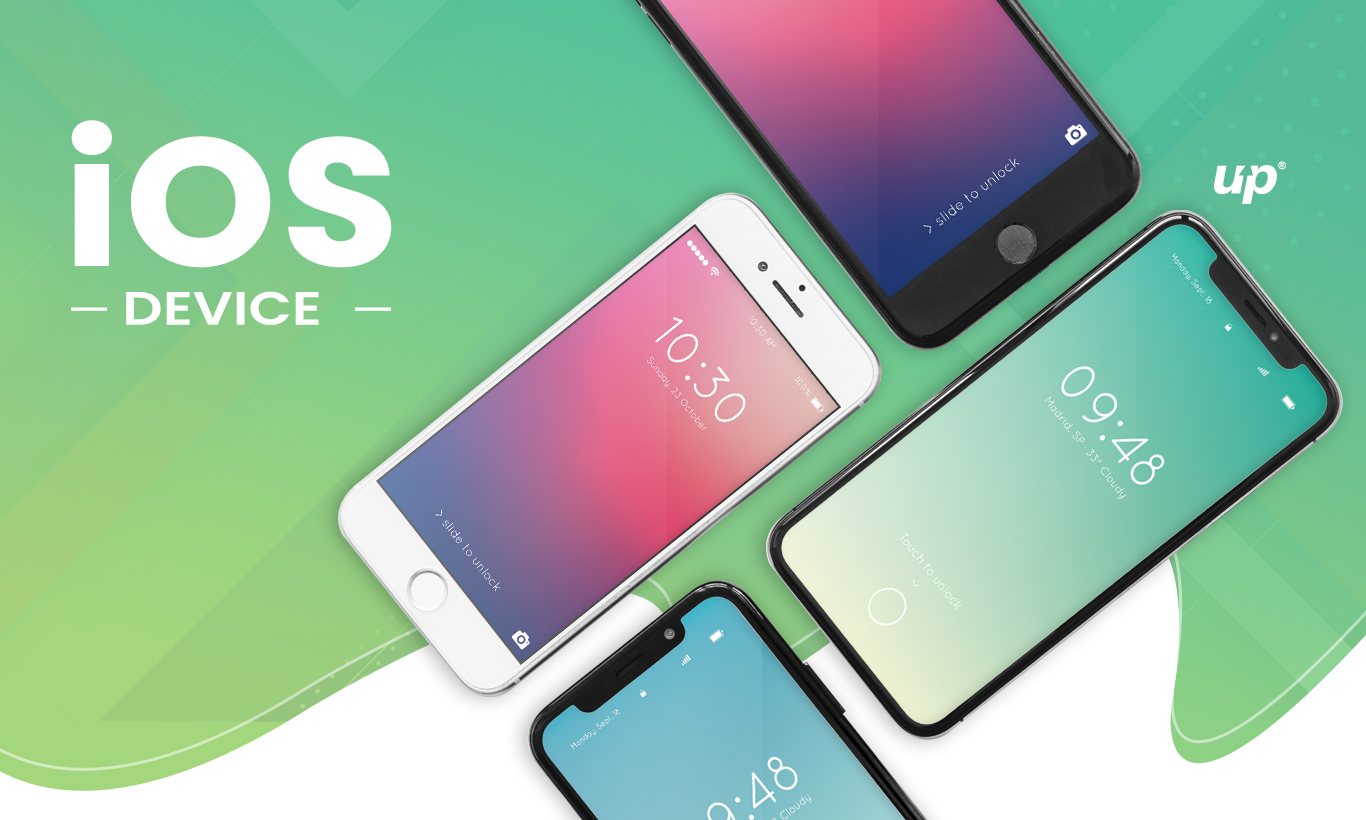 Top 10 iOS Apps without Which an Apple Device Is Incomplete

We as users can go for hours on arguing which one’s the best OS, Android or iOS. However, when it comes to iOS, Apple has always been a top priority for most of the population, particularly the ones from Europe and the USA. Keeping that aside, no matter how much an Apple device may cost, but you can admit to the fact that it has got such a reputation in the market which is somewhat impossible to pass through.

Since the time of its debut in this industry, iOS applications have played a major role in setting a bar on user experience and convenience. We are living in 2019, and till this date, Apple’s App Store is known to have more than 2 million apps and this number is expected to reach to a whole another extent. 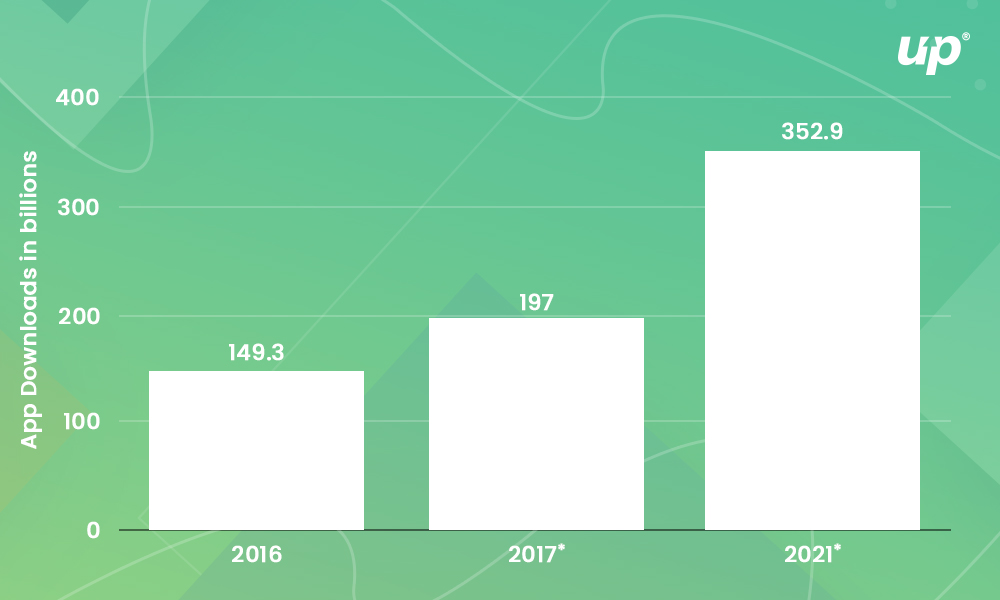 With this rapid increase in the app downloads, iOS app development companies all around the world are striving hard to fulfill such an extensive demand. With that being said, we being an app development company itself would be very happy to help you out in case you are looking forward to building an iOS app.

As far as an app is concerned, there is literally nothing that makes an app perfect. However, sometimes it’s the services that it offers makes the app more favorable and desired among the community.

Now keeping all that aside, we’ve put together a list of some of the most well-reviewed apps of iOS without which an Apple device is somewhat incomplete.

It is basically a mixture of cryptocurrency and exercise. Yes! You read it right. This app pays you for exercising, it really does. Honestly, you won’t be making millions out of this app, actually you won’t be making any real money from this app; instead, you’ll be receiving “sweat coins”. Those coins can be later on redeemed for items available on the app’s marketplace. In simple words, this app is hands down a great motivator. So, what are you waiting for? get your hands on it to grab some undeniable rewards.

In this era, we literally have forgotten how to spend quality time, as we busy with our jobs, study and what not. While, Timeview, on the other hand, has started caring more about how people spend their time. With this app, you can finally manage the events you have on your calendar. Thanks to a deep series of filters, it’s easier to keep track of what’s coming up and master your time rather than just managing it. However, we’d be disappointed if Apple doesn’t release an app just like this. Make sure to download this app to keep a track of your time.

If you haven’t of Fortnite yet then it’s quite a bit shocking as this is evidently the leading online multiplayer game which has the world wrapped around its “claws”. It is basically a battle royale game that let 100 players enter the game at once. And all you have to do is just eliminate the opponent to come on top, and that’s it. The best part is, Fortnite is absolutely free to download, yet there are in-app purchases to access player skins, weapons, and much other cool stuff. So, brace yourselves to enjoy the most amazing ever made, at least on mobile platforms. 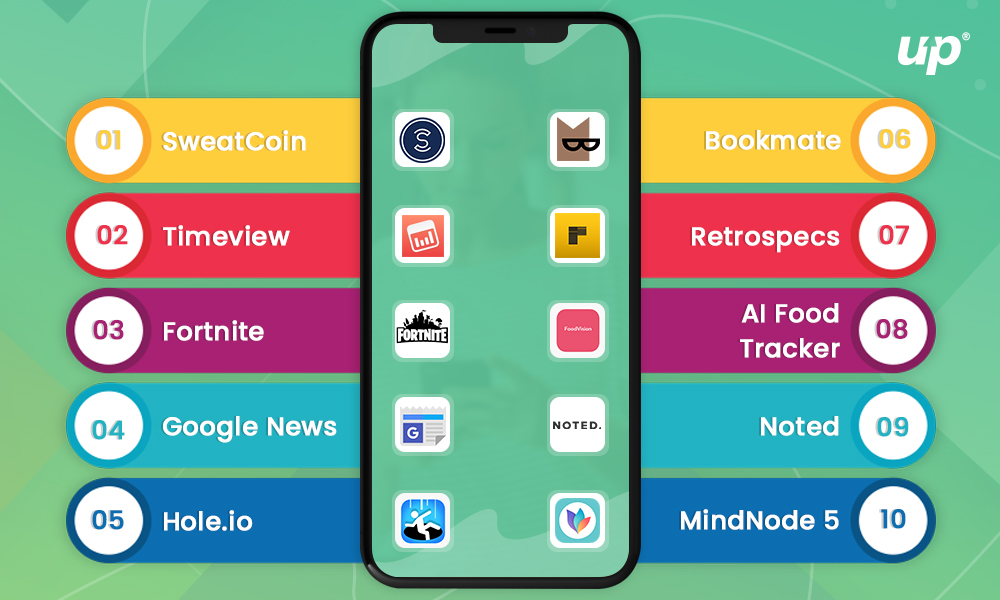 Who doesn’t want to stay updated with all the latest affairs happening all over the world? Google News is one such app that keeps you updated at all times. This app has been here for ages and has got millions of users all across the globe. The best part about this app is that it creates a custom front page of all the hottest stories of different ventures. To be honest, there are a lot of apps that we’ve seen but few did it this well. With that being said, don’t forget to download this app to receive personalized news.

Generally, .io games see you compete for resources against other players to take over the map, which is quite addictive and fun to play around with. However, in this game, you’ll be playing as a hole that has to swallow random objects to grow. As you grow bigger in the game, you can then swallow larger objects. Though, you have to avoid being eaten by other players at the same time. The app looks vibrant and the controls are smooth which makes it more favorable among the users. It would for us to say that this game is more of a strategy based genre.

We know for the fact that switching to some audiobook library for Audible is kind of hard, but before making any judgments about us, you need to hear us out. Bookmate’s free plan gives you access to public domain titles, social features, and recommendations. On top of that, the free account lets you access over 50,000 titles. While on the other hand, it’s premium services let you access more and more modern books. So, we’d recommend you to choose the topmost tiers to have access of a lifetime.

How could we make a list of best apps without mentioning a photo editing app? Now you must be thinking “it’s a typical editing app”, well that’s where you are wrong. What makes this app quite unique are its filters which makes your photo looks like it was processed by an old device. Well, that may sound like a gimmick but the filters that this app showcase makes it one of the best out there. Other than that, some filters are only accessible through premium version which evidently has a lot to offer.

It’s totally a future driven app that makes you feel like you are living in a whole another dimension. This app primarily uses your phone camera to scan food items and later it tells you the relative nutritional value of what you are eating. However, you need to know that this app is not perfect; sometimes the app struggles to identify certain combinations of food. Apparently, the app is going through some progressions, which assures us that later on this food tracker can do wonders. 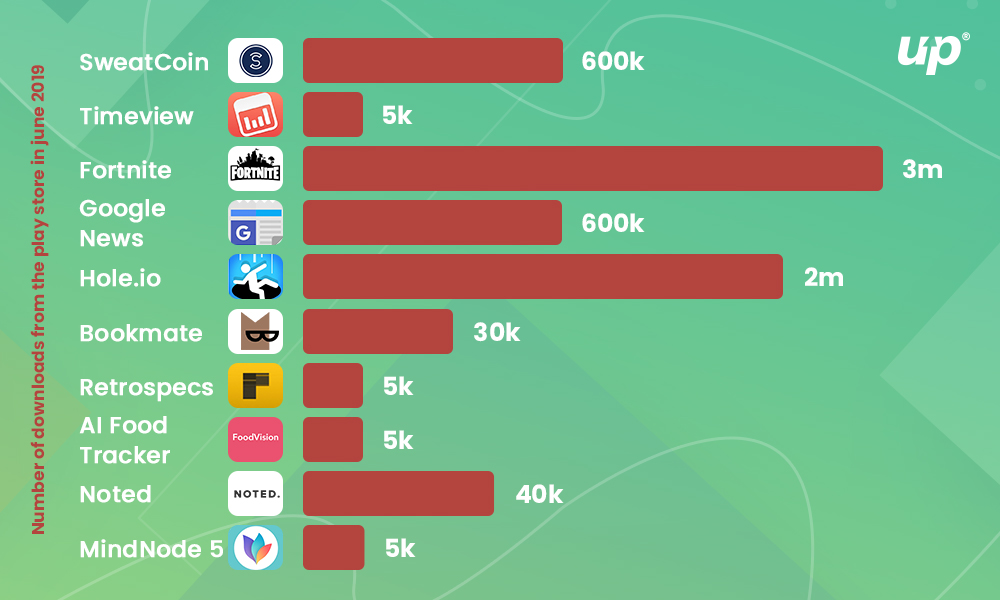 As the name suggests, this is a note taking app. And we also know for the fact that you may already have several on your device. But, Noted may be the only one you need. The app lets you record and takes notes, but the features that it offers are the ones to look out for. Noted works exceptionally well with Siri and lets you lock your most sensitive notes. In conclusion, the app has no design flaws, so we’d recommend you to switch to this app as soon as possible.

Evidently, this app is the oldest one on this list. However, the series of updates have made this app a gem. It is basically a productivity app that lets you connect your thoughts. By incorporating a flowchart format, the app makes things easier to understand. While starting things out, you’ll find it quite strange to use, but later on, you’ll get to know the app and its functionality. The point is, this app has the potential to turn your more unproductive moments to productive ones.

So, here we are that’s all with this “top 10 lists”, we hope that you’ll find this list quite helpful and informative at the same time.

Now you must be thinking “that’s all, these are the only apps that can help us out when we are in need” our simple answer to that is NO. Apparently, there are millions of apps on the App Store alone, the list that we made was based on our opinions and experience that’s it, nothing more and nothing less. In the end, the choice is all yours, but we do want to tell you that choose the app which you think can satisfy your needs in the best way possible.

Are you fed up of searching the internet over and over again in search of the best app development? If that is so, then it is quite obvious that you haven’t heard of Fluper of yet. Being a top-rated app development company, Fluper has the best client retention rate in the industry. so, be ready to get satisfied with our services. 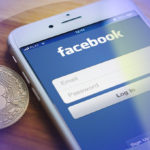 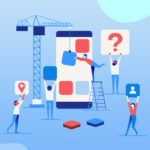 15 Questions to Ask Before Hiring a Mobile App Development Company