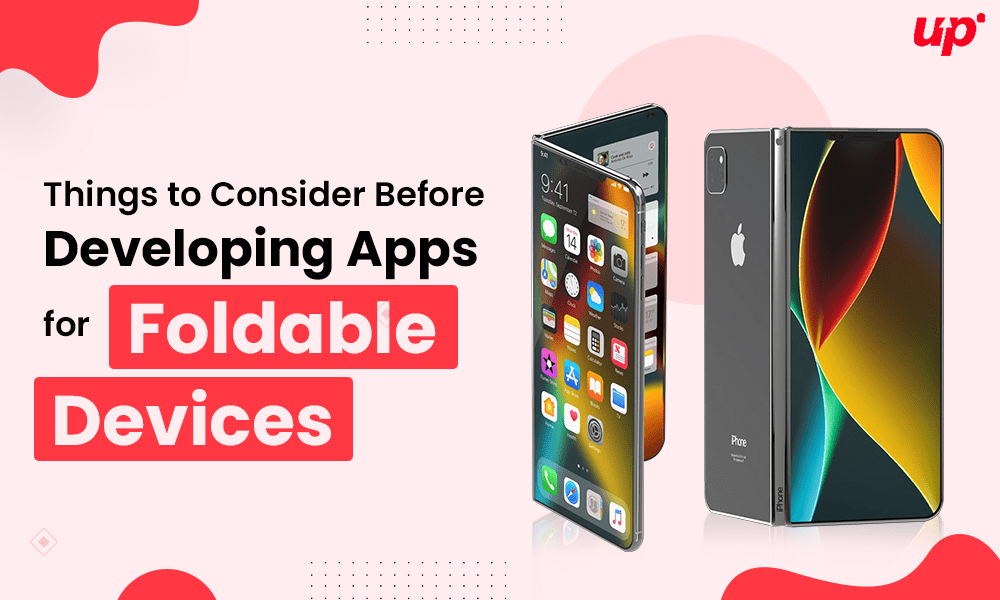 Flip phones have a certain nostalgia to them, specifically the 80-the 90s and an era where we rocked the flipping phones as our first property, actually where we were hooked on the Nokia and Motorola phones.

The enigma passed and after a decade the technology revolutionized the design concept of the flip phones and introduced the foldable touch phones that have the incredible ability to seize their size into a palm. Samsung after one unsuccessful attempt came back stronger with a Foldable Z Series that overcame all the technical issues.

This is the first foldable phone success and several others are in line. With the new phone version trend, mobile developers also need to step up their development game. The foldable phone app’s functioning is deemed to be different primarily because of the screen foldability, design, and size. The current design folds from the middle sizing into a shape of a company mirror.

Things to Consider When Developing an App for Foldable Phones: 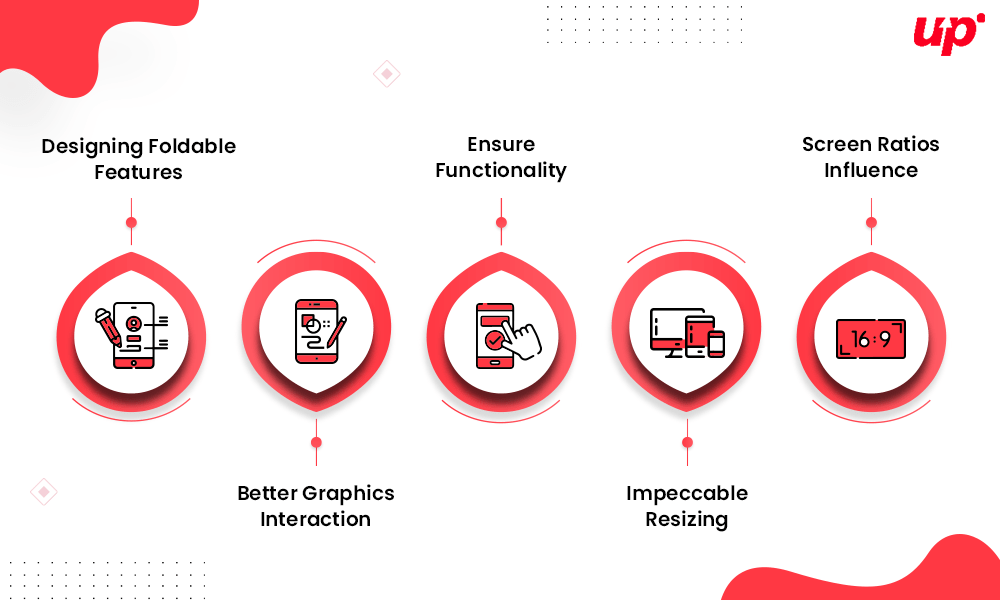 Here are some considerable features that the developer should start thinking about. as a mobile app developer.

If you break down the concept of foldable phones, you get one standard screen and one small screen. now the developers would be confined to designing features functionality exclusively for the smaller screens. which app features would be more preferred by the user on the small screen and how they would function across different devices with the re-sizing feature? Designing foldable features would require additional case studies on the behavior pattern and the interaction with the app.

So the foldable phone has incredible resolution and screen graphics that would directly influence the user experience-based design of the application. As compared to the regular smartphone, the interaction between the app and the foldable phones would be much different. Developers must design and develop mobile apps that particularly work well with foldable phone designs and reflect better graphics as per the resolution.

Since the trend has just started, the developers should ensure the functionality of the apps across the versions. In the upcoming years, Samsung will have several competitors aiming for the perfect operating foldable phone and hence the developers should focus on the overall functionality. The android phones already have inbuilt screen continuity support but now the apps should also include double-checking of multi resume, multi-display support for the smooth transition

Another question that the developers must ask themselves is whether the built-in resizing feature would be able to support the features as the functionality and seamless experience would vary from one manufacturing company to another.

Most recent smartphones are coming with a multi-window mode that is compatible with both resizing and the multiple window mode. Most Android developers go with resizeableActivity=true coding that establishes that the app should be supporting multi-window and resizable screens. The coding is supportable for foldable phones, freeform windows, and desktop screens.

While this code is a temporary relief, the developers must keep open for tools that could revolutionize the resizing of the folded screens and unfolded screens. The design also has a screen that lights when it’s folded closed, the working screen is smaller than the existing smartphones and hence the app settings should be tweaked to fit that small screen as well.

Screen rations are different from the app’s ability to resize as the phone flipped. While the resizing feature should be impeccable, screen ratios are important as a part of UX and UI. With the different versions and manufacturers, the screen ratio would be one of the top considerations even if you are opting for the resizing technology. You can use max maxAspectRatio and minAspectRatio to identify the lowest and highest ratios the app can handle. For example, the screen ratios for the Microsoft Surface Duo are different from the Samsung Galaxy Z Fold 3.

Your screens should be adjustable to make your app work optimally for both screens foldable and unfold able. Adjusting screen ratios also mean that your app can shrink and expand as per the screen and maintain its functionality. Psychologically, for the audience, the foldable phones are too sensitive to tolerate frequent glitches.

We are at the end now!

Near the end, you must be thinking that why should android developers consider every foldable device as developing the mobile application? So, what’s wrong with developing an app that is most considerate of the major manufacturers such as Samsung, Huawei and so on?

Here is your answer! Since foldable devices are an emerging trend and according to the Samsung stats, the company generated revenue more than expected. This means every company would attempt to regain prosperity with the new trend as picked by the users.

Considering every aspect of the development of your foldable app from the perception of multiple manufacturers means that your app would rank better, gather credibility, and would cover a vast pool of audience. As a business owner, you can hire a professional agency with acquired expertise in app development in Dubai. The agency understands the dynamics of the audience pool and the technical requirements.
Some Of the Foldable Phones in the 2022 Market 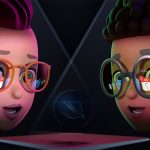