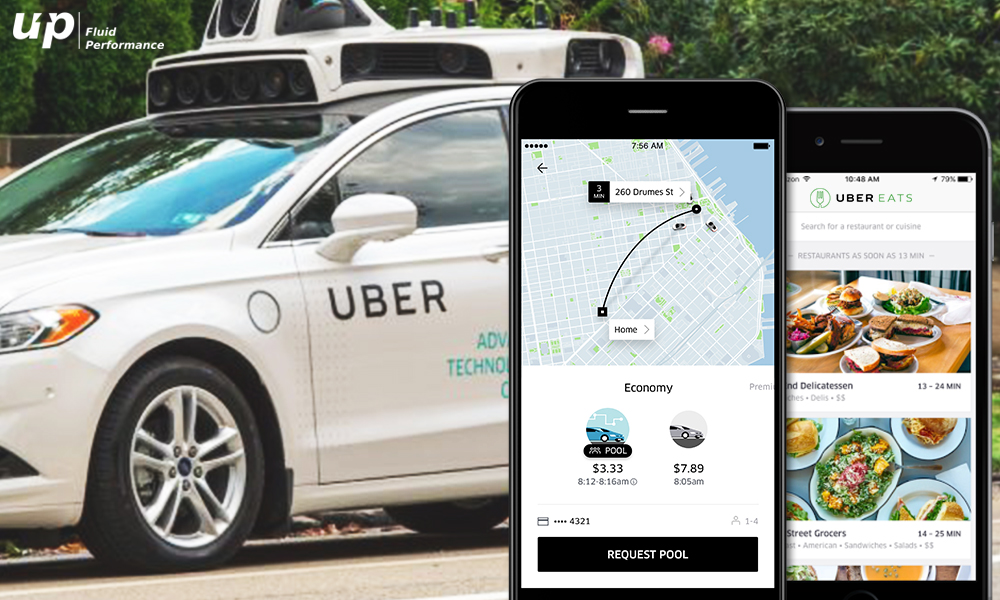 From Taxi to Food Delivery: Uber is on an Expansion Spree

Can any company go as right as what Uber is doing lately? What began with a mere conglomeration of mobile app development with cab business, has gradually expanded his wings into the other domains of the on-demand services.  Each calculative step undertaken has turned out to be productive for Uber. Startups have much to learn from its business strategy.

The San Francisco Company rose to its height of success with Taxi booking application, Uber. It soon stole the major chunk of the market from its rival, Lyft, in the US market. There are specific reasons why Lyft failed to counter Uber’s exponential growth in the market.

Expansion into new areas like logistics and food delivery.

It is clearly visible where this company plan on heading to and since it has already become the household name trusted by users, there is just no stopping to its expansion.

So, here we are tracing the expansion journey Uber has embarked on right from taxi service to Uber Everything:

Founded way back in the year of 2009, Uber took the step to enter the mobile application development for hailing cabs. Soon, the company reached the whopping valuation of $68 billion in 2015 according to Forbes.

UberAuto for auto-rickshaw services to citizens of India.

UberBoats launched for riders in Istanbul.

UberChopper for fliers in Shanghai.

Uber made another announcement and i.e. UberX. It is a service that makes use of low-cost hybrid vehicles to render cab-booking service to the riders.

Uber Rush is an offshoot of ride-sharing taxi application, Uber. This is also a part of the on-demand service provider connecting shared economy couriers with business as well as individuals when needed to schedule on-demand pickups and deliveries.

Not only Uber but also the other players in the cab applications have initiated the shared option to reduce the number of vehicles running on the road leading to air pollution. UberPool is the option to allow riders to share their rides with those traveling in the same direction. 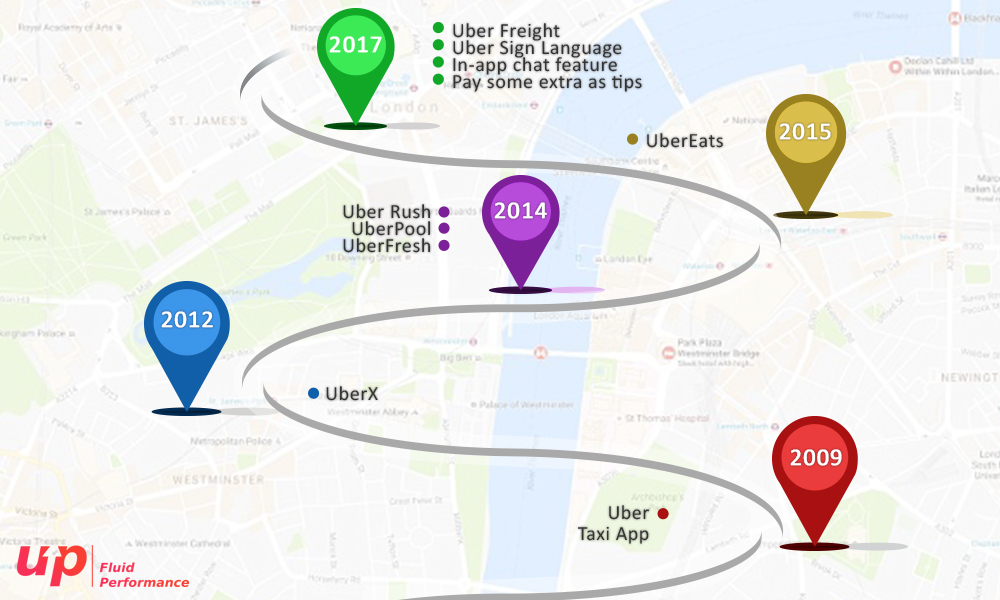 Testing with on-demand food delivery service, UberFresh was introduced in selected parts of Los Angeles to offer dinner deliveries during weekend even.

UberFresh was renamed and relaunched as UberEats to expand into other areas including New York City and Chicago.

Launching Uber Freight as an entirely separate application under the Uber banner to match truckers with the companies that need cargo shipped across countries.

The mobile application developers associated with Uber designed a new feature that guarantees job opportunities to physically disabled drivers especially those with a hearing deficiency. Uber announced the ‘Uber Sign Language’, a feature added to the application that teaches basic words and phrases in American Sign Language. This allows communication between the passenger and deaf driver.

In-app chat feature added to the existing Uber taxi application such that riders and drivers can easily communicate with each other when it is required instead of dialing their number and run the risk of exposing your contact details to a stranger.

The riders can actually pay some extra as tips to the drivers if the former is well satisfied with the service received from the driver. At the time when the option of ‘rating the driver’ pops up, there is also another option and that is to pay the extra tip for their service. Again, the driver has the advantage to either accept or reject the same.

Diversifying is not devoid of risks. But, app development services has proved otherwise. It has made easy for anyone to convert his or her idea into an application to be launched in the market. Doing the right thing can kick-off the application onto a successful journey. This is exactly what happened with Uber. Uber Everything is a startup within the startup that aims at exploring and expanding into other sectors to fetch more options for the Uber partners to make money. Irrespective of few mishaps and scandals, Uber teaches the world how to leverage the lying opportunities to its advantage and make money. Such business expansions, in turn, have opened job opportunities for individuals and best mobile application development companies. The latter can actually design apps similar to Uber to counter its rising growth and worldwide expansion.

Top mobile app developers like Fluper must carefully study Uber for inspiration. A company that started with cab is aiming to create Uber Everything to cater every single human requirement. 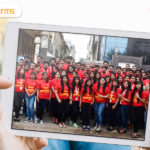