Serverless vs Microservice: Which Architecture would be better for your Business?

One of the key criteria for the success of a business model lies in how well the company uses technology. From creating its very own distinct brand identity to developing an effective marketing model the technology plays a key role in all major and minor decisions of a business. So it becomes imperative to adapt to the growing needs of the market by finding the flexibility between old and new current and future technological investments. Two such technologies are serverless and Microservices.

Microservices and serverless replaced what was previously a monolithic architecture for building applications as these were unscalable and required very expensive and extensive resources. So in search of architectural styles which would be scalable, cost effective, efficient and agile models such as Microservices and Serverless were born. If you are in a dilemma about which of these architectural models will suit your business the best, then we have got you covered as in the further sections we will know some more about Microservices and serverless and what exactly differentiates them from one another.

Read Also:  Cardano Price Prediction- Will This Crypto Asset Be As Big As Ethereum?

What is a Microservice?

Adapting to an approach which is the complete opposite of the monolithic architecture where a single entity holds all the functionality, Microservice is an architectural pattern where the applications are broken down into smaller services. Allowing the user to have a more adaptable and flexible infrastructure the each of these smaller services in a Microservice can be interfaced and executed independently and may even be written in different programming languages.

Advantages and Disadvantages of using Microservices-

Serverless is the application development architecture where companies use third party vendors to host their application functions. All the developers need to do is focus on the programming and the necessary physical hardware is outsourced from an external vendor. Two different perspectives of serverless architecture are Baas and Faas

Advantages and Disadvantages of using serverless-

Difference between Microservices and serverless-

Both the architectural models have vastly different approaches and the one suited for your business totally depends upon you so here are some distinctions which might help you get a clear picture on how both the models compare to each other.

Among many if the real world big names who have adapted the microservices model of architecture Netflix, Amazon and Uber are some. Netflix being one of the first organizations in doing so.

Nordstrom,Codepen and Figma are some applications which have adapted the serverless application development architecture model.

Both Microservice and serverless have very similar development models but different approaches. Replacing monolithic architecture both the models work phenomenally indisposing of what was wrong with the monolithic approach. The model which works for you the best depends on what you prioritize in your business vision whether its flexibility, scalability or cost efficiency. If you are more interested in building a larger platform then Microservice may be the approach for you but if you are looking for something cost effective and agile serverless might be the approach for you. 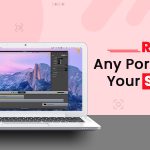