In today’s era, the secret of a successful mobile app is nowhere, but it totally depends on the unique idea and best app developers who cannot only build an app but also they can make it more advanced with their expertise and thoughts of innovation. It is well known that a great app is built on a unique idea, a good understanding of the high-end users and their behaviors, psychology, and habits, has good speed, response time and an intuitive user interface. However, a mobile application development company in UK always thinks beyond something different in order to make an app attractive and highly functional.

Nowadays, some apps present the same functionality and sometimes same design, so it is important to find ways to differentiate yours of the rest. If you are going to hire android app developers for your next Android app project or consulting with the best app Development Company, you should definitely ask them first- what should they do to make an app outstanding? What are the key focus areas they look while developing an app?

Well, with so many app development companies across the world, choosing the best is quite tough. Here, I am making this decision it easier for you. If you have a killer app idea, then Mobile application development UK is the best option for you, because dedicated app developers are gradually moving to more advanced mobile app strategies.

If you have seen the lists of “best new apps” and “top apps of the year.”, then you may be wondering what makes these apps any better than the thousands of others in app stores? What makes an app great? An attractive name and fancy animations may help, but real quality comes from how well the app addresses. This is where top mobile app development starts! Here, I am going to discuss some of the major areas in app development, which is must –

It is a clear fact that designing of an app has to be unique because poor and scrappy design indicates the fact that there are not many efforts put into the app. Great apps repeatedly put efforts in even small details to encourage users. A good app user interface is simple, user-friendly and does not have elements that don’t add values to the mobile app. Too many unnecessary features will cause users a hard time to find out how to use the app.

Mobile application developers always thinks about the primary content that users will care about. Also, they find out that how a smartphone is viewed in different environments to create a logical user’s path and make it obvious and easy to use. The most well-known design techniques app developers use are-

Simply putting the color according to the nature of the app is the motive of the developers.

Interfaces are basic and as reasonable as would be prudent so individuals could utilize the app with an ease.

By applying the right dimensions, you can easily make their proper hierarchy.

By doing things, your app title and even some highlights can be easily noticed by users.

Testing of the App

In the context of mobile app development, it is important to test the app in three categories; namely – functionality, the user experience and the user interface. Many developers sometimes don’t focus on functionalities because they are more into designing.

But, in reality, it is important to note that these three will help determine the app’s success on the app store. A well-tested mobile app prior to release has better chances of success. App developers in UK always ensure that they provide an error-free app at the end. The important factors they consider while testing an app include-

Using a Test Case For Your App

Security is the Prime Concern

Secure and Own the Code

Use of Android And iCloud Keychain

Improving Functionality of The App

A research reveals that more than 50% of all users have faced problems with mobile apps. Therefore, performance has to do with how fast or slows your app loads if the app crashes when it reaches a peak in user activity, and how smooth certain features work. App development companies in UK constantly working on how they can improve the functionality of the app. Here are some of the prime tips, which app developers prefer-

If you have still any questions about how to effectively improve your mobile app performance, then you can consult with app developers in UK, who can help you out with your performance and security needs.

Also Read : Xamarin is the Next Revolutionary Thing in Mobile App Development

Focus on UI and UX

Grabbing user attention is not easy. If you want to create a successful app in today’s competitive mobile ecosystem, you need to understand how the end user experiences mobile apps. Top app developers in UK focuses on improving UX with these tactics-

No matter if you want to make your own project or work for a renowned company, there are some necessary aspects to be aware of while developing an app. You should frequently explore apps featured on the app stores and those that receive awards from Apple and Google. Apps developed with a specific focus can maximize resources to flawlessly deliver the one thing your users need most. If you are going to hire app developers for your project, make sure they have expertise in the above areas mentioned here. Otherwise, without any doubt, you can choose the Top Rated Mobile App Development Company in UK for better results. 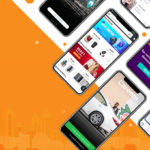