With reference to this incidet, a user of Samsung Galaxy S10 fooled the fingerprint sensor of the phone with the help of a 3D fingerprint of his own. A user by the name of darkshark posted a post on the image sharing community website, Imgur. He posted a video showing how he managed to fool the phone sensor. For this he took the fingerprints on a wineglass and processed it in Photoshop and made a prototype that could draw the lines drawn on the software in to its 3D version. He said that it took him mere 13 minutes which included a few failed attempts.

What it means to the emerging technology of fingerprint sensing?

Though it is not the first time that this kind of incident has come into the picture. In the year 2016, police officers used the 3D print to track the victim’s location. The latest ultrasonic fingerprint scanner of the phone is a newly loaded feature which is although  difficult to be spoofed, but considering its newness followed by the duping, the company needs to upgrade it in the next versions and make it more secure as with more and more incidents of forgery happening every now and then, the need to develop a full proof solution has become a necessity. With more and more applications requiring authentication as a necessary measure to use payment related  applications, the companies need to keep a track of what to improve and how to do it?

However some experts say that it is not that easy to implement such method as there are some problems that could arise like gaining access to someone’s phone, access to their fingerprints, access to Photoshop software, and availability of a 3D printer all at a time. The user said that he could do the entire process in less than 3 minutes and remotely start the 3D print so the print is done by that time. But the mere fact that the emerging of technology of top companies in the world are being spoofed by users is a bad sign for the security of users considering the difference between a 3D print fingerprint and an actual finger is reducing with time. 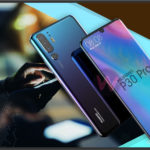