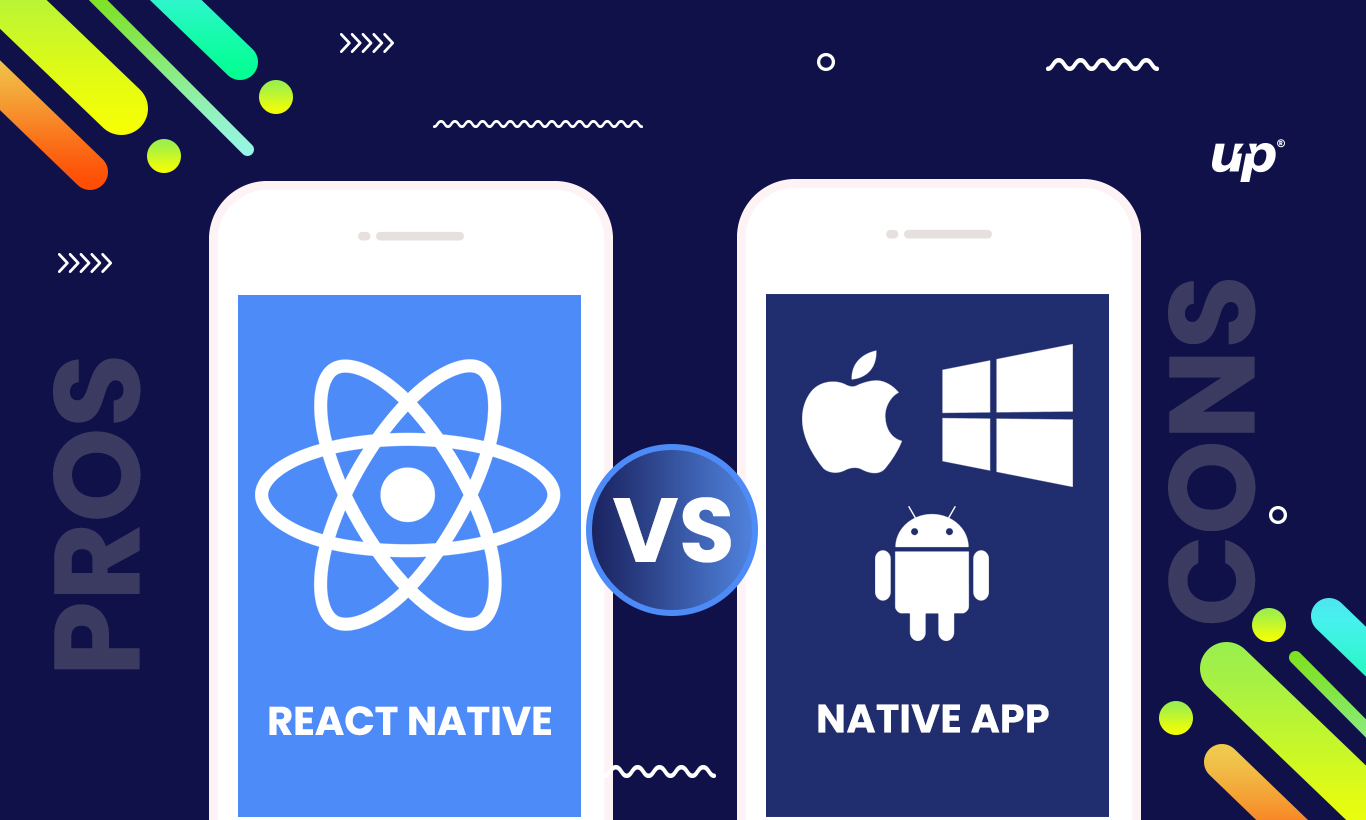 As the number of Smartphone users are increasing day by day, so does the need for more apps that help in making life a lot more convenient and hassle-free. However, with growing demands for these applications, developers around the world are looking for more unique ways they can make their job easier. Every entrepreneur knows that if they want their product to be welcomed by all, they need to pitch it to both their iOS as well as Android. Actually, sometimes this creates issues because they have to design and develop the same thing for two different platforms. This is where React Native comes in.

If you are into Cross-Platform Mobile App Development, the name of React Native or native must not be new for you. After all, these terms are trending in the world of technology. But, just like other-platform, there are numbers of Pros and Cons of React Native and Native. So, if you are interested to know the react native and native platform including its pros and cons, you just need to go through this blog.

What is React Native?

Actually, React Native first came out as a way to build user interfaces for the web using JavaScript. React Native is a framework for Cross-Platform Mobile Development created by Facebook. It enables smooth and easy cross-platform apps. It is a framework which transfers the concept of web development into mobile development, which means you don’t have to create an iOS and Android app separately. All you need is one codebase to build beautiful apps for both platforms, without compromising on the UX and UI experience. But, like other frameworks that also comes with its tools, and something useful. One thing more I would like to mention, that React Native is in the same category of frameworks as Cordova or PhoneGap, although I would say it is technologically superior.

Pros and Cons of React Native This one is the main privilege of all cross-platform frameworks including React Native. Rather than building two separate apps, Mobile App Developers can reuse most of the JavaScript code for both Android and iOS platforms.

Web technologies underlie the basic principles of React Native which facilitates an engineer’s transition to mobile app development. Thanks to JavaScript, creating mobile applications is similar to web development.

React Native leverages declarative programming for creating a beautiful mobile UI. That approach facilitates the coding process and makes the code readable and flexible, which is extremely important when new engineers join the project.

The development time is cut, and productivity goes up due to hot reloading. With this feature, the app is kept running, and new versions of files that you edit at runtime are updated. Now, tweaking the UI is not accompanied by any loss of your state. An engineer immediately sees changes in the app.

With React Native, both the development time and time to market are significantly lessened. Instead of coding separately for Android and iOS, you save time due to the code’s reusability. Although you can’t share all of the code, your time efficiency will be extremely high. We’ll dive into that later on.

Have a glance at Cons of React Native…

Each platform has a specific design language and navigation patterns – iOS has been stricter for a very long time, and Android is catching up with the material design. It provides the automatic transformation of the graphical elements according to the required platform. However, there might be some placement issues. As a result, you have to dive deep into the code and figure out how to adjust to the design guidelines.

The biggest drawback of React native development is that it doesn’t permit developers to use the native elements of the device like Camera or Voice Recorder etc. Unlike native frameworks that ensure access to other native applications, React Native requires the use of third-party libraries or native modules to implement any integration no matter what technology you’re using.

The native-specified modules like camera access push notifications, memory storage, device sensors, and others are the key to the above-described problem. At the same time, to take advantage of these parts of the code implemented in the native language, engineers have to possess expertise in this language. If you need to make something that is not available at React Native, you’ll have to learn Java/Kotlin or Objective-C/Swift to build the module.

Last but not least, while React Native does support most of the popular Native APIs, however, it does not have the freedom to use all the APIs. While some specific ones or functionality is not available. However, native modules can be a solution to this issue. So, these are some disadvantages of React Native platform, so before start to Build a React Native App, you need to keep these things on your mind. 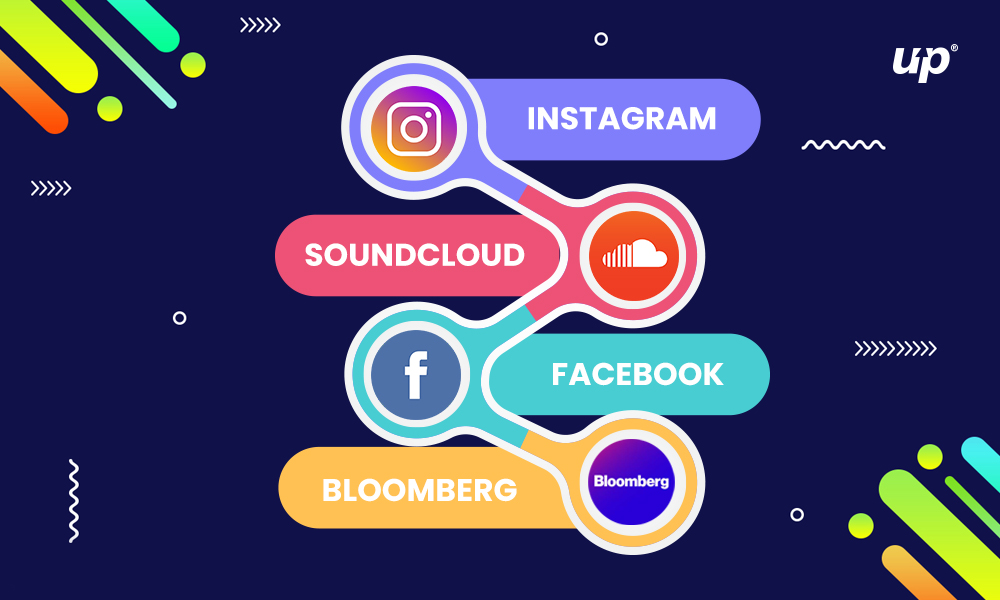 The native app development term is used to refer to platforms such as Mac and PC, with examples such as the Photos, Mail or Contacts applications that are preinstalled and configured on every Apple computer. Though, in the context of mobile web apps, the term native app is used to mean any application written to work on a specific device platform. Native apps are created using platform-specific programming languages. This means some languages that can be used for developing Android apps include Java, Kotlin, and Python. For the iOS mobile operating system, the languages include Swift and Objective-C. The native apps are created specifically to be run on the target platform with the support of all the native technologies and other hardware components such as camera and calendar. Native apps are downloadable from their respective app stores – Apple App Store for iOS apps and Google Play for Android.

Have a momentary look at Pros…

If you’re looking for reasons why native apps are better, we should stress that they have the full access to databases, hardware features of a device. Moreover, their functionality isn’t limited to plugins or any other third-party tools.  Native apps have no limitations related to the creation of interface as they don’t have to consider the peculiarities of several operating systems to meet the requirements of each one.

Since the technologies used in developing native applications are platform-specific, the native code enjoys direct access to the host’s operating system and functionalities. This simpler interaction with the native features of the mobile devices enhances the overall performance of the app, especially when rendering graphics or multimedia content. Therefore, building complex apps using native code could reduce the risks of downtimes from crashes or freezes.

Since native apps integrate with the mobile operating system flawlessly, users are able to navigate a familiar interface without many hassles, resulting in positive user experiences (UX) and repeated use. When we talk about positioning, the quality of user experience is a vital rating standard in the app stores. If an app has a high positive rating, it can be ranked highly, leading to greater visibility and increased revenues. And, native apps are likely to be positioned better on the app stores because of their high performance and ease-of-use.

Without a doubt, creating apps natively for more than one operating system can significantly prolong the development process. The same code cannot be deployed on different platforms and programs will require more time to convert and rewrite the code, increasing costs and development time.

Furthermore, if a company wants to build native applications for multiple platforms, it may be forced to hire additional specialist programmers. For example, one developer could be focused on iOS app development while the other on Android App Development, which further increases costs.

Developing native apps mean two (or more) separate codebases to maintain. Furthermore, native app developers must account for a range of devices and components, known as device fragmentation. Developers must also continue to provide support for older operating systems since many users are slow to upgrade from older versions.

Developing apps that focus only on one platform could result in missed opportunities, especially if other platforms are not taken into consideration. The reduced target market could lead to revenue losses for your development efforts.

Well, it will not wrong to say, that mobile app has become the backbone of every business. For this reason, android app development companies are coming up with more innovative apps, on different-different platforms. But remember one thing, never exaggerate about your business, at least don’t mention the things that your business doesn’t have, otherwise, you won’t get a good result. However, if you want to build your app and facing some difficulties, so you can freely connect with Fluper.