You must have noticed the craze of PUBG among your friends or relatives. With such popularity among folks, Tencent Games has recently made one of the most awaited 0.9.0 updates for PUBG Mobile.
Yes, PUBG updated version is now available for users all across the globe, along with India. PUBG Mobile 0.9.0 is the next huge update after 0.8.0, which has brought Sanhok map to the game. The app developers PUBG have this time brought some unique features that will increase the popularity of this game even more. Today, in this blog, I am going to give you the complete information about the recent updates with the method to download the upgraded version. So, let’s begin with the features it has brought forth.
What Latest Features are Included?
As mentioned earlier, this new and innovative PUBG Mobile 0.9.0 update introduces numerous new features or functionalities to the game.
If you ask me about the biggest feature of this game, I will take the name of Halloween theme. It is because this feature is visible all through the game.  As soon as you start with this gaming app, you will be greeted with Halloween theme.  PUBG Mobile 0.9.0 even introduces ‘Night Mode’ for Erangel map. It will switch between night and day at random. Not only this, PUBG Mobile 0.9 brought forth some essential fixes, as well as improvements. Let’s look at a few features, which you haven’t noticed yet one-by-one.
Introduction of Better Ammo
Mobile app development companies are keen to see the latest features that are introduced with this app. The update of PUBG Mobile 0.9.0 will enhance the passenger and driver views along with a great recoil recovery, as well as stability in guns. With the help of this update, vehicles will even get a random music player. Being a user, it is possible for you to turn this off, whenever you want, by going to the vehicle settings. In addition, this gaming app has even made the recoil animation while fearing look more pragmatic. QBU and QBZ rifles have upgraded magazine attachment models, giving an extraordinary experience.
Find New Achievements
Another feature that I would like to mention is that PUBG Mobile 0.9.0 brings innovative achievements to the game. Yes, there are several elements that stand out creating the game more fascinating.

Halloween Theme: Larger than a Theme
PUBG Mobile is extending with Halloween items, such as candies and pumpkins. In order to make more out of this amazing theme, you can view your opponents turning into scarecrows by shooting them by using Hellfire AKM rifle. In addition, when a grenade blasts a spooky face will come out. ‘Night Mode’, which is added recently, also has a chance, approx. 50%, of being activated while this Halloween period.
More Halloween Treats
The upgraded edition also brings more Halloween games, as well as contests in PUBG Mobile. What makes the game more interesting is the ‘Halloween Lucky Draw’. In this lucky draw, you can easily earn the candies and get Halloween-exclusive vehicle finishes. Moreover, you can get Trick Tickets with the help of Trick Ticket Scraps that can help you with the lucky draw.

Landmine Trap
The reason behind adding this feature is to serve the military traps. Now, in PUBG mobile application, you can put the landmine trap wherever you wish on the map. At the time, your enemies attempt for crossing it, they will suddenly feel an electric shock.  This will be a great fun because the electric shock is supposed to be powerful and will definitely do an enormous injury to your enemies. This shock will help you to bring them down.
Create Small Structures, Talk to the Other Players
Creating small structures assist you in better sniping. This feature is same as the one available in Fortnite. You can even converse with the other players on the Spawn island via picking up candies and pumpkins. This feature is extraordinary for the theme of Halloween. Not only this, the dancing grenade feature comes from Fortnite.
These are not the only features that are added to the mobile edition. Nevertheless, these are not the only features that are added to the mobile version. A variety of new weapons, bug fixes, vehicles, in-game purchases, performance improvements, character action improvements, crew challenges, and associated enhancements are also added.
How Can You Download PUBG Mobile 0.9.0?
The update of PUBG Mobile 0.9.0 is available on both, App Store and Google Play Store. In case, you haven’t got a notification, it is suggested to download it in a manual manner. The size of the new update is 608MB. As soon as the update is downloaded, there will be another in-game update of 11MB. PUBG Mobile has rolled out downloads individually. It is feasible to download Sanhok map and Miramar map updates separately.
All-in-all
Android or iOS app developers are quite in demand nowadays. One of the key reasons behind this is the increasing popularity of gaming apps. PUBG plays an important role here. Therefore, in the above blog, I have mentioned all the major updates that are added to the game. All of the new features show that PUBG Corporation is attempting to make the mobile experience as amazing as the PUBG PC. Hope this blog, will help the PUBG lovers to know more about the game and its recent updates. If you want to know more, then let us know in the comment section. We will please to resolve your queries. 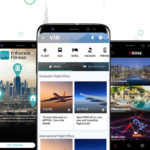