Considering the early days of smartphones, the first ever enterprise mobile apps were crude enough international apps accommodated in public app stores designed for the ultimate company’s end customers. Till then various organisations are dedicating by evolving to build custom app in order to streamline, automate or reinvent employee-centric as well as customer-centric business processes. With the ultimate motive of contending with the ever increasing demand from the businesses, we observe analogous emergence of development tools that endow the citizen developer as well as enabling the business to move forward with the required initiatives.

Hence when you are developing a mobile application, the primary decision you need to make whether it will be a native, hybrid or web app. Although it is quite difficult decision, since each and every approach has its own pros and cons, and which would best accommodate to your requirements by relying on few things: budget, timeline, user experience, skill of the developers as well as future maintenance.

As far as hybrid apps are concerned, then it somehow fall in the middle of the spectrum between web and native apps. But what really incline this approach in the favour of agile environment, then it shares some of the properties of both the approaches with a few clear advantages over middle-of-the-road approach. Keeping in mind the agile aspect of mobile app development, even hybrid development is constantly evolving in order to make it an increasingly popular option. So without making your decision perplexed, we have brainstormed the fundamental requirements of the clients:

A hybrid solution is considered to be the third option for any mobile app development. Putting it simply, this process involves with the development of app by utilising HTML 5 then further wrapping it in a native container. Theoretically, it is known to provide the best of both the worlds. In spite of the limited access to programmers or software engineers, it renders with the low-coding which has although provided various business leaders with ways in order to create the mobile apps. Hence like applications on the web, hybrid apps are most likely built with JavaScript, HTML 5 and CSS which are considered to be the commonly used front-end development technologies and left with ultimate functionality.

Why we must focus on hybrid app

Here there are various reasons which have really inclined us to tilt in favour of hybrid apps over native apps. 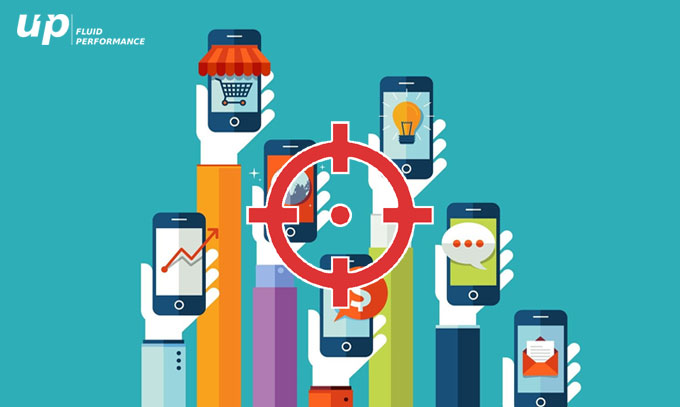 Don’t miss: Are small businesses have an edge over hybrid apps?

They are restricted over several critical ways:

Performance is such an essential part which has been clarified by A Global Study Of Consumers’ Expectations and Experience of Mobile Applications where 84% of the users are considering performance to be an factor to consider. Although hybrid apps have an additional layer between the source code and the target mobile platform. Hence the more particular hybrid mobile framework are such as Cordova, Ionic and many others with the result which is although not unsurprising of a possible loss of performance. Depending on how noticeable the difference is, it varies from application to application as well. The significant impact can be easily be witnessed with the action of Facebook which has led to the migration of their mobile applications from HTML5 to native shows.

Although for any potential mobile app developers debugging is nothing less than a nightmare where developers dedicate their sleepless nights to rely on the framework in order to coordinate nicely with the operating system targeted and not to introduce any new bugs. Although it must be taken into the consideration that the developers are most probably do not possess sufficient knowledge of the targeted platform, hence identifying the exact issue can proved to be a lengthy procedure.

How these challenges can be dealt with?

Although solutions cannot be considered to be generic like the issues for instance scrolling, but it has ended up achieving that was pretty much required:

Since hybrid apps are similar to single page applications that are known to run by utilising webview, hence by keeping things in mind , mobile app developers are trying to keep not only the screens but workflow as simple as possible which has an added advantage over user experience.

For instance some of the hybrid frameworks like ionic supports gestures like swipe, tap, click as well as hold, so even the developers are limiting themselves in order to use the default gestures, it may end up with the cascading issues with the programmatically handling of the new gestures.

Ionic provides its own scrolling, hence manual scrolling is avoided. Although developers are dedicating their efforts to demonstrate data on a single screen as much as possible to mitigate scrolling issues.

What is the future of Hybrid Apps?

Although hybrid apps are trendy approach that are expected to stay for long. Since the software developers encompassing from all the industries are satisfying the customers with the earlier versions of hybrid apps and in the upcoming years, the reign of hybrid apps will be intensified in the domain of mobile phone market too. As per the study by Gartner where it has been elucidated the fact that hybrid apps, which offers a balance between HTML5 based web apps as well as native apps, will be used in over 50% of mobile apps by the end of 2016. 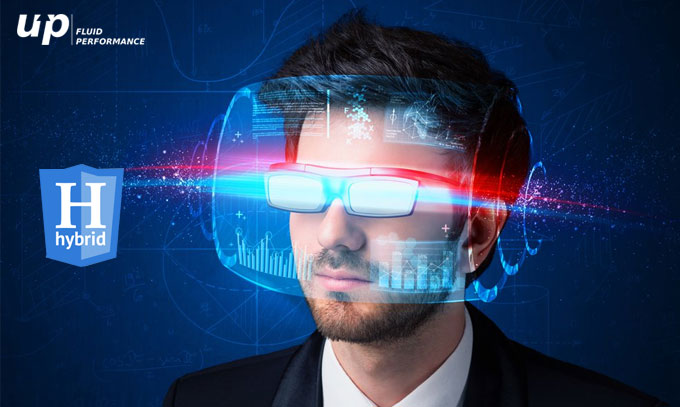 Hence although this approach is capable enough to save money as well as efforts, it does not look to learn any new language. But the problem which is although quite difficult to deal with is to create native experience. Since its not the technology that restricts, there are other factors for instance developers, their budgets and well as utilisation habits of the users that are going to cast on this approach.

But the way emergence of hybrid app development is witnessing its popularity, it has become more important since other platforms like Google Glass are becoming platforms viable to the app developers.

Although by considering fast to serve, cost effective as well as restricted native behaviour requirement has led to choose the hybrid app development. But another factor which is quite considerable is its enhancement over business reach to the end users while making it to offer quality products as well as services-on board. But these factors are sufficient enough to opt for hybrid app development where not only the businesses but consumers will also leverage its benefit with its versatile nature.

Fluper is a top notch mobile app development company possessing sufficient expertise to create the most versatile hybrid mobile app. In case you are looking to build something for your own, then please feel free to communicate with us. Even if you have any query or suggestions to give, our representatives are waiting eagerly to entertain. 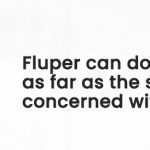