The android arena is changing at a pace that no one thought about. Every day, something new is happening in the android world. The core Android system is also undergoing changes. And with the fragmentation in the android devices, the changes have only gained acceleration. New updates in the OS and hardware capabilities are coming up every week. 2GB RAMs are so yesterday, phones of today are available with 3GB, 4GB and even 6GB of RAMs. This has taken the capabilities of the phones to the new heights.

Device manufacturers are contributing in the process of development in the same way and so do top android app development companies. Google itself is changing the complete aura of the android OS with quick updates and latest features and specification. Such as the latest Marshmallow, where Android Pay and better permission management is seen. This fast development is also because of the competition from iOS. Although Android is leading in the battle, but the war is not over yet. Latest trends in Apple stronghold, US and UK have shown the rise of Android. But the Google is not in mood to go soft on the most capable rival.

Here are some of the latest development in the android world.

Marshmallow was officially released in the December 2015. And this has come with some unique and important features. Some of them are app search bar and favourites, better memory manager, battery optimization and proper finger print scanners. USB Type-C support is the most important update in the newest edition of the OS. Although this feature was featured in many phones before that, but this time it is from the official page.

Google itself has said that Marshmallow is the biggest improvement since the start of the android project as a whole. And not only about UI and design, it has also changed under the hood. A whole new, runtime system called ART. It uses ahead-of-time compilation, which helps in compiling the intermediate language cutting the execution time of the apps, less CPU usage and less battery drainage.

Android Studio is the most popular and effective tool for android app development. Announced in 2013, the software has become stable with version 2.2 that has come up with exiting and necessary features which helps developers to create best and trendy looking app within much less time period.

Android is the most popular mobile OS on the planet and it is important to innovate constantly, not only to compete to iOS but also to provide better features to the users and developers. In fact, Google has managed to get developers, users and top android app development companies on same page in order to make the android more popular and competitive. This is something where Apple has lacked. And this has resulted in the overall growth of the android platform and rise in the market share of the OS, thereby leaving iOS far behind.

Fluper is the top android app development company in Noida. We have served dozens of satisfied clients, and they appreciate our work in the form of app development. We can provide you the best in class services with most affordable prices. Mail us at [email protected]. 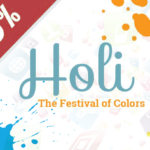 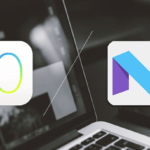 iOS 10 vs. Android Nougat: Who Wins the Battle for Startup Company