Most Preferred Character Games Of 2020

2019 may not have gone down as one of the best years in gaming, but 2020 is an interesting year for video games. There are plenty of games coming this year and we don’t have any idea about it, but the ones we know about are the cause of our excitement. Gaming is never considered a good option and most people claim it to be time-wasting and a sore to the eyes. Well, this exactly isn’t the truth, especially if you ask a gamer, the only answer you’ll get is they are mind-relaxing. Well, everyone has a different perception and to decide whether a game is good or not is often down to personal opinion. We’ve crafted a list of fantastic PC games we’ve enjoyed and you might too.

Animal crossing recently released; New horizons is the first mainline Animal crossing game that pops out after 8 years. The series signature player-character designs and cute animals look better. The new crafting mechanic looks like a fun method to build tools and furniture. I am buzzing new ideas about how to manage the island now that you can finally place furniture outside your home too.

Marvel’s Avengers is the biggest entertainment property in the world. Earth’s mightiest heroes are coming with a proper bug budget action game that matches their cinematic exploits. A game that may finally break ground rules for gaming. The game application development company

Square Enix and Crystal Dynamics new Avengers are released on May 15. It is going to receive new characters, stories, and missions that will leave no stone unturned to deliver the best gaming experience setting off no space to create a sequel.

A plethora of games mimic the style and structure of classic Metroid, but none reached the level of 2015’s Axiom Verge. The sci-fi adventure games add unique wrinkles such as their glitching weapons that deliver users a distinct flavor of the game. It is set in the same universe as the original but it revamps just about everything else, with new characters, powers, and enemies. It will be released for the Nintendo in late 2020.

Guest appearance did rightly by globally loved star Keanu Reeves and the electrifying soundtrack including Grimes, Run the Jewels, and A$AP Rocky. The overall project is designed by Witcher studio CD Projekt Red- character creation game development company. A long-awaited role-playing game Cyberpunk 2077 has a lot going for it. The gameplay offers the breadth and the variety at the same time. The game is highly loved by curious players after its release on 16th April 2020.

2016’s Doom was a pleasant surprise as it brings a tense, pure action game that hardened back to the series of glory days. New weapons, more enemies, and a bigger bad world. The demon-slaying action remains as thrilling and visceral as ever, despite the changes. The game released for March 20 for the PS4, PC, and Xbox One with a switch version also in operation.

You expect a little more from the creators of Assassin’s Creed Odyssey. Instead of a straggling open-world action game, the game brings out an intense Greek mythology-inspired adventure with the hints of Zelda. Players fight the dangerous monsters while exploring dungeons and save the gods. The game was released on PC, PS4, Xbox One, and switch on Feb 25.

Another killer Co-op title, GODFALL is going to be an early PS5 release that sees players working with Knights’ order to save a fantasy world. With the posters and the cinematic exposures, the game is definitely induced with stylistic mind falling elements. The game is right up the alley for those who are tired of Co-op shooters and want some new gameplay to dive into.

The latest RPG from spiders is set in the 17th-century settling featuring magic, disease, and death. It has a unique visual style inspired by European Baroque art. The story centers around settles, mercenaries, and treasure hunters fleeing incurable diseases. Combat, diplomacy, and stealth are definitely great highlights of the game.

There is an influx of actions platform games set in feudal Japan. The notable thing is they’ve all been great. From Nioh to Sekiro, the list is never-ending. The Ghosts of Tsushima has been moved around, delayed, and teased around for long, but is finally coming. The game is largely shrouded in mystery and we have to wait till June ends to discover the review about the game.

2020 is a roundabout turn point for the gaming industry. New games with distinctive qualities have launched and by the end, many others will soon. It is foreseen that services like the Apple Arcade and XBOX game pass will grow traction, bringing a Netflix-like mentality to the games of the world.  You can hire game character creation developers for the next game project and stand a chance in the industry.

2020 is the year where we get a better idea of how new technologies and platforms will influence how we play. 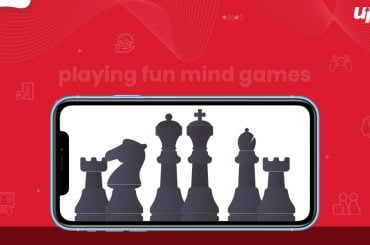