Software tech giant Microsoft announced that it is going to end the support for its “Health Dashboard” applications and services from its fitness trackers. In order to recompense the new customers, the company is offering a refund amount to active users. Introduced in 2014, Microsoft Band came with smart-watch and activity-tracker features, developed by the Windows-maker. Moreover, a second generation was also released. Its production was discontinued in 2016 for its often criticised discomfited and uncomfortable design.
Although Microsoft discontinued its Band fitness trackers two years ago, it kept the related apps active to support current users. On May 31, the backend services will be fully shut down and the band applications will be removed from the Microsoft Store, Google Play, and Apple’s App Store. The information has been announced via a blog post on Friday.
While Microsoft finally ends support for fitness tracker apps, there are several users who have shown concern regarding this announcement. However, the problem has solved as Microsoft said it would offer a refund to certain customers who own the Band. It includes persons whose device is still covered under warranty, or, otherwise, anyone considered as an “active user” of the device. Microsoft defines this as someone “who has worn the Band on their wrist and completed data sync from the Band to the Health Dashboard amid December 1, 2018, and March 1, 2019.”

As stated by Microsoft, web-connected features will no longer available but band users should still be able to record daily steps, heart rate, and workouts, alongside activity data, sleep tracking, and alarm functionality with the fitness tracker apps. If a Band user resets a device then it will show the message “impossible to set up the device again”. If you are an existing Band user, the company has confirmed that you will be able to export your data before the end of May and services powered by the cloud will cease to function in June.
if any customer doesn’t want the data then they can delete it by following the steps given below-

You need to select the Setting Tile option on your Band.

Tap on the Power button.

Swipe left, tap Reset Device, and tap Yes when asked if you want to erase all data or not.
That’s all and your whole data will be erased from the band.
It has been reported that refund of $79.99 will be available for Band 1 customers, and $175 for Band 2 owners.

Microsoft Band: Support for the Defunct Fitness Tracker to End SoonMicrosoft current newsMicrosoft finally puts an end to its Health DashboardMicrosoft is ceasing support for the fitness band
0 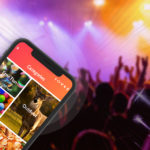 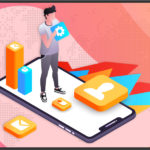