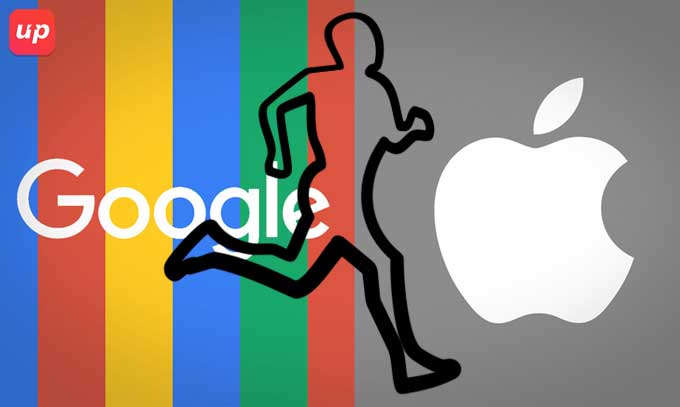 The main essence of competition is to establish a business relation in which two parties strive the long lasting customers. To acquire something in this impulsive race of tech, then only it would be considered as a maestro of innovation. No two companies comprehends this better than Apple and Google who have already reached to the pinnacle point of being declared as an artist of consummate tech and simply the credit goes to their string of implausible ideas that have moulded the technology we are merely relying on. Steve Jobs has acknowledged 347 patents although in the past decade but many were awarded after the death of the originators. Unlike Google’s Sergey Brin and Larry Page only compounded 27 over the same period.

Although it’s an oral statistic since Google and Apple operate differently. May be we have succeeded to find the real point of deviation. Apple is largely controlled by a centralised development structure growing out of fabled design studio. As far as Google is concerned, it is more scattered and inclined towards open-source approach to the latest products. Both the giants snagging to gain the No.1 spot which has been incumbent ever since the year 2011.

The point of deviation between Apple and Google

The annual ranking received from Brand Finance revealed the fact that Google’s monetary value has increased exponentially to $109.5 billion till the year 2016, which represents a hike of approximately 25%. According to the study, Apple has shown a sort of dissimilarity where its monetary value fell instead, from $145.9 billion to $109.5. This hitch of Apple has enabled Google to snag by approximately $2.4 billion. 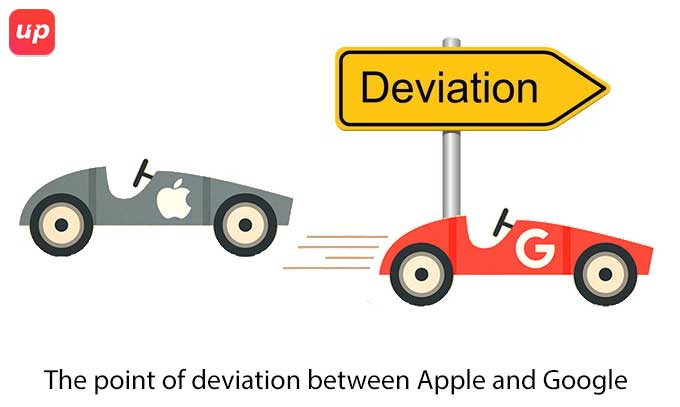 It seems argument to be in favour of Google, but there are few point of deviations to be considered:

Apple’s innovation can be considered as a big ball of Tinker toys while Google’ s innovation can be portrayed to be totally dried out or in other words monotonous. Although the company’s structure supports the innovation taking place inside the companies. According to Periscopic, patents play quite an essential role. According to Wes Bernegger has explored the data where Apple has introduced 10975 patents with the team of 5232 inventors. Whereas the trend has demonstrated something opposite where Google has brought forth 12,386 with a team 8888 inventors. It shows that iOS application development companies like Fluper are privileged enough with the innovation rendered by Apple.

Designs are given required priority:

With the centrally harnessed system in Apple versus potentially more empowered and independent in Google with whom designs are very much relied upon. As far as Apple’s top-secret design lab is concerned, it produced the more innovative products. Hence the footprints of Apple’s innovation can easily be seen under-celebrated designers as far as inner circle is concerned such as Bart Andre, Christopher Stringer, Eugene Whang and Richard Howarth which brought the advent of hardware development in Apple. On the other hand Google comes comparatively flat organisational structure of quantified and small teams yet with empowered individuals.

Since patent safeguards the right to exclude from others exploiting the patent technology. Since the average number of inventors which are enlisted by Apple is 4.2, while Google it’s 2.8. Hence Apple has maintained the spirit of patent that enables the patent owner to reimburse the development costs and incur a return of Investment from the development of patented technology. Google has although overleaped the factor which has diffused its impact on Android application development.

This criteria has been acquired by Google. It remained largely unquestioned as far as core search is concerned which is considered to be pillar of the advertising income. It has retained the customers and according to Brand Finance report, it has commanded the price premium even though its products and services might not be worth of.

But still it is a matter of concern that whether Apple has managed to demonstrate its mastery through Apple Watch or new streaming services that desires to save the music industry or is it Google, which are expected to invade self-driving cars, Google Glass and even secret robots.

How Google and Apple dedicating to create the most Savvy phone?

Apple possesses remarkable reputation of being the most innovative as well as creative and looks to hire people that are enthusiastic as far as products are concerned and can bring the best products in the world. As far as Apple employees are concerned, they are always found to be insatiable and is prominent to each detail of the product. 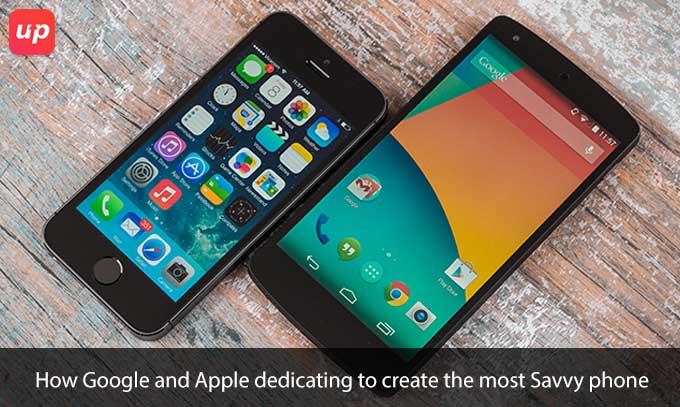 Apple acknowledges between rank and file employees who are provided with distinct directives and close supervisions. So its industrial design group works behind the circumscribed and access doors and can nurture creativity by listening music at the background.
While considering other’s endeavour, Google’s leadership has been established on a corporate culture with accentuation of open innovation which is considered to be the most versatile yet organisational objective. There are 5 principles which is considered to be the exemplar of innovation:

Focus on the user

Aims to provide a solution 10 times larger than 10%.

Believes innovation to be omnipresent

A vivacious and competitive industry can easily be recognised the way its leader have to work to stay ahead. As far as mobile duopoly is concerned, both the giants could fall asleep at the wheel and never have to think about to supersede each other. But technology moves faster and can be surpassed by the new mode of interactions. For instance Google is dedicating its energy into the emerging tech such as artificial intelligence and Virtual Reality. Although Apple does the similar things without keeping things unagitated.

How both the giants extended their tentacles to IoT and VR?

Day by day, smartphones are transitioning to invade the central hub of encircling technologies that are already inclined in today’s lives.  Although Tim Cook has shared up a lot of technologies ever since he has become Apple Inc. in 2011. He has been driven extremely by Artificial Intelligence. He has taken into the consideration that no other technologies fired up like augmented reality which overlays games, images and video in the real world. In case you are confused with AR, then it is considered to be akin to VR. 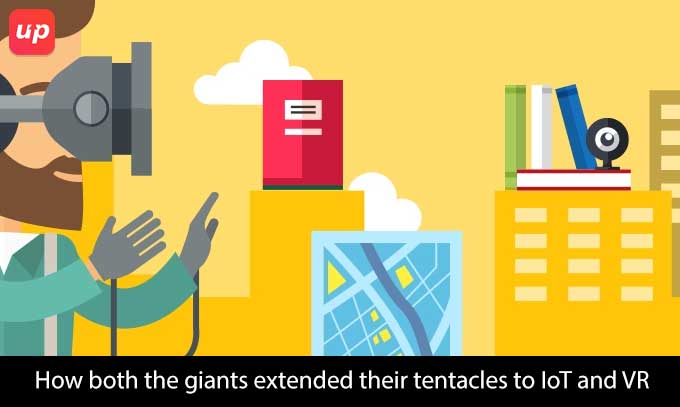 On the other hand Google’s AI subsidiary DeepMind explored the problems such as aspects of human society. It has studied social dilemmas through a comprehensive test by company’s researcher interacted in a series. The most famous example it has set is prisoner’s dilemma.
Hence we conclude that Google is continuing to iterate both in favour of software as well as hardware perspective. At the end of the Google has even controlled the hardware effectively, and as far as user experience is concerned, it creates personalised experience so that all the devices can be connected.

Who has got the higher hand of innovation in 2017?

Although the flagship is expected to reach the upper limit of the price as far as Google and Apple are concerned. The entrants from Google and Apple are expected to retail outrageous, bringing up impulsive competition between the rivals to be the best not only in software but hardware as well. Dissimilar to the price leaked information, various reports have revealed that Google is trying to modulate its steps by upward cost of approximately $1000. 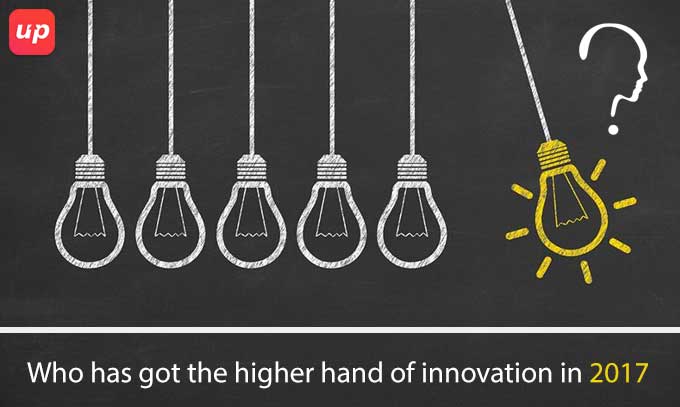 World’s largest newspaper Nikkei, Apple is expected to put on a massive screen of 5.8 incher OLED based flagship while keeping away the bulky tag. It is trying to obtain bezzelless handset to balance the larger display-to body ratio with the upscaled camera, display, design and internal hardware.
With its first pixel flagship released last year, Google is trying to relocating itself amongst the expensive handset areas. Like iPhone 8, Pixel 2 is also one of the most awaited phone hopping to reduce slim down the top as well as bottom parts of the bezel.
Upper hands of innovation can be witnessed with proliferation of machine learning as well as other variations as far as artificial intelligence is concerned. Both Google and Apple have become the majority players to invest in this domain and are expected to predictable future.
Hence with the argument seems to be never ending as both the giants are excelling their tentacles that they have extended which are expected to end up counterbalancing each other. 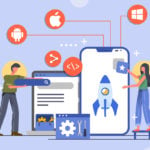 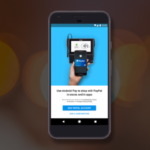