As per the recent report by Bernstein, within the last 12 months, Reliance Jio is anticipated to arrive at the top place on both service and subscriber income metrics and is suppose to go beyond Vodafone Idea service incomes in FY 19-20. However, the report even cautions that the hostile thrust to be a number one comes at a heavy cost and a few tactics required to be modified, in order to become lucrative in the long run.
The report said, “Over the next 12 months, we expect Jio to reach number one on both subscriber and service revenue metrics. On a service revenue basis, Jio passed Bharti in Q3. We expect they will also pass Vodafone Idea in FY 19-20,” the report said.
“Jio’s reported service revenue totaled Rs. 10,380 crore for the quarter, beating Bharti (Rs.10, 060 crores) for the first time. Moreover … they continue to heavily subsidize JioPhones… We expect Jio to take the lead in both service revenue and subscribers in FY20.”
Not only this, the report mentions that if Reliance Jio’s “non-standard” reduction metrics and the handset subsidy being booked although Reliance Retail that doesn’t demonstrate on the P&L of Jio account are considered, then it will show up probable losses at Rs. 15,000 crores.

It said, “The reason we highlight the tremendous expense Reliance is incurring to position Jio as number one is to make it clear this strategy cannot be maintained. We have always felt that once Jio reaches its target market share, they will switch their focus to monetization. While we think FY 19/20 is likely too early for this, we would not be surprised to see ARPU start to creep back up starting FY21. We are currently forecasting ARPU increases of 8.2 percent in FY21 and 11.2 percent in FY22.”
In the most recent year, the predictability of Jio’s drive to grow to be the leading operator in India assisted it to add market share. Despite the fact that from a worldwide viewpoint this was the main achievement, it came at a quite expensive cost. The detailed numbers are unknown but it is estimated that the investment of around Rs. 2.6 lakh crore has been done by Jio.
Bernstein predicts the current thrust of JioPhones has affected in overall handset subsidies, totaling an additional Rs. 7,200 crore. Moreover, the subsidies are conceded by Reliance Retail, which is the division of Reliance Industries, and so are not noticeable on Jio’s profit, as well as loss statement. Reliance Industries will eventually like to build a constructive return on the investment which will necessitate a decrease in handset subsidies, as well as improve in subscriber revenue.
Jio has been utilizing a ‘non-standard’ tactic to D&A. “If we attempt to normalize D&A based on total fixed assets, the quarterly charges would jump by Rs. 4,700 crores and would result in a quarterly net loss of Rs. 2,250 crore. Moreover, the highly subsidized JioPhone continues to drive Jio’s subscriber acquisition numbers.” 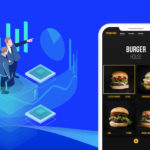 How to Estimate your App Success?

New Deposit Regulations in India Could Raise Risks for Many