How Will Android 11 Features Impact Your Mobile Application

Google experienced a major shift in its Operating System environment owing to the introduction of Android 10. Introduction of Dark Mode and numerous other changes with respect to app development and permission front came along with Android 10. This version bought back the Google’s tradition of naming its OS after a halt.

Google has elevated its maturity and growth graph with Android 10. Recently, the developer preview released for Android 11 promises a similar yet more advanced aspect as compared to Android 10. The recently released developer preview definitely drops strong hints as to where Google wishes to take the Operating Systems.

Let us dive into the features that were highlighted in the recently released Android 11 developer preview:

Android 11 will come up with chat bubbles option that will enable you in hiding your ongoing text conversations as bubbles on the side of your device screen.

Android 11 will have a dedicated section for initiating a conversation in the notification shade. This will enable you to receive messages in real-time.

You can send images easily while replying to a chat from your notifications.

Revoked permission: Unlike Android 10, Android 11 will allow you to use features that are intricate in nature so that you can avail a one-time permission. This permission will be revoked as and whenever you shut the application.

Adaptation on Multiple Screen Types: Foldable devices are a profound example of true advancements in the Android ecosystem. Users can expect a whole new range of additions in the foldable mobile devices that have different screen size and resolution as well.

5G Preparations: Android 11 will have a very important function for enabling smooth processing. Dynamic Meterdness API feature will supposedly enhance the overall functionality and usability of smartphone devices. Users can access the best graphics as well as video quality with the introduction of 5G technology. 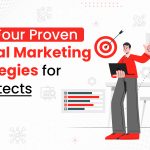 Vodafone-Idea sign pact with Firework TV, will come up with short videos