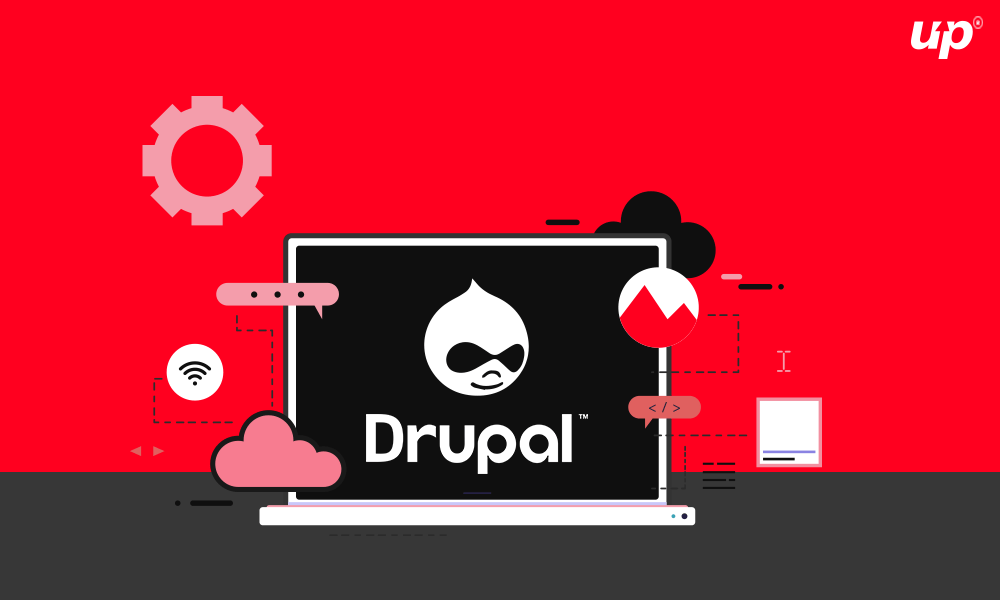 In today’s highly competitive and changing virtual environment, it’s almost a need for organizations to provide online experiences which are more reliable, faster, as well as feature-rich.

Whenever your business seems still a bit behind, there would be a simple method to catch up: just upgrade your Content management system to the most recent version. With the launch of such Drupal 9 around mid-2020 as well as the announcement of an impending Drupal 10 version, that mid-cycle time period might be perplexing for certain enterprises. We’ll be available to answer any questions you have regarding Drupal 10 when the specifics become clearer. We will also aid you in preparing for Drupal development company as well as Drupal 10.

When will Drupal 10 be released, as well as why is this being released so quickly? 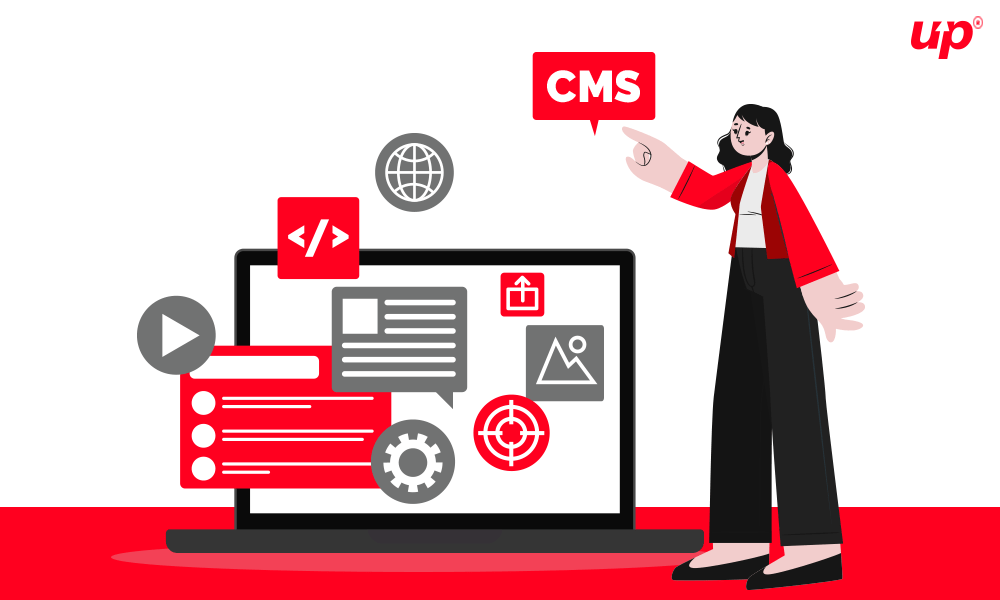 Drupal 10 has been expected to be released within June as well as November 2022. According to the most recent updates, this Drupal 10 prepping effort team has made outstanding work and is now on schedule with its aims and objectives, so any postponement would be surprising. The cause for quite a rapid shift between Drupal 9 through Drupal 10 seems to be because, since the introduction of Drupal 8 as well as its acceptance of constant innovation principles, Drupal has fuelled connections and interactions with several third-party elements, actively driving technological developments.

Integrating most of these wonderful components, such as Composer, PHP, Symphony, or even CKEditor (among several others), has increased Drupal’s usefulness and resilience while also opening access to larger pools of talents. However, because of each of those elements and reliance advancements, Drupal must have to develop at a quicker rate to stay up with current development cycles.

Every significant integration upgrade to major or minor versions necessitates an upgrade to Drupal’s big or small editions as well. Symfony has been one of Drupal’s most important dependencies. Drupal 9 needs Symfony 4 which will be discontinued in November 2023.

An identical problem exists for CKEditor and some other third-party plugins. With those main components approaching end-of-life, Drupal 9 would eventually reach the final stage around November 2023. During prepping, Drupal 10 will be launched prior then (around June through November 2022) to allow enterprises adequate time to update.

Switch from Drupal 8 to Drupal 9?

Whenever Drupal 7 has been introduced in initial 2011, the industry has been excited since it represented a big leap forward from Drupal 6. This had also been a long time since I arrived. It took nearly three seasons of tremendous work, enthusiasm, and dedication to create that ground-breaking edition of Drupal. However, now because Drupal 7 has been more than ten years older (a decade in “computer time”), this is a moment for all enterprises to migrate to a current form of Drupal. Drupal 7 will enter Ending of Service (EOL) around November 2022.

Another of the main explanations for this seems to be that when new editions of PHP, as well as MySQL, are released, it becomes more difficult for Drupal Seven to remain relevant and for webpages still utilizing it to function properly. More critically, enterprises are skipping up on crucial advancements and functionality developed with Drupal 8’s restructure. Drupal 8 has been launched during November 2015, bringing significant architectural improvements as well as the use of contemporary frameworks and features. Drupal had a complete fundamental change. To the delight of many, these developments brought semantic versioning, quicker release cycles, plus, most crucially, easy future updates.

So, what should you do if you’re using Drupal 7 as well as Drupal 8? That choice is simpler than you would think. Drupal 8 discontinued after November 2, 2021 (no more community assistance or security updates will be provided), and existing Drupal 8 websites must switch to Drupal Nine before that date.

We urge that you upgrade to Drupal 9 right away. The excellent thing is that upgrading from Drupal eight to Drupal Nine is a breeze! Drupal 9 has been published around June 2020 which was not much modified from the previous edition of such Drupal 8. The key change was simpler and lighter programming, the most recent editions of a few of the greatest components, and a contemporary default theme.

Another piece of great information would be that the transition from Drupal Nine towards Drupal 10 will be considerably simpler! Upgrade existing Drupal Nine website to Drupal Ten with the aid of wonderful solutions including Rector that assist you with automatic code upgrades. It will be 300 percent more mechanized than any Drupal 8 through Drupal Nine conversion. Based on a current DriesNote at DrupalCon Europe 2021, this Drupal 10 preparation project has made incredible advancement and has recently finished 70percent of overall work!

Here are some things you might perform to get prepared about Drupal 10:

This Symfony 3 system is among the requirements of Drupal 8 discontinued around November 2021. During a similar period, Drupal 8 functionality will be phased down.

As a result, now is the optimum time to switch towards Drupal 9.

At this moment, 34,173 web pages were still operating under Drupal 6. This is quite disturbing. Correct? Drupal 9 might shortly discontinue assistance for a conversion route from Drupal six, which implies that Drupal Six technology would not again be included in this Drupal foundation. As a result, the launch of Drupal 9 may provide further incentive for these websites to update. Now, let’s take a deeper look at a few benefits of drupal 9.

Dries Buytaert (the inventor of Drupal) was reportedly not in favor of keeping ‘Backward Flexibility’, whenever it was first launched. In contrast to Dries’ ideology, Drupal 9 includes backward compatibility, suggesting that Drupal Nine would be interoperable with its previous, Drupal 8.

That being stated, when your website’s core features rely on plugins, Drupal 9 would be capable to utilize information, modules, as well as configurations from the prior edition of the programme (Drupal 8) therefore all your difficult job will continue to perform like before, except Drupal Seven as well as 8.

With smartphone devices accounting for more than 50% of all online usage, Drupal’s 8th version showed that this was created having a mobility first strategy. Drupal 9 would push this step even more by supporting responsive pictures; mobile devices will show the best-sized pictures while taking fewer data. Web development company now prefers Drupal 9.

Deprecations are no longer utilized:

Another of the major improvements arriving with the launch of Drupal 9 includes the removal of assistance for deprecated codes within Drupal 8. Therefore, what precisely does that mean?

Any ‘Deprecated Code’ within Drupal indicates that the command designated as “deprecated” would not again be supported so, as a result, must no more be utilized.

The cause underlying code depreciation indicates that there seems to be a superior solution that must be utilized instead. Another of the goals of this Drupal 9 launch is to do some cleaning work, which means that every Drupal 8 component that uses deprecated code must require to be updated before  Drupal 9 is released, or this will discontinue functioning with Drupal 9. The ultimate aim is completely obvious: to create that code more flexibly, hence boosting the website’s speed.

Drupal 10 seems to be on the way, as well as the best manner to prepare is to keep updated. Organizations are less likely to reconsider bringing out that change now that Drupal is shifting to a more adaptive upgrade strategy and simpler migration processes. If you want to migrate your website to Drupal 9 plus prepare this for Drupal 10, you may rely on Drupal conversion services.