How Hosting a Blog on Cloud Helps in SEO Ranking

“The best place to hide a dead body is page 2 of Google search results”. Indeed, the fact is true. So, in case you are aiming to sky-rocket site rankings, aim for page one, otherwise none.

The problem with optimization is nobody knows what algorithms will roll out next. Hundreds of page-ranking algorithms undergo updates every day. Though there are some prominent algorithms that have had little alterations, the remaining have probably been tinkered with every day – more or less. So, working on a website’s optimization is like poking a hornet’s nest. Nobody knows what would work and what wouldn’t. But what we all know is; our SEO guys do not shoot blind darts.

In the whole aspect of SEO the smallest of details matter. Your site could be only a few keywords away from landing on the first page. Notwithstanding, SEO works on a calculated risk, optimization specialists leave nothing on luck.

One of the most common things that you never paid any attention to is hosting. Yes, the hosting you choose matters. Maybe it didn’t matter back when your website kicked off. But, now it does- A lot.

Setting-up your own blog? You could run it on a shared server or could power it with a cloud server. A server can pill or kill your rankings. And trust us, would always want the former to happen.

The Faster It Loads, The Closer (to page one) It Floats

With some recent updates, Google has emphasized considering page loading speed as a factor, though not with much weight currently. Websites that take ages to load will rank lower than pages that load promptly.

Resource on a shared server is communal to several websites hosted on the machine. So, you can expect a resource drain even if one of the sites (other than yours) has a traffic surge. Most of the slow sites that you’d find today are the ones hosted on shared servers.

With its unmatched speed, Cloud hosting services can offer your blog just the right dose of vitamin that is to be needed for page-one rankings.

The nearer, the better

Ever wondered why most search results by default are from your own country?

It is because Google ranks webpages based on the server’s proximity to the user.

Even if your website ranks at a commendable position globally, there is little you could do if the user refines his search to return results from nearby locations. Obviously, websites that are hosted locally will stand higher in search results than yours.

Before Clouds became popular, companies would generally buy a number of domains (.us, .uk, .au, etc.) and servers to service different geographical locations.

Shared servers, VPS, and dedicated servers tie you down to a particular location. Cloud servers, on the other hand, do not have a fixed geographical footprint and are located at multiple locations, throughout the globe. So, your blog ranks higher than your competitor’s even if you have a .com domain.

Higher The Uptime, Higher You Rank

Though downtime should not affect your rankings significantly, it will increase your website’s bounce rate. No server will offer you 100% uptime availability, but some surely perform better than others. It is an ugly truth that sites that frequently run into downtime are off-putting.

Users are less likely to visit pages with which they have experienced downtime.

Uptime availability has little to do with SEO, but it drastically reduces the click-through rate. We run a clan that believes CTR rates do not affect google rankings. The philosophy behind it being: the traffic can be spammed easily, so it makes no sense using them as criteria for rankings.

Downtimes are inevitable, and all servers are bound to run into them someday. VPS and dedicated servers do not run into as many downtimes as a shared server. Nevertheless, they too can be troublemakers at times. Downtime isn’t as significant an issue with Clouds as it is with other servers. A Cloud provider replicates various instances of the database into multiple bare metal servers at multiple locations. Even if one of the machines holding data runs into problems, there are other servers to cater to your traffic in the meantime.

There’s no place in search engines for con artistry.

Google dives depths to ensure that only high-quality, original content finds its way to the user’s screen.

Bots are cool but can be scarier at times.

A bot can cause your website’s ranking to cripple by deploying one of these methods:

Your site’s content that took several nights for you to craft can be stolen by bots and posted somewhere in no time. Duplication of material could kill your SEO rankings as Google will de-boost it under plagiarism.

Slowing down the page

Another way in which bots can hamper your SEO is by slowing down your webpage, causing you to slip down the rankings list on account of slow page loading speed.

A distributed denial-of-service (DDoS) attack spams unnecessary traffic to your webpage till your server runs out of resources to accommodate any more traffic. Thus, the regular users visiting your site would face downtime and even outage.

A short outage is not going to affect your SEO too much, but if such attacks span for a prolonged period with frequent outages, your ranking is going to take a serious blow on its head.

Security and shared servers are antonyms. Though providers have worked a lot in securing shared machines, there still lie many loose ends.

A VPS and a dedicated server are secure, but if you are hitting with a blog for the first time, these machines will give you too much work to manage. Besides, you need to be well versed in server-commands.

Cloud servers are go-to for bloggers that cannot squeeze in enough time to outdo server management.

Ever since its inception, Cloud server hosting has placed security on the table and attackers at bay.

So, you might want to reconsider your decision of hosting a blog on any other server. Not only does Cloud provide a stable environment for your website, but it also offers your blog the security that it needs. So you don’t have to worry again about your search engine ranks.

Sachita is a content writer by hobby and fortunately also by his profession. A state level tennis player, Sachita has written short stories, poems, and snippets for a number of blogs (including his own).Cloud Computing, Web Hosting and Cyber Security are Sachita’s forte. She has an active appearance on Go4hosting belvedere, always ready for the enthusiast technical approach. 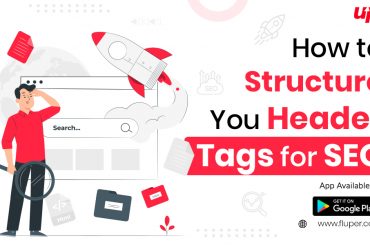 How to Structure You Header Tags for SEO 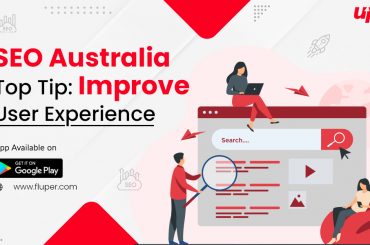 Best SEO Tool Preferred by SEO Experts in 2020 and Beyond

Mobile SEO – 10 Ways To Do It Perfectly