Recently Google is slammed by security experts because the vulnerability has disclosed related to Android phones. In Google’s February security update, it is revealed that the security bug leaves Android systems compromised with a modified Portable Network Graphics that could trick users through infected image. Portable Network Graphics mainly supports lossless data compression. In a report, it is revealed that security flaw has affected devices that are running Android 7.0 Nougat and the latest versions of the software. Well, the root cause of this alarming vulnerability has been a light approach to media content on Google’s part. Moreover, the latest firmware version is available on the Pixel handsets and the small number of Android One Devices that run a stock version of the operating system.

On 5 February, Google announced a bunch of new products that help users to secure their data. Besides this, the company also released a new Chrome extension that is known as Password Checkup. This tool matches users’ login credentials with its database of breached usernames that are included in the data leak. An automatic warning will be triggered by extension if your login credentials are matching. It is also revealed by the experts that the root cause of this alarming vulnerability has been a light approach especially to the media content on Google’s part.

It isn’t the first time when security research has shown that PNG files can be rigged for dangerous effect, such things also happened earlier. It is revealed by experts that the cause of this alarming vulnerability was a slight approach to media content. Google’s February security update addresses the issue but the global roll-out of the security issue will take more time. Google has also announced that the new encryption i.e., Adiantum aimed at less-powerful devices like entry-level Smartphone, TVs, and smartwatches. Experts also said that the new method is designed in such a way that there does not exist any need to use specialized hardware for efficient encryption of locally stored data. The good news is that Google has discovered a solution to such problems with an update to Android. But there are numerous third-party device makers & mobile app development companies who can take some time to roll out security patches to mobile phones. If your Android handset has not received the update then you are not protected. The most interesting factor is that Google hasn’t released technical details of the flaw.  Hence it is quite crucial to discover the hacking method. The company has not received any reports about the vulnerability against real users. 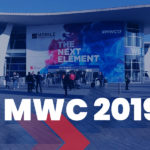 Smart Home with An App