Recently Google has announced to shut down its hangout service for consumers by 2020. In the year 2013, Hangouts was launched as a replacement for Gchat but in recent years it has been losing its features. The company has stopped updating the app and also has taken away SMS messaging. On the other hand, Hangout is still a prominent chat option that is available in Gmail and also exists in the Google Play Store. In present times, users generally prefer Whatsapp for Making video and voice chats. Well, Hangout is not too much popular just like Whatsapp and Facebook Messenger but it is still a handy tool that is used in various mobile app development companies.

Google Hangout is a communication platform that is actually developed by the company to provide various services such as messaging, video chat, SMS and voice over internet protocol features. Moreover, various users also reported that there exist a lot of performance issues in the Hangout app. In fact, Google has found it hard with social networking platforms after Orkut, which is why nobody speaks about this when the search giant announced that it is closing down Hangout Chat Service. According to sources, it is revealed that Google has taken this decision because of users’ privacy concerns. The tech website 9to5Google has also reported that Google is planning to shut down Hangouts service by the next year.

Also Read : Morgan Stanley has a ‘Serious Warning’ on Walmart

Well, there are other simple-to-use instant messaging apps that are introduced by Google i.e., Allo and Duo. Both of them have been introduced as brand new products but Hangouts is used as a collaboration communication service. In a report, it is also stated that Hangouts will continue to live on with G Suite’s Hangouts Chat and Hangouts Meet. On the other hand, Hangout chat is intended to be a team communication app comparable to Slack. Well, it might be difficult for those people who use Hangouts within Gmail and use it to communicate with peers. In 2012, the competition between GTalk and WhatsApp was extremely high and in fact, it was clear that WhatsApp was growing while Google’s app was stagnant.

Instead of improving services, the tech company decided to kill it and launched Hangouts. But the most surprising thing is that Hangouts also get failed to get good traction. Hangout was demoted in 2016 and at that time Google launched a new messaging app called Allo for text and multimedia messages and Duo for video calls. However, Hangouts users can use the app in other forms i.e., Hangouts Chat and Hangouts Meet as both platforms will remain in this tech world. Now we have to see how Google will unveil new messaging apps, the ones that are replacing Google Hangouts.

How to Develop a Top-Selling App in Easy Way? 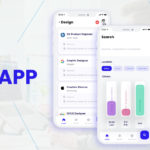