It seems like there is something wrong in the top management of Facebook. Year after year, someone from its top management is leaving the company they once served with their years of hard work. One of the latest exit’s from the company includes Facebook’s Chief Product Officer Chris Cox and WhatsApp’s Vice President Chris Daniels.

Both Cox and Daniels had vision separate to Zuckerberg and with Facebook CEO, Mark Zuckerberg’s recent announcement on social media website of interlinking WhatsApp, Facebook and Instagram to provide more convenience in usage and wipe out privacy issues. Facebook’s plan is to work on private messaging and making short timed content.

Why Cox and Daniels actually left?

Cox who had been with the company for 13 years headed a few of the most important projects. He worked on News Feeds and led the company’s design and product teams for many years. Him heading team who made Facebook’s application was one of the most beneficial projects he worked on. New York times reported that Mark and Cox who were very good friends had disagreements about the way company should be heading. This is why Cox decided to depart from the company.

Also Read : Cognizant bribery proves to be a tough test for L&T

On the other hand, Chris Daniels who was the VP of WhatsApp was not a fan of Facebook CEO’s announcement of merging Instagram, WhatsApp and Facebook. He had plans to improve the services of WhatsApp. This is one of the main reasons why Cox also decided to depart from the company.

Inclusion of Will Cathcart and Fidji Simo

Zuckerberg announced to appoint Will Cathcart, the new head of Whatsapp and Fidji Simo, the new head of Facebook application. With this, one thing is clear that Zuckerberg is not in a mood to settle at anything less than providing privacy to Facebook’s user. His plan of integrating the three top social media company’s service is indeed a revolutionary step.

It seems like departure of Cox is on happy terms unlike previous departures of Kevin Systrom and Mike Krieger, the Instagram co-founders, Jan Koum and Brian Acton, co-founders of WhatsApp, and Palmer Luckey, the co-founder of Oculus. Cox, who is a good friend of Zuckerberg posted a post on Facebook saying that “It’s a product vision attuned to the subject matter of today: a modern communications platform that balances expression, safety, security and privacy”. He also wished Facebook for their vision to provide encryption and privacy rather than expanding the products of the company. He said “This will be a big project and we will need leaders who are excited to see the new direction through”.

Our Take amidst all of this

We feel that Zuckerberg’s vision is good for providing encryption and privacy on social media platforms. As in the past as well, we have heard about Facebook data breach, privacy issues on WhatsApp and Instagram. Indeed Mark is a visionary human being and he can foresee what will rule the world in upcoming years. The next decades according to us will be governed by cryptocurrency, bitcoin, privacy features and of course big corporate engulfing smaller ones to expand their business. 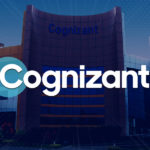 Cognizant bribery proves to be a tough test for L&T 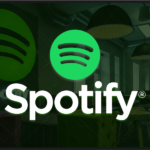