Facebook is launching its own pair of smart glasses called Ray-Ban Stories. The glasses start at $299 and will be available soon in Ray-Ban stores and on the eyewear maker’s website. On Sept. 13, the glasses will appear at Luxottica Retail locations including Sunglass Hut and Lens Crafters.Ray-Ban Stories is designed to help people live in the moment and stay connected to the people they are with and the people they wish they were with.

The Facebook glasses will include three Ray-Ban options: Wayfarer, Meteor and Round. You can also choose between different lenses, from sunglasses or clear to prescription lenses.There’s no augmented reality here. You’re not going to post status updates or like posts from your face. They’re straight-up sunglasses, but with high-tech features including cameras, microphones and speakers to capture photos, videos, and even listen to music. It includes a charging case, cord and smaller pouch to protect and carry the glasses. They have two cameras in each top corner, and the right temple includes a button on the top where you can press to capture video or press and hold to take a photo.

The glasses also feature built-in speakers and microphones, so users can take calls or listen to music. They connect similarly to wireless earbuds, so you can take a regular call or listen to music on apps like Spotify. A swipe with your finger along the temple adjusts volume higher or lower, while different taps let you control music or answer calls, just like wireless earbuds touch controls. 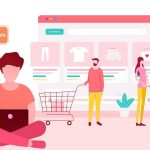