Under the new rules, the member states have two years time to write the directive into law. This would make Platforms like YouTube to be held liable for hosting content on its platform that is copyrighted without having any license to publish the same.

According to the directive, “YouTube needs to do its best efforts to get authorization of every content and if does not have rights mentioned then it will be published and shared on it.”

Many video sharing platform including YouTube has said it in the past as well that they can avoid this liability by adding more content filters which will make their job easier for preventing content infringement. But the EU’s directive does not necessarily require companies to do that, instead, they have made exceptions for parody and commentary content.

YouTube CEO Susan Wojcicki said that it recognizes the importance of keeping creators happy. This is why it has worked on improving its manual claiming tool which makes sure its content creators are not penalized for copyright claims for relatively shorter videos and accidental and unintentional usage of the content.

She also said that since YouTube already has dealt with almost all music and TV broadcasters and companies. YouTube makes sure its content is used in a fair way. She moreover said that “It could create serious limitations for what YouTube creators can upload. This risks lowering the revenue to traditional media and music companies from YouTube and potentially devastating the many European creators who have built their businesses on YouTube.”

Meanwhile, tens of thousands of protesters protested in the streets of Germany to oppose the censorship on the internet showing banners with “Save your Internet” written over it.

Many experts believe that if the EU could make a law for enforcing this directive, many YouTube audience and creators will shift to other platforms which have lesser strictness. Bull, the YouTube rapper said, “Either we are going to be in a really draconian, dystopian internet where everything is filtered like it is in China”.

YouTube, however, said that it is not the end of our movement but only the beginning. The company CEOs said on her blog post, “While the Directive has passed, there is still time to affect the final implementation to avoid some of the worst unintended consequences.”

Whatever the outcome be, YouTube still has two more years to improve its platform so that it could be used the right way. This will allow YouTube to work on things they would not work on.

Fluper as a Top Mobile App Developer continues to bring you the latest news and updates from the tech world. 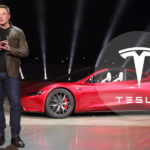 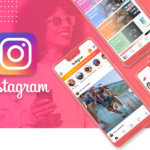