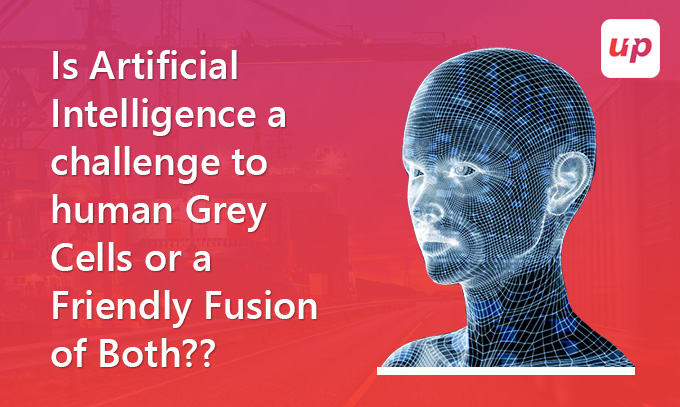 Is Artificial Intelligence a challenge to human Grey Cells or a friendly fusion of Both??

A much talked about computer wiring decked with artificial intelligence in the guise of humanoids portray a future predominant by the new species, which will mark the end of human civilization. This is not something that you, me and us like people commented. Rather this kind of statement came straight out of the mouth of one of the greatest brains of the decade, Prof. Stephen Hawking. He made a comment in BBC News once, “The development of full artificial intelligence could spell the end of the human race.”

Mobile application developers have already made smartphone an obvious replacement for many existing gadgets by making humans more dependable on the teeny tiny device. Mobile technology has just displayed one thing and i.e. technology is smart enough to not only put few gadgets such as alarm clocks, wristwatches, calendars, radio, notepads, telephone and few others in the cold storage but is intelligent enough to put the human brains in sleep mode forever. Top mobile app development companies need to be appreciated for their designed applications since each developed app is but pushing the human race to a point of primitiveness where the brain will be used to a minimal level. But controversies arise here when we speak about unused human brains since it is the human brain that gave birth to these technologies after all. Also, Hollywood Sci-Fi flicks are much to be blamed for filling our mind with scary images where the future is actually depicted as the one ruled by humanoids and machines but then they are the antagonists which eventually led to their defeat by the human race. Few such examples that crop up in reference to this context are IRobot, Terminator, and Transformers etc. One thing these films aptly reflected is that these robots are the creation of human brains and are eventually brought under human dominance by a magical turn of events. This is something we humans need to keep in our minds and i.e. not to lose our grip over our capability and agility to properly utilize the grey cells gifted to us by God Grace and not entirely depend on artificial intelligence.

Too much dependency on mobile phones and mobile developers for useful applications is placing our brain at many risks already.

However, few optimists still believe that such a situation may never ever crop up or we can witness a time zone where both the intelligence coexists in close harmony. Let us see what the experts’ belief:

5 million jobs will get replaced by intelligent machines by the year 2020.

Estimation of computers ‘ability to surpass human brain capacity by 2040.

Emerge as a military of artificial intelligence arms race.

Like many arguments, this particular topic also triggers mixed opinions among big brains. The fear of humans getting replaced with AI robots for most of the unintelligible profiles has been buzzing around for a while ever since few statistical figures came up in the tech world.

6% human jobs are likely to get eliminated in the USA in the coming years.

39% jobs in the legal sector get automated in the next 10 years.

95% chance for accountants to lose jobs to automation in future.

These startling figures definitely point out to an uncertain future for most of us. And companies have some specific reasons to design such conclusions. For that, we need to have an understanding of the advantages that employing Artificial Intelligence can come to companies against the human brain.

Incredible Speed with which they accomplish designed tasks exceeds way beyond any human above average can ever accomplish.

Round the clock service with no requirement for leave or rest, catering to endless inquiries of customers and clients at the same time.

Minimal errors with 100% accuracy enhance the operational efficiency when employed in the different business process thereby cutting down the cost of loss incurred due to human errors and accidents in workplaces.

Unbiased decisions since they are completely free and devoid of any kind of human emotion to influence their decision-making.

Multitasking with the capacity to accomplish more than one complex task right about the same time with no compromise on quality and proficiency.

Yet, the most advanced robot will fail to compete in mobility with 6 years old even. Is this the result that human race has accomplished after 60 years of research and development? SERIOUSLY!!

When we speak about the automated encroachment of human jobs, mixed opinions contradict the statistical figures mentioned above. Few suggest automated jobs are likely to put around 10,000 humans to work. Pretty Confusing EH!!

Then again, one thing we all cannot overlook and i.e. the greatness of human intellect, which actually is the mastermind behind the Artificial Intelligence and a future carefully, blended with artificial and human intelligence will be way beyond our forefathers could have ever foreseen. The symbiosis of humans and machines are more beneficial than either existing independently. Top-rated mobile app development companies prefer using AI bots in place of human executives to render customer service round the clock incorporated into their enterprise mobility solutions. Nevertheless, the human brain it is that worked behind such a creation. In reference to job confiscation, such a turn of events will eventually benefit the humans only since it will give them scope to evolve their skills and accomplish tasks beyond their capacity just to survive.

Come what may, humankind, the creator of machines, will always remain in charge to direct, operate and control the technology even if they get gradually independent and efficient enough. However, if the machines start thinking on their own, then it is a different scenario altogether. The question is will such a moment ever arise in the history and future of human civilization? Well!!Only the future will unfold. 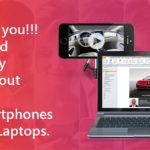 Dare you!!! Spend A Day Without your Smartphones and Laptops. 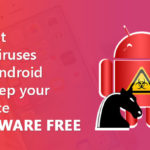 5 Best Antiviruses for Android to Keep Your Device Malware Free