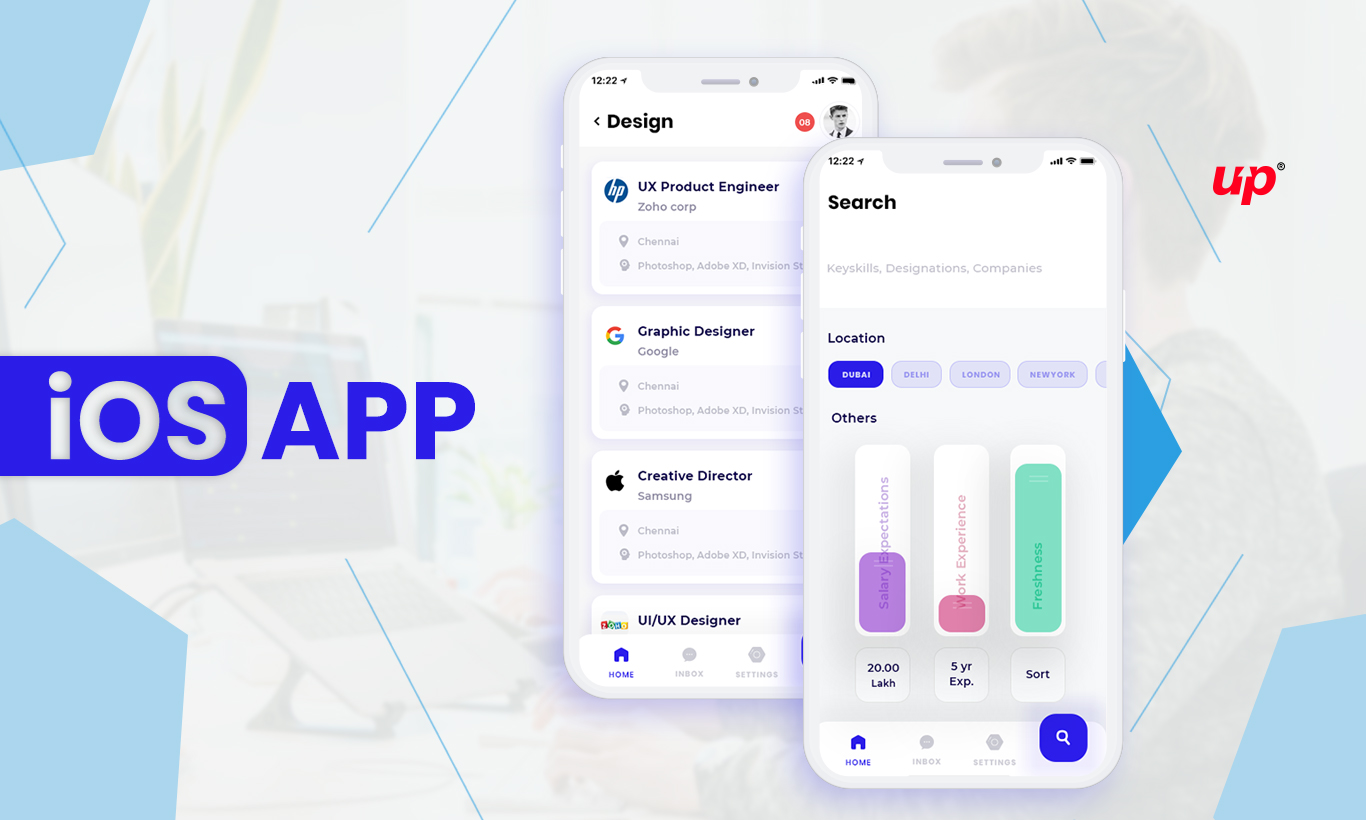 These days, there seems to be an escalating demand for smartphones owing to their overwhelming value. We need it for every work! From food delivery to entertainment and travel, everything is at our fingertips with apps. Businesses have understood the fact that mobile apps are the greatest way to lead in this digital time. iOS from Apple has always had quite a dignified spot reserved in the digital ecosystem and has a super specialized and explicit approach, when it comes to mobile app development for the platform. Due to this reason, the demand for skilled iOS app developers is also on a steady rise.

Talking about iOS, Apple has made this platform an essence of evolution and innovation. Every year, the Cupertino Company Apple releases new upgrades in its hardware and software. In line with these updates, the new iOS version arrives with more advancement. If you are going to invest in iOS app development for your business, this is something which you can’t miss! Today, I am to discuss iPhone app development trends for your next app that are going to rock 2019.

Before moving ahead, I would like to clear a dilemma about choosing the right platform between Android and iOS.
According to recent reports from Statista, there are 3.5 million Android apps available on Google Play Store and 2.2 Million apps available on App Store. Though in the number game, the Android apps are leading, but when it comes to the revenue earned, iOS platform is the clear winner. The whole enthusiasm around iPhone app development is because of the kind of revenue Best that can come with it.

Comparison of Android and iOS

If your company is a start-up and your capital is limited, Then iOS is the best place to begin because not only is it cheaper iOS also brings influencers and PR with it. Here are some other major reasons why iOS is all set to be the future of mobile app development.

So now, you must have thought to develop an iOS app for your business! Obviously gaining maximum revenue is the most important thing for businesspersons. Moreover, a wise move for all the iOS app developers to know of the latest trends that they can expect to emerge in 2019.

Also Read : How to Develop a Top-Selling App in Easy Way?

The trends in iOS app development keep on shifting year after year. It does create a major impact on the businesses. Here are latest trends that each iPhone app development company needs to follow: 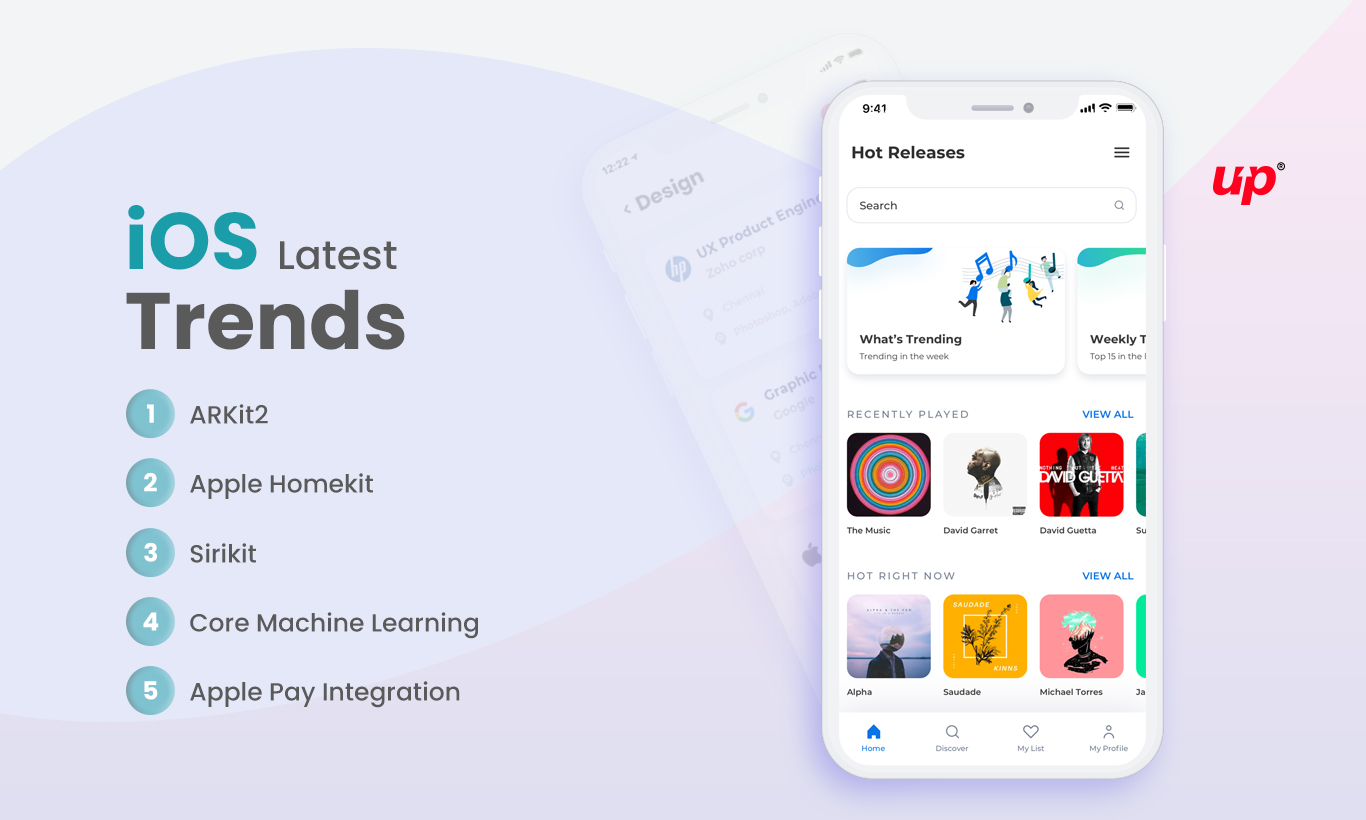 The time has come to you use ARKit framework in your next iOS app. Apple wants to serve amazing experience for AR apps. ARKit 2 is the next generation Augmented Reality app development platform launched with iOS 12. A better face tracking, support for 3D object detection, more focus on gaming and realistic rendering are the new and amazing features of ARKit2.

Apple’s latest HomeKit lets users communicate as well as control connected devices and accessories in the home using mobile apps quickly. HomeKit framework allows users to configure accessories and create actions to control devices. Moreover, the complete information of all the devices will be stored in a single file which can be accessed remotely. There is a huge opportunity for business owners to build IoT devices and apps to generate massive revenues.

Also Read : How to Develop a Top-Selling App in Easy Way?

Siri is absolutely one of my favorite features of iPhones. With the launch of iOS 12, Siri started providing integration to the third-party iOS apps with the name, Shortcuts. So, now the iOS app developers can build the iPhone applications that prompt various functions using Siri easily. In 2019, even it is expected to witness sharp growth in Sirikit, like automatic suggestions as per user’s motion, time of the day and location.

The iPhone app development can get command of machine learning with CoreML framework. The newer version, Core ML 2, is expected to play a necessary role this year in developing Apple’s future hardware-ready products. This new Core ML 2 toolkit allows the best iOS app developers to use quantization in reducing the 75% of the trained machine learning models’ size.

Apple Pay, a digital online mobile wallet makes it easy for iOS users to make online payments. And now, it will support all the iOS devices including iPhone, iPad, iOS watches and Mac laptops. This offers a great opportunity to the iOS developers who are looking to integrate a payment gateway in an app. Now, they can easily implement Apple Pay in their application. This secure digital wallet can facilitate the users to get rid of saving precious details of debit or credit card.

Integration of these concepts will help developers bring the next-gen mobile apps with desired feature. On the flipside, these technological advancements will also fuel the profitability of a top-rated iOS app development company, which relies on the technical expertise of its app development team. As a leading iOS and Android app development company, Fluper is ready to offer cutting-edge app solutions across different industry verticals. Contact us with your requirements now!